Leicester Square in central London was cordoned off on Saturday night

Police evacuated and sealed off Leicester Square on Saturday night after a man was reportedly seen on the roof of a five-star hotel.

Crowds gathered around the cordon at the tourist hotspot in central London and watched as officers attempted to bring the man to safety.

Witnesses claimed on Twitter that the man began throwing lighters at people and even launched a few bricks.

He was believed to be on top of the seventh floor of the Radisson Blu Edwardian Hampshire Hotel.

Photographs and videos of the scene shared on Twitter showed Leicester Square was empty for several hours, until the cordon was is thought to have been lifted at around 1.45am. Crowds were seen gathering behind barriers at the entrances to the iconic area.

“The whole of Leicester Square has just been evacuated so hope everyone’s safe,” one person wrote on Twitter.

Another wrote: “The whole of Leicester Square just got evacuated and there’s so much police around.”

One woman said she was at the theatre when the incident began and she was unable to get back into the building, after leaving to get food at the break.

“Obviously they had to evacuate Leicester Square just when I went to get food during the break, so that I was stuck on the other side of the square,” she said.

Global Security tweeted: “There is an ongoing incident on Leicester Square and most of the square has been cordoned off, including our main door.”

They later added: “The incident at Leicester Square resolved. Building operation back to normal.”

The Metropolitan Police has been contacted for a statement.

Meanwhile, elsewhere in the capital this weekend, the force said officers were called to Oxford Street after several people claimed thieves on sur-ron bikes had been robbing people at knife point.

The Twitter account for the Met’s Violent Crime Taskforce, @MPSViolentCrime, said one suspect was “safely taken off” a bike and arrested following a “short pursuit” and officers recovered several phones and a knife.

It comes after Trafalgar Square was evacuated earlier this month, on Sunday, June 4, after police were called to deal with a suspicious vehicle.

Several witnesses also claimed they heard explosions in the area, at around 9am.

A spokesman for the force said at the time: “Police attended a report from a member of the public at 9.22am of a suspicious vehicle in Trafalgar Square.

“This was investigated and after police took action we have no further concern.

“This was not terrorism related.”

The Samaritans is available 24/7 if you need to talk. You can contact them for free by calling 116 123, email jo@samaritans.org or head to the website to find your nearest branch. You matter. 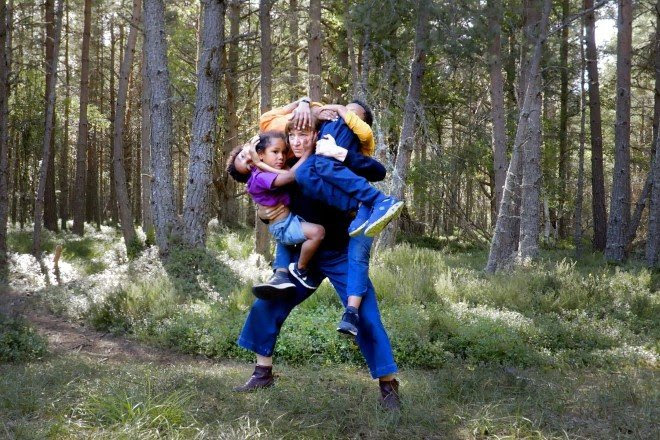