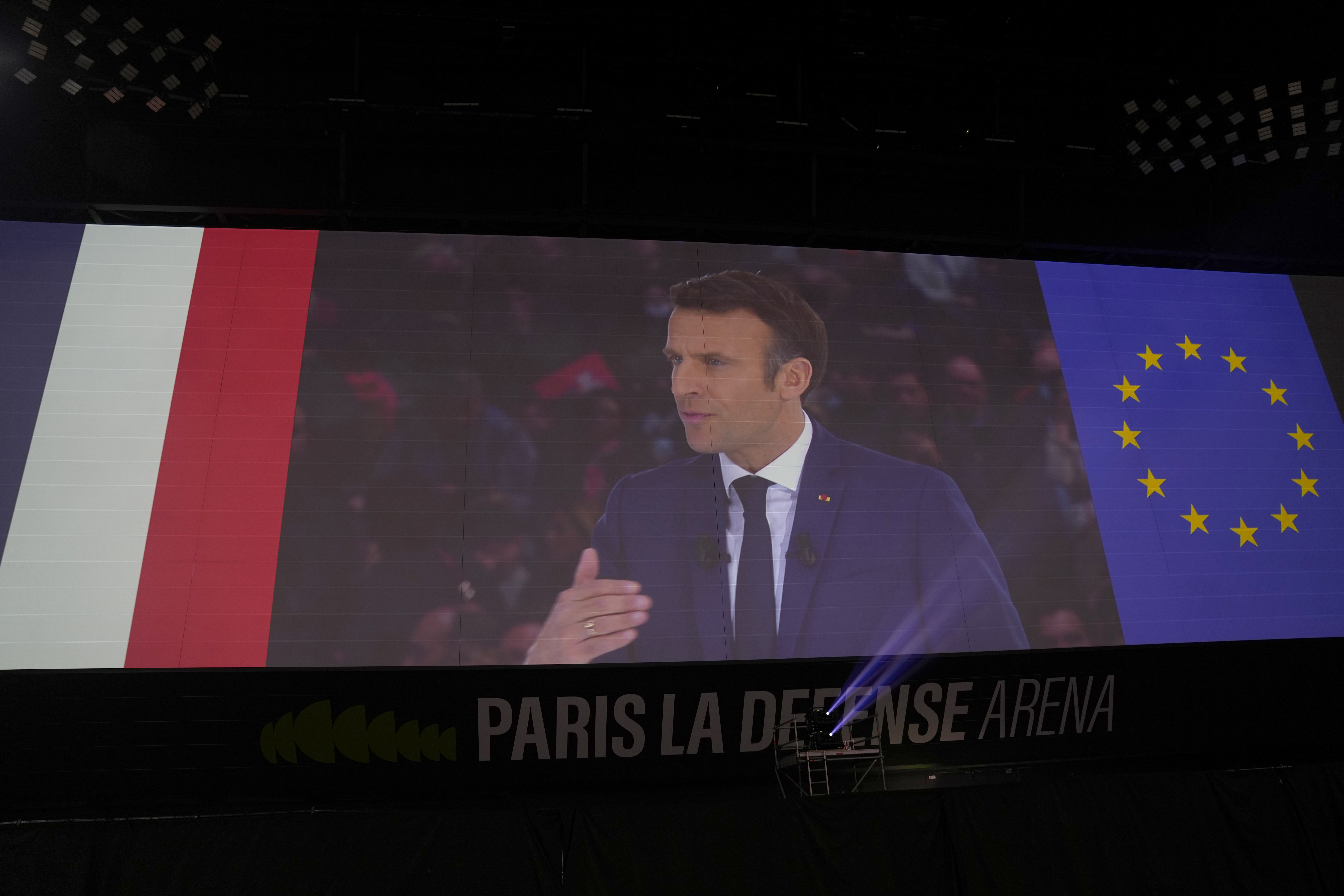 Despite the rise of far-right leader Marine Le Pen, in both first and second round polls, Macron will likely end a 20-year-old French incumbents’ curse on April 24 and win a second term in the Elysée Palace.

But the race, frozen for so long, has lurched into more uncertain territory in the last 10 days, and Macron himself encouraged fears of a Le Pen victory at a big rally near Paris on Saturday. He suggested that a far-right triumph in France would fit a disturbing pattern of “great global disorder” – geopolitical, environmental, sanitary and economic. Such a breakdown in the domestic and international consensus raised, he said, “the specter, perhaps, of global armed conflict.”

Exaggeration? Scare tactics? Yes, in part. The Macron camp is a little rattled. It also wants to exploit the tightening poll figures to enliven its complacent and passive voter base.

Anything that wakens up a long-torpid campaign is welcome, but I do not quite buy the “Le-Pen-might-win” scare.

When the Ukraine war began six weeks ago, a comfortable Macron victory seemed certain. He climbed 7 points in first round polls in two weeks.

Last week, a tremor of uncertainty – even panic – passed through the French political establishment. Two opinion polls, from polling institutes Elabe and Ifop, placed Le Pen within 5 percentage points of Macron in the two-candidate second round on April 24.

For more polling data from across Europe visit POLITICO Poll of Polls.

No matter. A flurry of stories commented on an upward trajectory for Le Pen. Some, who had written her off, discovered abruptly that she was still a force to be reckoned with.

Predicting an election more than two weeks out is a fool’s game. But here goes anyway. Most signs still point to Macron topping the poll in the first round on Sunday and winning the runoff two weeks later.

A Macron versus Le Pen second round was always going to be much closer than it was in 2017, when 66 percent of voters chose Macron. There will certainly be no landslide this time, but talk of a Le Pen surge is partly based on an illusion.

There has been no first round polling shift thaw the far fight in recent days; the change has all been within the far right. Between them, Le Pen and Eric Zemmour have shared 32 percent support for eight months. In the last four weeks, Le Pen has risen to 20-22 percent and Zemmour has fallen to 10 percent or below.

Similarly, there has been no collapse in the first round of support for Macron. Rather the opposite. For eight months or more, the president polled steadily at 23-24 percent. After Russia invaded Ukraine he zoomed up to 30 percent in POLITICO’s Poll of Polls. He has now fallen back to 27-28 percent – still well ahead of his pre-Ukraine levels and comfortably ahead of Le Pen.

The second round polling is also steadier than last week’s Ifop and Elabe surveys suggest. POLITICO’s polling analyst Cornelius Hirsch, the man responsible for the Poll of Polls, points out that Macron’s second round “lead” over Le Pen has averaged eight percent points for many months.

Just after the Ukraine invasion, Macron’s lead widened. Last week, the gap narrowed in all the polls and dramatically to just 5 points in those two polls. Both Elabe and Ifop have since slightly widened Macron’s lead again. Overall, the trend has reverted back to 56 percent for Macron against 44 percent for Le Pen.

There are good arguments why Le Pen might come close this year. There are also good reasons to believe that she will once again fall short.

Compared with 2017, Le Pen has a more moderate image, partly created by Zemmour, who outbid her on migration, race and Islam. Unlike 2017, she has momentum in the polls (even if mostly at Zemmour’s expense).

She has cleverly exploited the cost of living issue. She has a reservoir of far-right support (Zemmour’s) which will mostly transfer to her in the second round.

Most of all, Macron can no longer rely on a broad so-called Republican Front – a trans-partisan call, including from the left, to vote against the far right in the runoff. Some radical left voters have persuaded themselves (idiotically) that Macron is as bad as Le Pen.

On the other hand, substantial left-wing abstention, especially by the hard-left core supporters of Jean-Luc Mélenchon, is already accounted for in the polling showing a narrower second-round gap between Macron and Le Pen this year. Half of Mélenchon voters will stay at home, according to an Ipsos mega-poll for Le Monde last week.

Other left-wingers will again likely transfer to Macron, including 29 percent of Mélenchonistes, 37 percent of communists and 65 percent of Greens. So will almost half of the remaining center-right vote – and even some Zemmourists.

In the Ipsos deep-dive poll, 50 percent of those questioned said they would never vote for Le Pen. The equivalent figure for Macron is 38.5 percent. Variable turnout skews such figures, but it is tough to win a two-candidate runoff if half the electorate refuses ever to vote for you.

While Le Pen was historically good at mobilizing her voters, she has failed to “get out her vote” in every election since April 2017. In each vote in that time, parliamentary, European, municipal and regional, she has “underscored” the polls . Parts of her base never left home.

To win on April 24, she will have to outperform the polls. This election will be close – scarily close for some. Nothing suggests (yet) that Le Pen can then create the biggest shock in modern French political history.