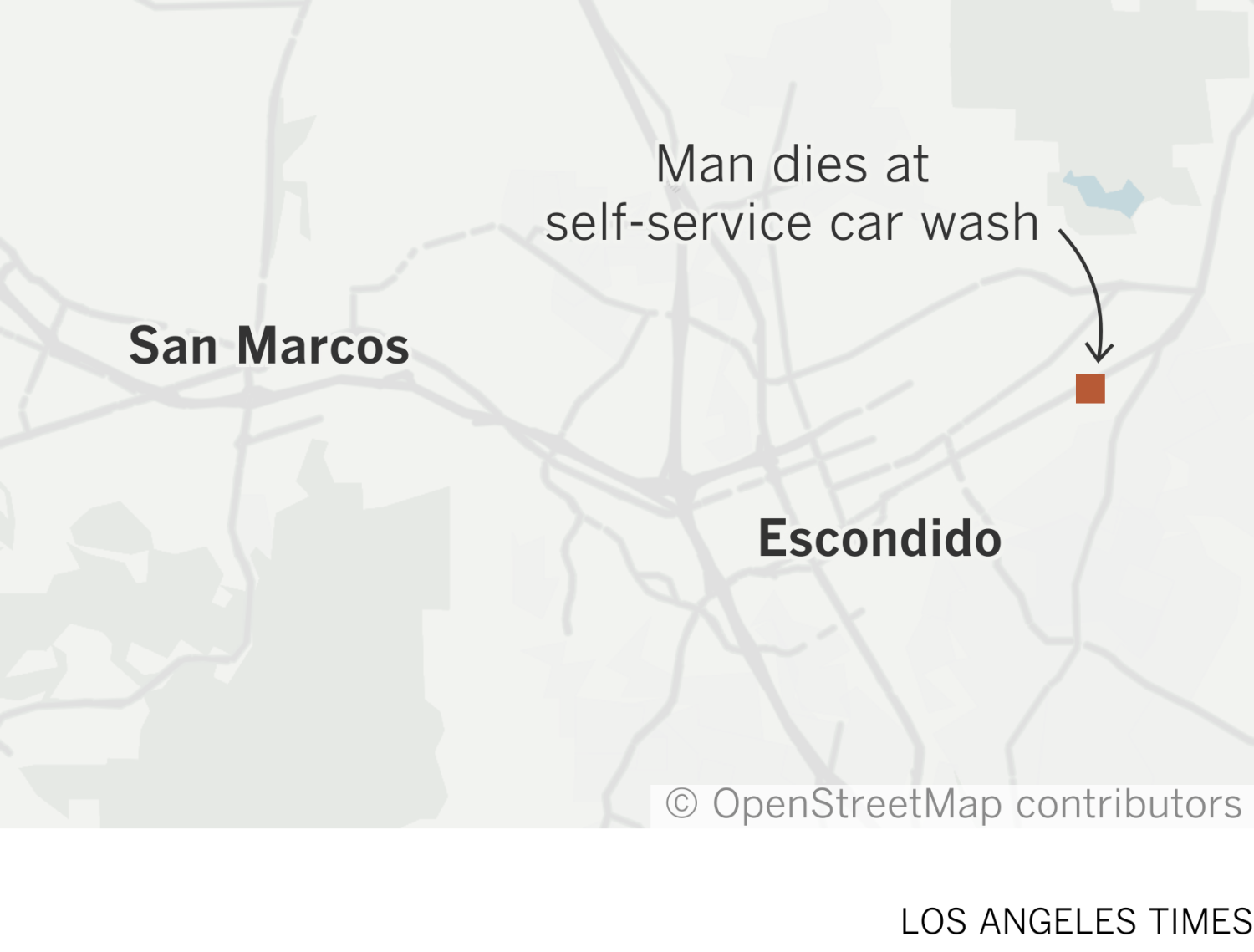 A man died after exiting his car while inside a car wash in Escondido on Friday evening.

Authorities identified the man as Rene Tactay Jaime, 56. He drove into a car wash in the 2100 block of East Valley Parkway and exited his 2014 Scion XB for an unknown reason, the Escondido Police Department said.

Officers responded to the location after another patron at the car wash heard an alarm going off.

According to Lt. Scott Walters, officers found the car in drive gear along with evidence that Jaime was dragged by the vehicle, which rolled forward after he exited it. Jaime became wedged between the left side of the vehicle and the left column of the car wash machinery. The car wash did not appear to be active at the time of the incident.

Officials said the man was unresponsive when officers arrived, and that he was pronounced dead at Palomar Medical Center.

The medical examiner has yet to release the cause of death.