NEW YORK — Police spent the morning searching for a stolen vehicle that allegedly had a child inside.

But investigators now say the child is safe and was never in the car.

Police say the child was with his mother in Pennsylvania the whole time.

The father admitted to officers his 1-year-old son was never in the car, but he maintains his vehicle was stolen.

The car in question, a gold Honda, was found parallel parked at 153rd Street and Gerard Avenue in the South Bronx with no one inside.

The situation started around 6:50 a.m. Monday in East Harlem.

Police said the father reported two armed suspects approached his car at 117th Street and First Avenue, threatened to shoot him and then took his car with his 1-year-old son inside.

“I’m glad the baby’s safe and in good hands,” another person added.

Police are searching for surveillance video in both Harlem and the Bronx to determine if the carjacking did happen.

The father is still being questioned, and it’s too early to say if he will be charged with filing a false report.

Natalie Duddridge is an award-winning journalist. She joined CBS2 News as a reporter in February 2018. 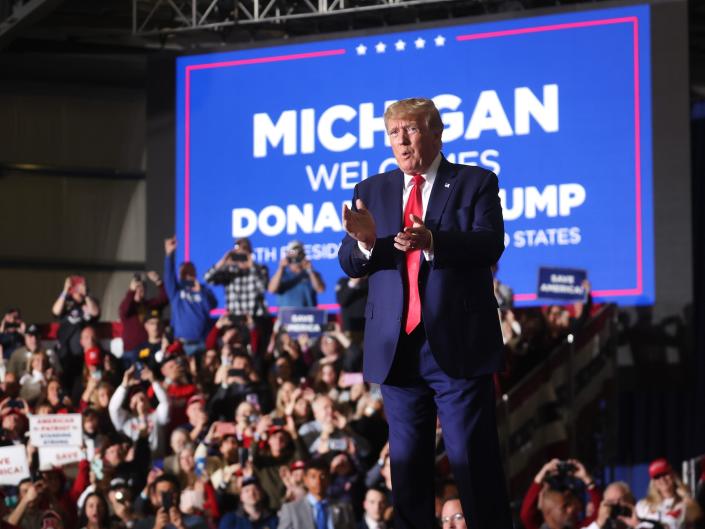 Latest News
Trump again repeated the claim that he won Michigan’s ‘Man of the Year’ award. The award does not exist.