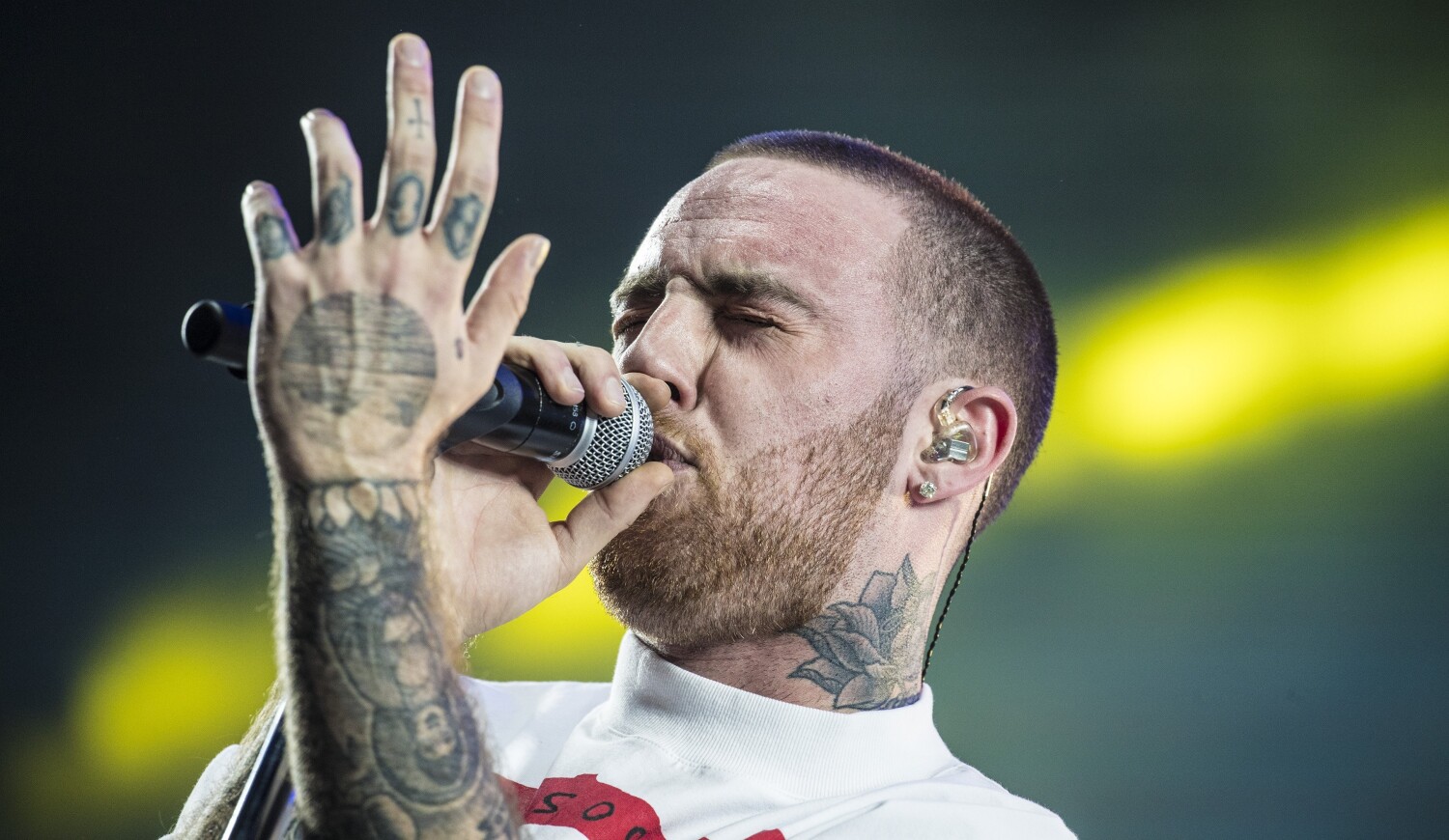 An Arizona man involved in supplying counterfeit prescription pills that led to the 2018 overdose death of rapper Mac Miller has been sentenced to nearly 11 years in prison, according to documents filed in federal court on Monday.

Ryan Michael Reavis, 39, was sentenced to 10 years and 11 months after pleading guilty to one count of distributing fentanyl, according to documents filed in U.S. District Court for the Central District of California.

Reavis is one of three men charged with providing the drugs that caused Miller’s death.

The 26-year-old rapper was found at his Studio City home on Sept. 7, 2018. Coroner reports showed he died after accidentally overdosing on a mix of fentanyl, cocaine and alcohol.

In a statement to The Times, Reavis’ attorney, Cori Ferrentino, called the case “very tragic and difficult.” Reavis was an addict who did not know the pills he delivered to a codefendant had fentanyl, Ferrentino said.

“Mac Miller was loved and admired by so many,” she said. “He fought many of the same demons related to addiction that Mr. Reavis has fought his whole life. It is not lost on Mr. Reavis for one minute that he will be able to return to his family and Mac Miller will not. ”

The attorney said she and Reavis were disappointed the court believes he should spend more time in custody, “but appreciate the sentence is lower than the government’s requested 151 months,” or 12 years and seven months.

Ferrentino said her client would use his time to “grow in his recovery” and to honor Miller’s life in whatever way he can.

“We strongly believe longer periods of incarceration for the addict / runner will not solve the fentanyl crisis,” she said. “We, as a society, have been down that road in the past and it did not work. Instead, treatment and accountability are part of the answer. Fortunately, Mr. Reavis has already begun down the path of recovery. ”

Reavis is the second person to plead guilty in connection with the death of Miller, whose real name was Malcolm McCormick.

Reavis, who formerly lived in West Hollywood, moved to Lake Havasu, Ariz., In 2019, prosecutors said after his November guilty plea.

According to his plea agreement, Reavis knowingly distributed counterfeit oxycodone pills to Pettit on Sept. 4, 2018, at Walter’s direction.

“Reavis admitted in his plea agreement to knowing that the pills contained fentanyl or some other controlled substance,” prosecutors said last year.

Miller “would not have died from an overdose but for the fentanyl contained in the pills” that he received from Pettit, and that Pettit had received from Reavis, according to the plea agreement.

The rapper was best known for his hits “Donald Trump,” “Self Care” and “Programs.” He first garnered attention at age 15 in Pittsburgh with a series of mix tapes, and signed his first record deal in 2010.

Miller was posthumously nominated for a Grammy for his last album, “Swimming.” His music began to incorporate R&B, jazz and funk, with his rapping showing promise for a talent that was just coming into his own. Miller’s music also delved into his struggle with depression and drug abuse.

Shortly after his public split with singer Ariana Grande in May 2018, Miller crashed his Mercedes-Benz G-Class SUV into a pole. The rapper and two passengers fled the scene in the San Fernando Valley, but he was later arrested and charged with driving under the influence.

His struggles had played out in the tabloids, particularly his relationship with Grande.

In an interview published in August 2018 in Rolling Stone, Miller said his breakup with Grande was difficult but that he was moving on with a new album.

“I’m just being real. That’s good. Now I have space for me. And that’s great too, ”he told the magazine.

He also pushed back against concerns over his drug use.

“Most likely I will die in jail,” Pettit wrote, according to court documents. In the exchange, he said he was going to move to another country and get off the grid.