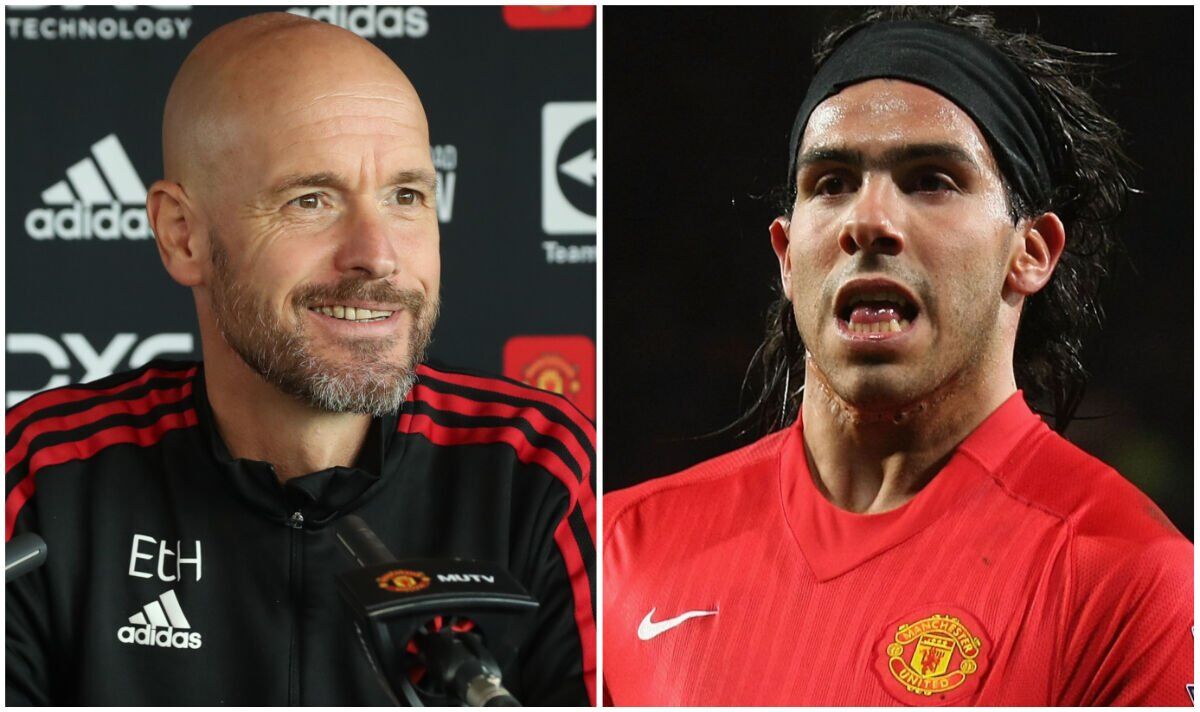 Former Manchester United defender Wes Brown has claimed that the Red Devils may have found their new Carlos Tevez ahead of transfer deadline day. The Argentinian striker spent two years at Old Trafford before moving to local rivals Manchester City, and was renowned for his tenacity which Brown has noticed in a current United player.

Lisandro Martinez has divided opinion since making the move from Ajax this summer, but has been nominated for the club’s player of the month alongside Raphael Varane and fellow new boy Tyrell Malacia. Brown believes that the Argentine defender deserves to win the award, and admits the 24-year-old reminds him of Tevez.

“If Varane can stay fit, he will do that more consistently throughout the season. But, for me, the Player of the Month has got to be Martinez,” Brown told MUTV show The Debate. “He reminds me of a Carlos Tevez at the back – he just doesn’t give you any rest, he is always there.

“The striker gets the ball and he thinks he can have a nice day, but then boom, he’s having it! Some fouls don’t matter either and I like it. He’s on you, he’ll give you [a challenge] and then run off. The striker is [left] wondering what it was for.

“He just gets on with it all day. He’s there for 90 minutes, always on his toes, and it’s up to you to do something about it. That’s why I say Martinez. To come back from those first two games when he got a lot of stick, it takes a lot of character.

“With Martinez coming in, in the first two games he got a lot of stick, but with the sort of player he is, he just gets on with it, he grits down and I like him. He doesn’t give the strikers any room, he is always in your face, he doesn’t give you any room and strikers don’t like that. It takes their mind off the game. If it’s a foul, he just gets on with it, shoves his arm up and carries on, there’s no moaning.”

“This team likes to work hard, but we definitely like to party harder,” said captain Leah Williamson, looking happy and{...}

This Manchester dream home in a sought after location with indoor pool and large private garden is for sale for{...}

Sutton’s credentials as one of London’s greenest boroughs have been on full display during the Council’s annual Sutton in Bloom{...}