According to reports in Spain, Manchester United continue their raid on FC Barcelona players with Memphis Depay being their new target for the striker position. Manager Erik ten Hag is a keen admirer of the Dutch forward and has identified the player as a potential target to solidify his attacking line.

United and the Dutch manager are already pushing to secure a deal for Frenkie De Jong with Barcelona, who themselves have to bring down their wage bill in order to escape financial sanctions. Now, Depay has joined his club and national team colleague on the shortlist of the Manchester club.

As reported by Spanish publication Sport (via Metro), the Catalan giants are open to selling the 28-year-old for a fee of over €20 million (£17m). The Spanish side are looking to lighten their wage bill as well as generate funds through player sales. The Netherlands international is among the players who have been transfer-listed by the Blaugrana.

Now, according to Spanish journalist Gerard Romero (via The Express), Manchester United are looking to bring Memphis Depay back to Old Trafford this summer. The report states that the Red Devils were always interested in re-uniting with their former forward.

Memphis Depay spent one-and-a-half years in the Premier League with Manchester United where he was not very successful. However, the Dutch striker regained his form after moving to French club, Olympique Lyon. He was also a very important part of his national team when they were going through a transition phase.

The 28-year-old forward made 178 appearances for Lyon in which he found the back of the net 76 times while assisting another 55 goals (stats via Transfermarkt). Such impressive performance led to Barca making a move for him and sealing a deal last summer.

He enjoyed a fairly decent first half of the season at Camp Nou under previous manager Ronald Koeman. However, things changed after Xavi took control and Depay has been out of favour ever since. Barca have bounced back and currently look like a serious threat in Europe. Meanwhile, the  has had very little contribution to this resurgence.

Barcelona board had new direct talk with Memphis Depay this week. Xavi counting on him in case he decides to stay – if not, club flexible on “low” transfer conditions. 👀🔴🇳🇱 #FCB

Memphis would accept a potential transfer only to important club. pic.twitter.com/K31nxFXetm

Although the Dutchman started as a left-winger, he can also play as a centre-forward. He has majorly played as a centre-forward in recent years for both Lyon and Barcelona. Manchester United are facing issues while searching for a proper number 9 in the transfer market after Cristiano Ronaldo reportedly made his future at Old Trafford uncertain.

Even though Depay plays as a striker, he has very good creative abilities. Set-piece delivery and key passes are a few of his strongest attributes. The forward  is also very good at dribbling, letting him draw fouls from the opposition players.

If the free-kick is within range then Depay does have a good chance of scoring directly since he is also brilliant at taking long shots. The Dutchman can also hold the ball to bring his teammates into the game. He often uses his passing skills to release a player on the run.

Since Xavi does not see the 28-year-old in his plans, there is no chance he will get starts at Barcelona. So the striker will not be happy at the club. Eventually, this might result in a performance drop and he might even lose out on a place in the Netherlands squad for the World Cup later this December. So it is not illogical to think that Depay could be angling for a move away from Camp Nou.

Out of all the Premier League clubs who have contacted Barcelona for Memphis Depay, Manchester United are the most lucrative side for the Dutchman, especially having been a flop signing for them in the recent past.

The Dutchman looks more confident now and could play more freely now at United under a manager like Ten Hag. Since Premier League sides play a more open game than La Liga sides, he has a very good chance of succeeding in his second stint in England. Barcelona have also strengthened their attacking options with the signings of Raphinha and Robert Lewandowski and Depay is now surplus to their requirements.

Follow AD for the Latest Transfer Updates for Manchester United. 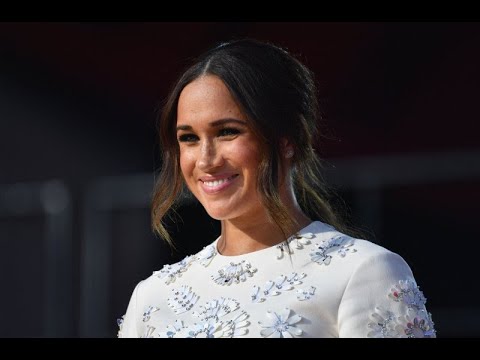 British Airways has reportedly suspended selling short-haul tickets from Heathrow for at least a week. Tens of thousands of flights{...}

Toby Penty was relieved to put his badminton bronze heartbreak behind him and kickstart the men’s singles with a win{...}