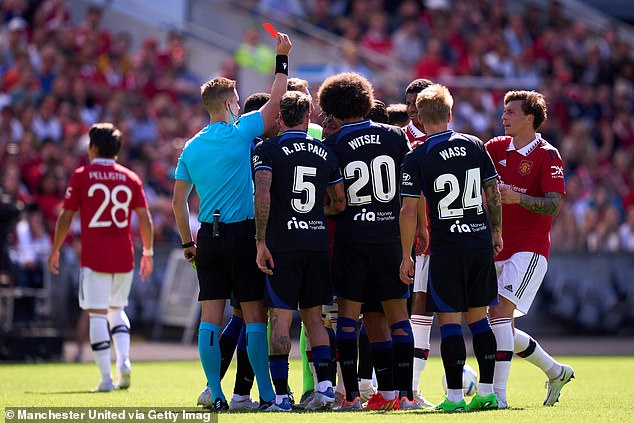 A friendly against Atletico Madrid is one of football’s great contradictions, and it was no surprise to see Manchester United dragged into a rather niggly pre-season battle with Diego Simeone’s side as they were beaten by a late Joao Felix goal at the Ullevaal Stadion.

The Brazilian was one of 10 substitutions made by Atletico boss Diego Simeone in the second half, and he struck in the 87th minute to settle this testy affair. The ball was played out to Joao Felix on the left and he cut inside Diogo Dalot before using the Portuguese as a shield to trick David de Gea with a low shot inside his right-hand post.

The afternoon got even worse for United and their new manager Erik ten Hag when Fred was sent off in the 90th minute as he received a second yellow card for planting his foot into the body of Alvaro Morata who was on the floor. 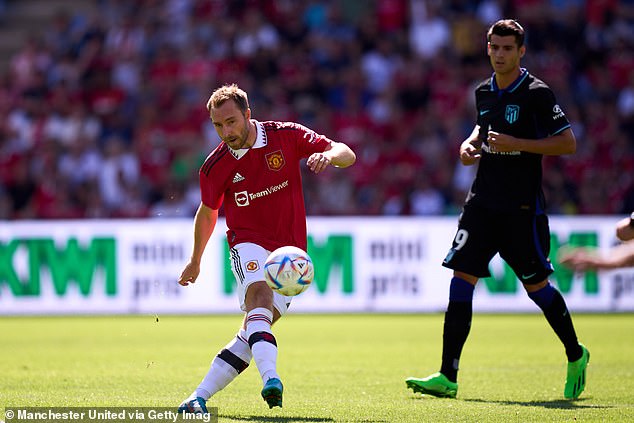 It was the seventh yellow card shown by referee Espen Eskas, two of which came following a 20-man melee just before half-time.

So a first defeat in five pre-season outings for Ten Hag. If he was looking to toughen his team up in readiness for the new season, then this was the ideal test. United were forced to fight every step of the way, and maybe that isn’t such a bad thing for a group of players who were less than united last season.

If Ten Hag was hoping for more goals after scoring 13 times on the club’s pre-season tour of Thailand and Australia, then he was to be disappointed.

United failed to score for the first time under the Dutchman against the team that knocked them out of the Champions League in March.

There was a promising debut for Christian Eriksen, the Denmark international who came off the bench in the second half to a warm reception from his Nordic neighbours here and immediately began creating chances. 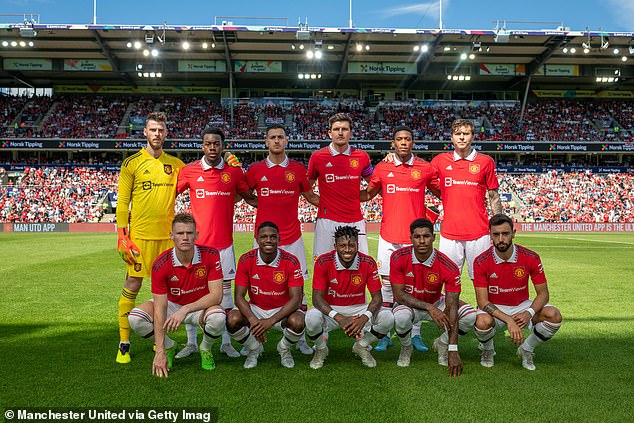 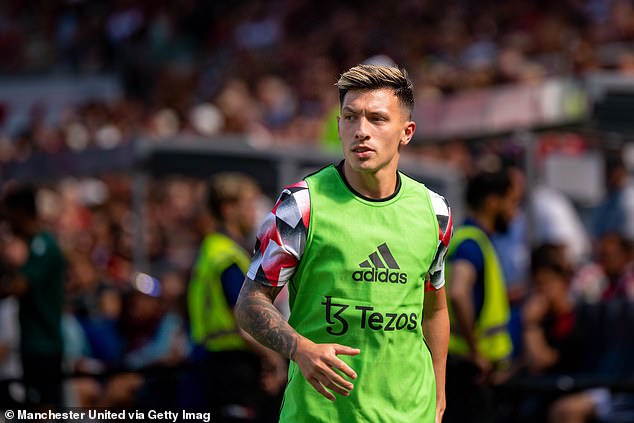 Ten Hag brought what is meant to be his first-team to Oslo ahead of next weekend’s opening Premier League fixture at home to Brighton, with the players left behind – including Cristiano Ronaldo – set to face Rayo Vallecano at Old Trafford on Sunday.

However, Jadon Sancho fell sick at United’s hotel overnight so Anthony Elanga started on the right side of the attack. With Luke Shaw not on the trip, new £14.6million defender Tyrell Malacia started at left-back and United’s other two summer signings Eriksen and Lisandro Martinez were on the bench.

Malacia was involved in setting up United’s first chance of the match in the second minute as the English side made a bright start in the Oslo sunshine. He did well to get out of trouble close to his own penalty box and play the ball to Bruno Fernandes who set Marcus Rashford free with a long ball down the left. Rashford cut inside Stefan Savic before forcing a smart save from Jan Oblak at his near post.

Moments later, Anthony Martial latched onto a loose ball and went through on goal but lifted his effort narrowly over the bar under pressure from two defenders.

Martial looked sharp again here after scoring three goals on tour and is expected to lead United’s attack against Brighton regardless of how Ronaldo plays against Vallecano, with the Portugal star thought to be three weeks away from full fitness. 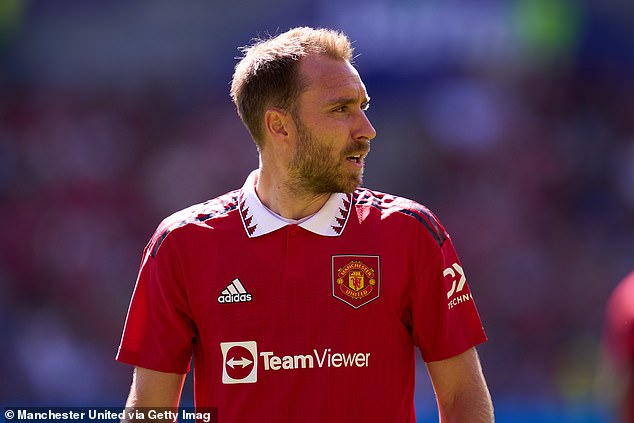 Atletico came back into the game, however, and twice had a clear sight of goal as the first half wore on. First, Angel Correra blazed over after Yannick Carrasco’s free kick was knocked down to him. Then Victor Lindelof made a hash of clearing his lines from Marcos Llorente’s shot and had to recover quickly to nick the ball off Geoffrey Kondogbia’s toes in front of goal.

It wouldn’t be Atletico Madrid without a bit of niggle, though, and the rest of the first half descended into a litany of petty fouls and bookings.

Fred joined Thomas Lemar in the referee’s notebook for hacking down Correa and Reinildo followed for flooring Elanga after the youngster had stolen the ball off him close to goal.

Elanga needed treatment minutes earlier when he took a boot to the groin in a challenge with Llorente. United’s medical staff then had to treat Harry Maguire for a cut lip as he complained to the referee.

Tempers erupted in the 39th minute when Scott McTominay barged into Oblak as he came out to claim a high ball, and all 20 outfield players were involved a melee in the Atletico box which ended with McTominay and the Slovenia keeper being booked. 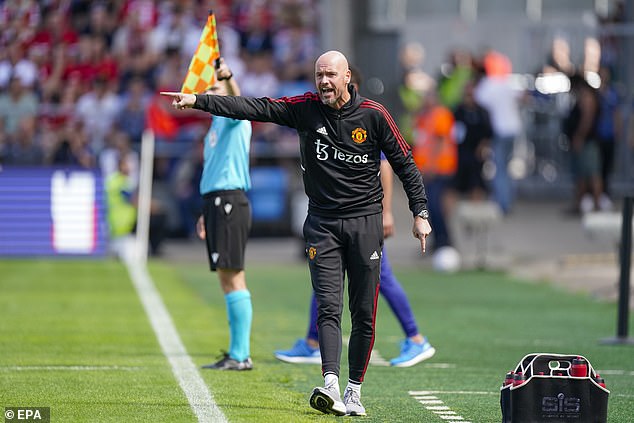 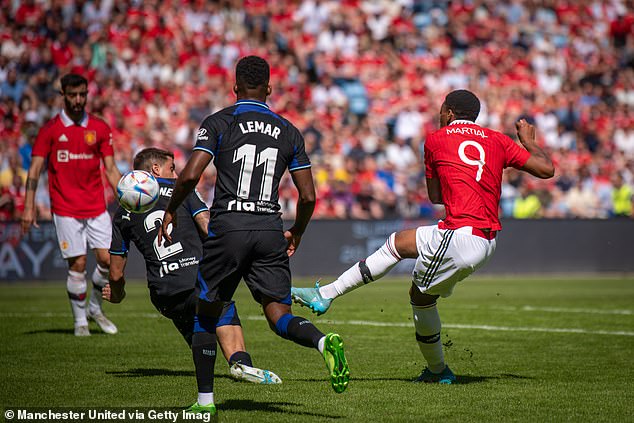 Maguire then received the fifth yellow card of the game early in the second half and Martial was receiving treatment when Simeone made 10 changes just before the hour mark.

Ten Hag was more reserved with his changes, waiting until the 69th minute to give Eriksen his debut in place of Martial and sending on Donny van de Beek for McTominay.

Atletico should have gone ahead second earlier but Saul Niguez guided a first-time shot over the bar from point-blank range when Joao Felix’s cross found him in front of goal.

Eriksen’s first real contribution was to float a lovely pass diagonally across goal but neither Rashford or Elanga could quite get on the end of it. Soon after, his corner picked out Maguire unmarked in front of goal but the United skipper inexplicably headed wide.

It proved costly as Joao Felix stepped up to snatch the winner. Fred seeing red was a fitting end to a rather bad-tempered friendly. 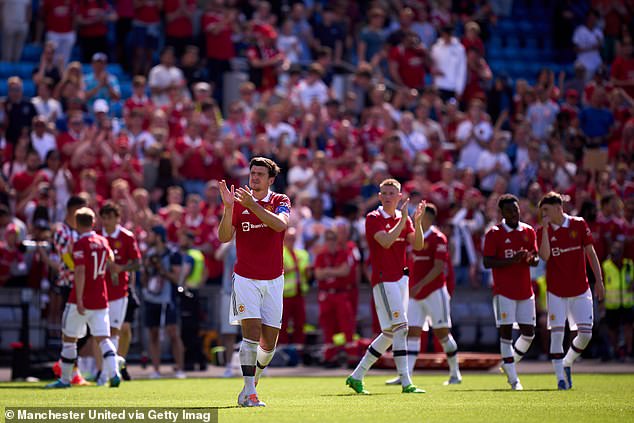 Timothy Parker feels ambivalent about the events of the last week. “On the one hand,” the 21-year-old says, “someone of{...} 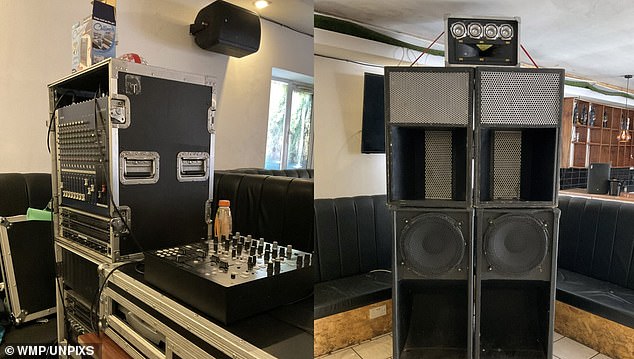 ‘Britain’s roughest nightclub’ has been shut down in a raid by police after it was linked to a string of{...} 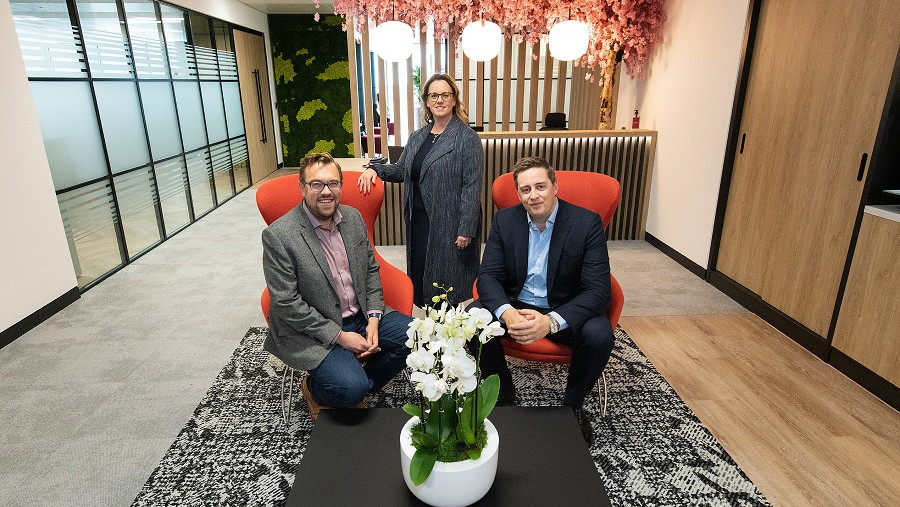