Press reports announced earlier this year that Ed Woodward was stepping down from Manchester United at the end of 2021, but he may not be going very far anyway.

It was one of those moments that came and went in such a way that it triggered a double-thank you. In the slipstream of the announcement of the European Super League at the end of April, there was an outpouring of anger from supporters over the decision taken by England’s six biggest clubs to unilaterally break out to take part in the new competition.

Among the fiercest protests of all came at Old Trafford, ahead of a scheduled Premier League match between Manchester United and Liverpool on 2 May. Supporters protested outside the stadium before breaking in, entering the pitch and into the stands. Kick-off was delayed at first, but it did not take long before the match was postponed and eventually played 11 days after the originally scheduled date.

One of the more surprising effects of the implosion of the European Super League at the end of last season was remorse. Liverpool’s John W Henry issued a notorious apology where he looked as if he himself might well have been kidnapped. Spurs hastily arranged meetings between the club and the supporter groups. And at Manchester United, Ed Woodward fell on his sword. Well … almost.

There was always something eyebrow-raising about Ed Woodward’s non-resignation. At the time, this was spun a lot as a matter of conscience over the European Superliga decision. Consider e.g. this simultaneous report from Sky Sports: ‘Man Utd’s chief executive stepped down because he thought he could not support Super League plans. That seems pretty crucial, right?

It took six months for the truth to come out. It wrote The Athletic a long report (£) who filled in some of the blanks regarding what was happening at the time, especially that Luke Shaw had accused Woodward of treating the players ‘like children’ during the meeting on the decision to enter the competition without consulting them in any way. Woodward’s involvement in the plot was exposed, including details of meetings with the government and the sheer duality of how the league emerged in relation to the clubs’ relationship with UEFA at the time.

The key detail in all of this was something that was given a bit of a pass. Ed Woodward did not step down as vice-president of Manchester United in April; he announced that he would leave his post by the end of this year. Woodward has actually returned to Old Trafford this season, to United’s home games against Newcastle – which marked Cristiano Ronaldo’s return to the club – and then again to the home game against Aston Villa. 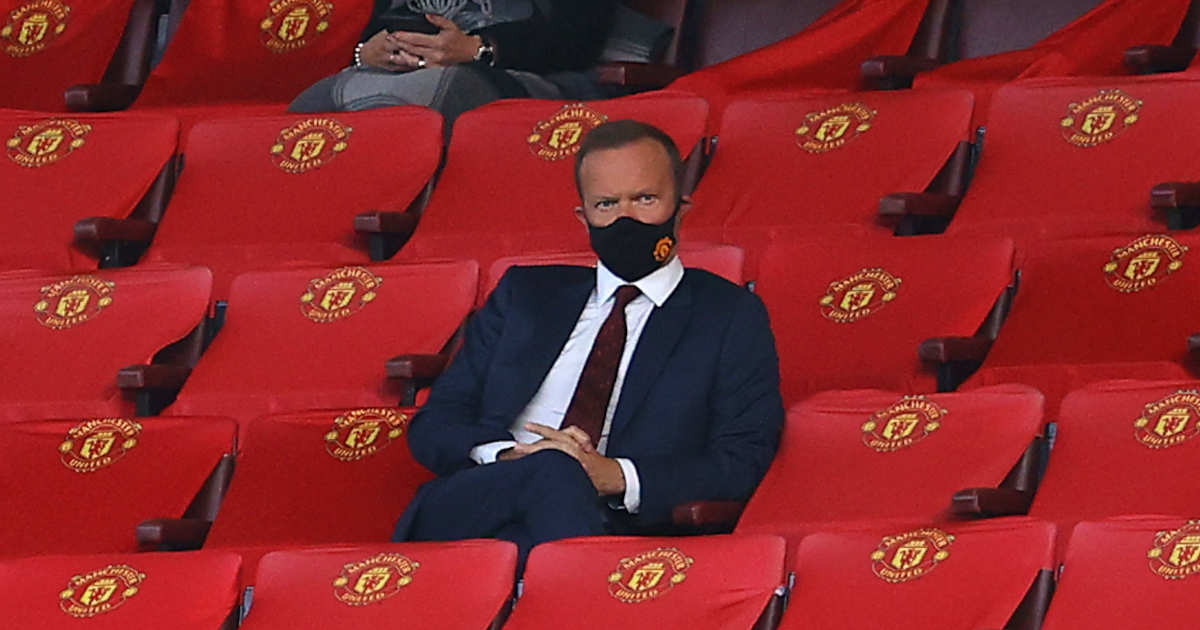 But now we’re in the last few weeks of this year, and the talk is starting to grow that Woodward will continue after all. It writes the Daily Mail that he is now in negotiations with the club to stay in a consulting role after he formally leaves his leading position, and this arouses already well-known outrage among Manchester United supporters.

The article itself says that “insiders say it’s common when top executives leave a company to enter into an agreement that allows the company to invoke their knowledge if necessary”, but it raises its own questions. The impression of the reporting of Woodward’s initial resignation was that he had fallen on his sword, with the consequence that it was a pure breach. The talk of him leaving at the end of the year was tolerated by supporters with the implicit understanding that finding a replacement for a senior position can be a lengthy process and a process that should not be rushed.

At no point at that time was it mentioned that “Oh, by the way, it’s pretty common in business for outgoing leaders to be held in a non-executive capacity”. In these particular circumstances, it is in fact not unreasonable to assume that the resigned does not assume such a position, even though it is common business practice to do so. This could be further extrapolated as yet another example of the way in which company practices themselves are broken and of how managers routinely fit their own.

It may well be legal. This may very well be normal business practice. But it does not do it right, and when we look back on that period, the whole process – the resignation (subject to it being later in the year) is followed by reports several months later that he will retain some influence in the club – looks shady and double-minded, as if it was always the plan to give the impression that he resigned in recognition of the great anger over both the European Super League and the way Manchester United have been run. for years, while changing as little as possible in actual, practical terms.

Ed Woodward has come to be symbolic of the pallet that has fallen over Old Trafford in recent years, a world where official noodle partners and social media brand engagement is at least as important as winning football matches. At Manchester United, the anti-European Superliga protests had the extra edge of that context behind them, a bubbling well of anger that has simmered for years and has occasionally come to blow completely.

Manchester’s history of radicalism stretches far back, and one particular story immediately emerges. In 1976, The Sex Pistols plunged into British pop culture with a show at the Lesser Free Trade Hall in Manchester for 40 people, a show that is widely believed to have blown punk rock into this country. But less than two years later, the band was about to collapse, and at the end of what was to turn out to be their last show, in Winterland, San Francisco, a tired Johnny Rotten audience asked, ‘Ever get the feeling you’ve been cheated on? ‘

Manchester United fans who had expected Ed Woodward to be away from Old Trafford by the end of this year might be thinking exactly that.