More than 1,000 people gathered in downtown Los Angeles on Saturday for a student-led march against gun violence that was prompted by a recent spate of mass shootings, including one at an elementary school in Uvalde, Texas, and another at a supermarket in Buffalo, N.Y., that together killed 31 people.

The L.A. March for Our Lives rally, which started at Grand Park at noon, is one of hundreds taking place across Southern California and the nation in solidarity with a flagship march in Washington, D.C. The movement emerged after the 2018 shooting at Marjory Stoneman Douglas High School in Parkland, Fla., that killed 17 people.

“Students are here leading this march and every other march across this country today because our futures are at stake and our generation is at stake,” said Shaadi Ahmadzadeh, 19, a UC Berkeley student and one of the organizers of the event.

She called for universal background checks, an increase in the age for legal gun possession from 18 to 21 and a ban on assault weapons and high-capacity ammunition magazines.

“I remind you, this movement here is led by students, not by politicians, by students like me,” she said.

Carrying signs that read, “Arms are for hugging,” and “Protect our children, not guns,” hundreds of demonstrators stretching over three blocks marched up 1st Street to chants of, “Hey, hey, NRA, how many kids have you killed today?” and “No justice, no peace.”

Nick Leeds, 26, of Santa Monica, who helped set up for the rally, had not particularly focused on gun violence before the massacre in Uvalde. But watching the news of the shooting, he saw a grownup holding a pair of shoes of one of the child victims.

“That kind of set an alarm for me, you know?” said Leeds. “I am Jewish and I had seen the kids’ shoes in the Holocaust museum. So it really kind of hit me. Something has to be done.”

Speaker Joseline Garcia recalled the trauma of being a student at UC Santa Barbara during a mass shooting near the campus. A misogynistic extremist killed six people and injured 14 more in a series of attacks in 2014.

Her parents wanted her to drop out and come home to Los Angeles. As the first in her family to go to college, she refused to leave, she said.

“I said, ‘I can’t leave school because our family has worked so hard as immigrants to get here and I cannot walk away right now,’” she said.

She assured her mother. “I said, ‘I am safe and this will never happen again.’

“I lied to my mom,” she continued. “I lied to us both. I lied because I knew this was going to happen again.”

Garcia said she called her friends on the eighth anniversary of the shooting last month. Just a day later, the Uvalde shooting occurred. The subsequent phone call with her UCSB friends was difficult.

“We just sat there in silence because we are grieving but we’re grieving hoping that no one will ever have to feel what we feel again, that no other generation will have to endure these experiences,” she said.

“The reason why this is happening is not an accident and is no longer about being in the wrong place at the wrong time. The United States has a gun control epidemic and we must continue doing something about it.”

Erin Barker, 23, said she lost a family member in a drive-by shooting and had another relative who survived a mass shooting at Northern Illinois University, where a gunman killed five students and injured 17 other people in 2008.

“The problem is you’re not listening,” she said of politicians. “The problem is that people are continuing to die on your watch. The United States is No. 1 in mass shootings in all the world.”

Barker, a student at Los Angeles City College, said she has been to multiple events since her teens, demanding an end to the violence.

“Everyone has the right to their arms,” she said. “However, we need to have stricter rules and policies. It’s easier to get a gun, to get an AR-15, than to get a driver’s license. That’s just really, really, really annoying and unacceptable.”

The demonstrators called on political leaders to treat gun violence as a public health emergency and take steps to address it, including by holding the gun lobby and industry accountable, passing legislation to raise the standards for gun ownership and addressing root causes of violence, including poverty and law enforcement targeting of communities of color.

The U.S. House this week passed a bill that would enact some of the demonstrators’ desired reforms — raising the age limit for purchasing a semiautomatic rifle from 18 to 21 and prohibiting the sale of ammunition magazines with a capacity of more than 15 rounds — but it has almost no chance of passing the Senate and becoming law.

The legislators took the action after a House committee heard testimony from recent shooting victims and family members, including an 11-year-old girl who covered herself with a dead classmate’s blood to avoid being shot at the Uvalde elementary school. Nineteen children and two teachers were killed in the May 24 attack, which also wounded 17.

A self-professed white supremacist is accused of opening fire at a Tops supermarket in a majority Black neighborhood in Buffalo 10 days before, killing 10 people and wounding three others.

The suspects in each of the shootings, both 18, legally purchased the semiautomatic weapons used in the attacks.

“Our generation has grown up watching these horrific shootings unfold, and we see the same cycle repeat itself: mass murders, specifically with an AR-15. Public outrage, thoughts and prayers, rinse and repeat,” said Cameron Kasky, 21, a survivor of the shooting at Marjory Stoneman Douglas High School who helped organize the first nationwide March for Our Lives protest. He was the last speaker before marchers left L.A. City Hall.

He said it’s important that people march to show how angry they are and that they won’t stop until their demands are met.

“Every step you take, remember that there are thousands and thousands of kids that are dead and cannot be marching right now because they caught a bullet from an AR-15.” he said. 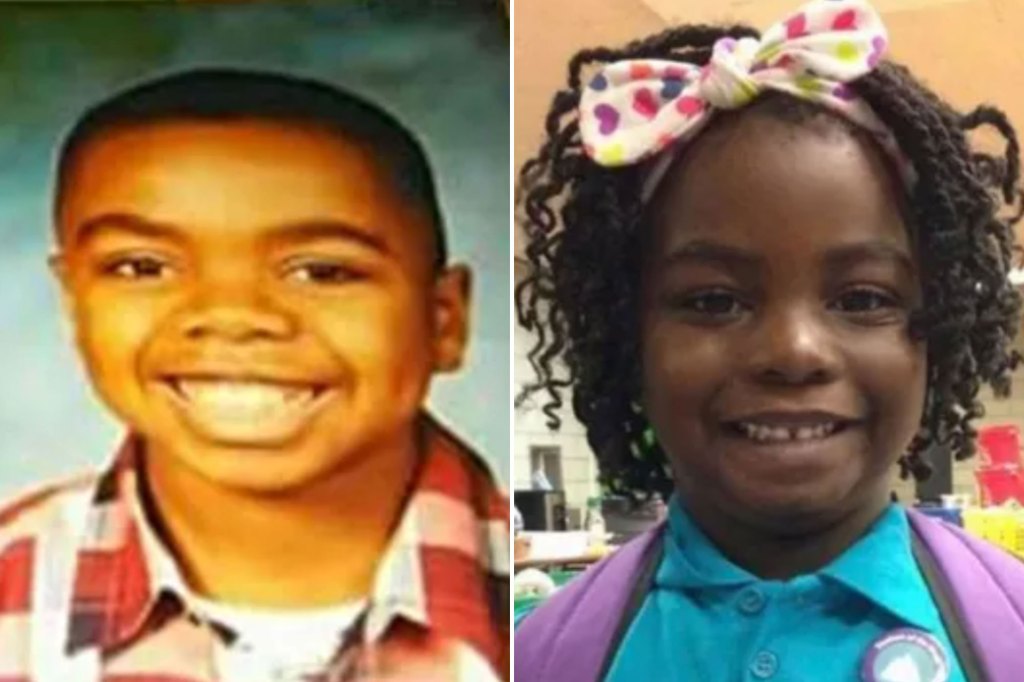 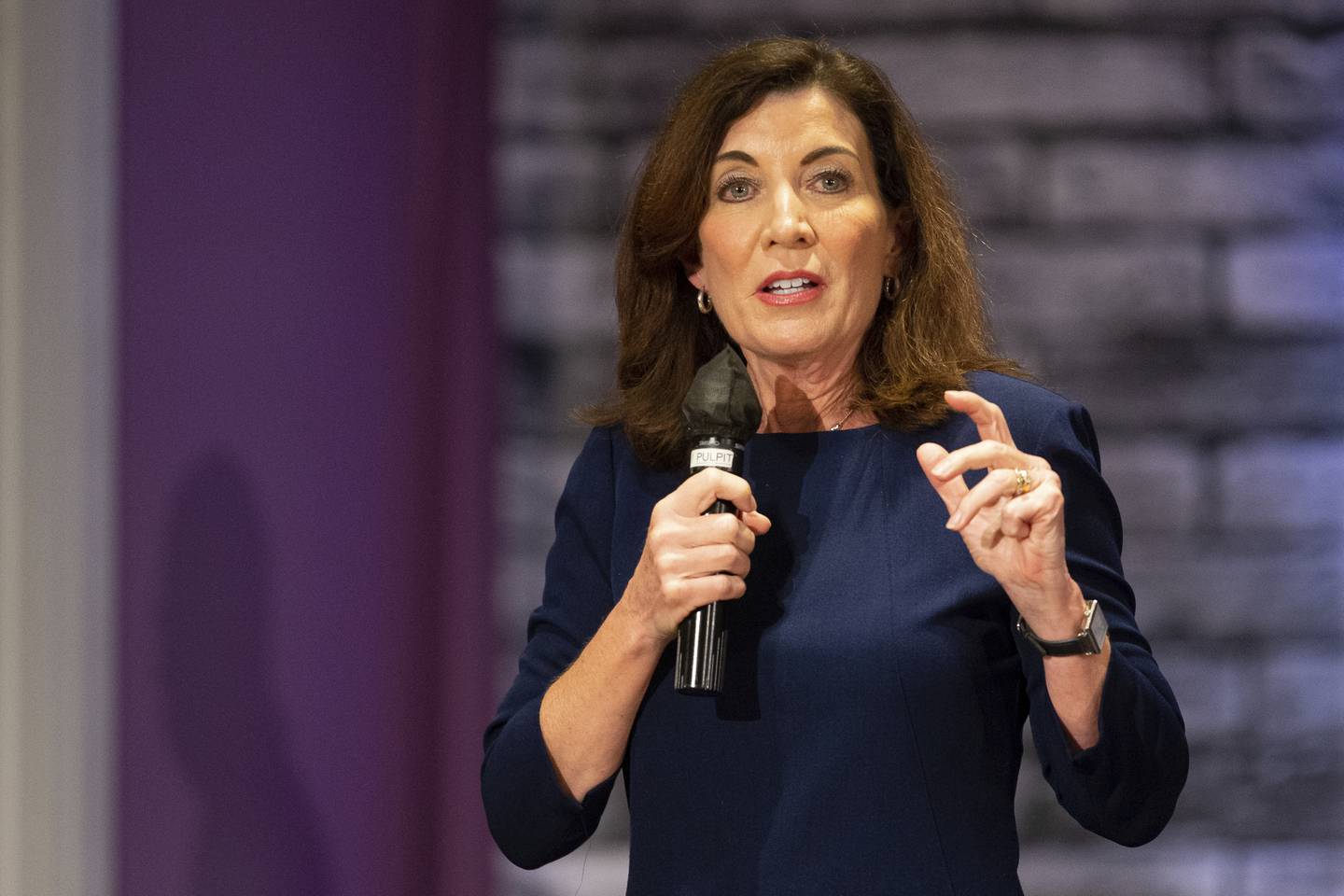