Margaret Keane, who has died aged 94, was one of the world’s most popular artists. Her paintings of children whose big eyes seemed to express a fearful innocence and vulnerability were so popular that they were hung in museums and galleries across the world, generated endless publicity and spawned an industry of countless reproductions. At the height of her success, in the mid-1960s, they also engendered a spirited debate as to whether this work, denounced by critics, could even be counted as art at all.

Yet it is a different controversy for which she may be remembered, which is, that her husband Walter Keane fraudulently took artistic credit, while she painted for 16 hours a day to satisfy demand for the work, originally presented publicly as a joint effort, and always signed simply “Keane”. Margaret’s role was progressively diminished, and her claim to being the actual creator was not decided until more than three decades later, after Walter backed out of a judge-ordered “paint-off”. This was the story at the heart of Tim Burton’s 2014 film Big Eyes, in which Margaret and Walter were played by Amy Adams and Christoph Waltz.

Margaret met Walter, a smooth-talking real estate salesman and amateur painter, in a cafe in San Francisco’s bohemian North Beach in 1955, and they married the same year. He began selling her work, which got noticed at the Hungry I, a popular comedy club, and by 1957 he was travelling to sell the paintings in New Orleans, Chicago and New York, and promoting them as his own.

I was in this trap, and I was getting in deeper and deeper

In 1961 he got huge publicity after donating a painting of children to Unicef and appearing on TV on the Tonight Show; the media loved the story of “the painting Keanes”. But Walter made himself the focus, claiming he was the real artist and she was just a dabbling amateur. Margaret, initially persuaded by his argument they could sell more paintings if buyers believed he was the artist, and eventually fearful he would ruin her life if she told the truth, went along. “I was in this trap,” she later explained, “and I was getting in deeper and deeper.”

In 1964, a huge painting of theirs was chosen to hang in the Hall of Education at the New York World’s Fair. The work, Tomorrow Forever, depicted a line of big-eyed children stretching back to the horizon, like refugees in an empty world. The New York Times art critic John Canaday reviewed it as a “formula picture of … appalling sentimentality” and said that the Keane “product has become synonymous with hackwork”.

Shortly afterwards, the painting was removed from the show on the grounds of “bad taste and low standards”. But Andy Warhol got to the essence of the debate when he said: “It has to be good. If it were bad, so many people wouldn’t like it.”

Nevertheless, this was the year of Susan Sontag’s famous essay Notes on “Camp”, and Keane’s style of kitsch was not trying to “dethrone the serious”, as Sontag wrote. The couple were, however, pulling in more than $2m a year (roughly $19m, or £16m, today) and Keane had made portraits of celebrities including Zsa Zsa Gabor, Liberace, Robert Wagner and Natalie Wood. A Keane painting of Caroline and John-John Kennedy hung in the White House.

Margaret came by her obsession with eyes as a child, when a mastoid operation caused hearing loss; she began concentrating on people’s eyes to better understand what they said. Born in Nashville, she was the daughter of Jessie (nee McBurnett) and David Hawkins, an insurance agent.

Her mother encouraged her shy daughter’s artistic talent; at 10 she took art classes at Watkins Institute in Nashville. After high school, she spent a year at Traphagen School of Fashion, New York, then, in 1948, aged 21, married Frank Ulbrich and had a daughter, Jane. Her early work staked out her interests: she decorated children’s clothing and cribs, and did portraits of women, children and pets. “Children do have big eyes,” she said. “They are the most expressive part of the face, and they just got bigger and bigger.”

Margaret divorced Ulbrich in 1955 after meeting and marrying Walter.

After their divorce, in 1965, Margaret agreed to Walter continuing to sell and promote her work; he continued to take the bulk of the credit, and she remained silent on the matter. “The whole thing just snowballed, and it was too late to say it wasn’t him who painted them,” she said. “I’ll always regret that I wasn’t strong enough to stand up for my rights.”

She moved to Hawaii, where she met and married a sportswriter, Dan McGuire, whom she credited with reinstalling her self-confidence. In 1970, in San Francisco, she gave an interview claiming authorship of her paintings. A “paint-off” in Union Square was set up, but Walter never showed.

In Hawaii, Margaret, who had been involved with various new age activities, became a Jehovah’s Witness; her faith seemed to echo her description of her paintings of “children in paradise. They are what I think the world will look like when God’s will is done.”

McGuire died in 1983. Three years later, Margaret sued Walter and USA Today, who ran an interview in which he claimed again to be the artist behind their work. A judge in federal court in Honolulu ordered another paint-off; Margaret turned out a big-eyed painting in 53 minutes, while Walter refused to take part, claiming a sore shoulder.

The jury awarded Margaret $4m in damages; Walter declared bankruptcy, and though an appeal court upheld the verdict in 1990, they overturned the award. Walter died in 2000.

Tim Burton was a collector of Keane’s work, and his film was a labour of love

In 1992 Margaret moved to San Francisco, where she ran her own gallery, Keane Eyes. In recent years she lived with her daughter, Jane, in Napa, California. Her designs inspired some children’s book series and the cartoon Powerpuff Girls, whose teacher is called Ms Keane.

Burton was a collector of Keane’s work, and in 2000 commissioned a portrait of his then partner Lisa Marie and her chihuahua from her. His 2014 film was a labour of love which had been in development for 11 years; it’s easy to see the affinity between Keane’s subjects and Burton’s characters, often metaphorically wide-eyed and innocent in a dangerous world that does not understand them. Margaret had a cameo role as a woman on a park bench in the finished film. The same year, a book, Citizen Keane: The Big Lies Behind the Big Eyes by Adam Parfrey and Cletus Nelson helped rekindle interest; in 2018 Keane received a lifetime achievement award from the Los Angeles Art Show.

She is survived by Jane, five stepchildren from her third marriage, Danny, Maureen, Brian, Colleen and Mary Ann, and eight stepgrandchildren. 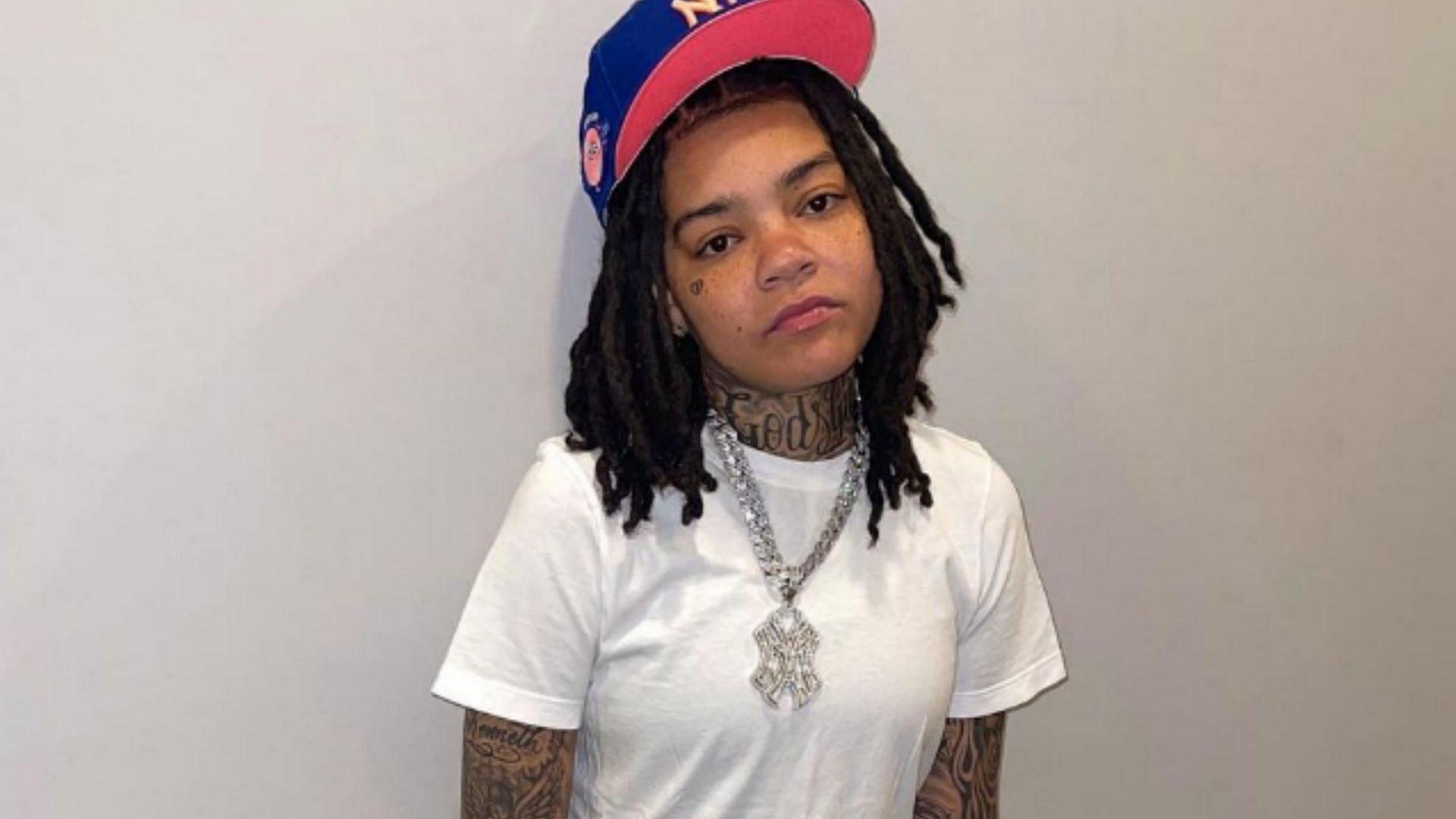 Rumors of Young MA being pregnant have flooded Twitter. Although a source for the speculation was not available online, several{...} 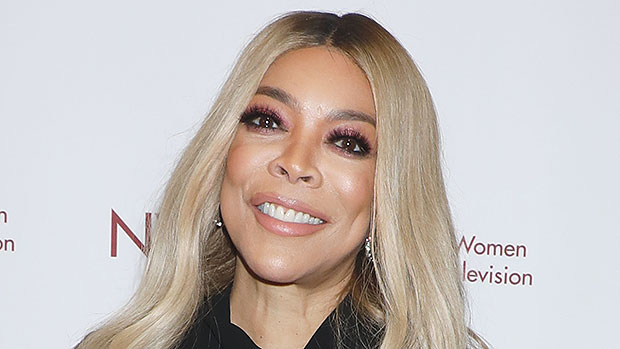