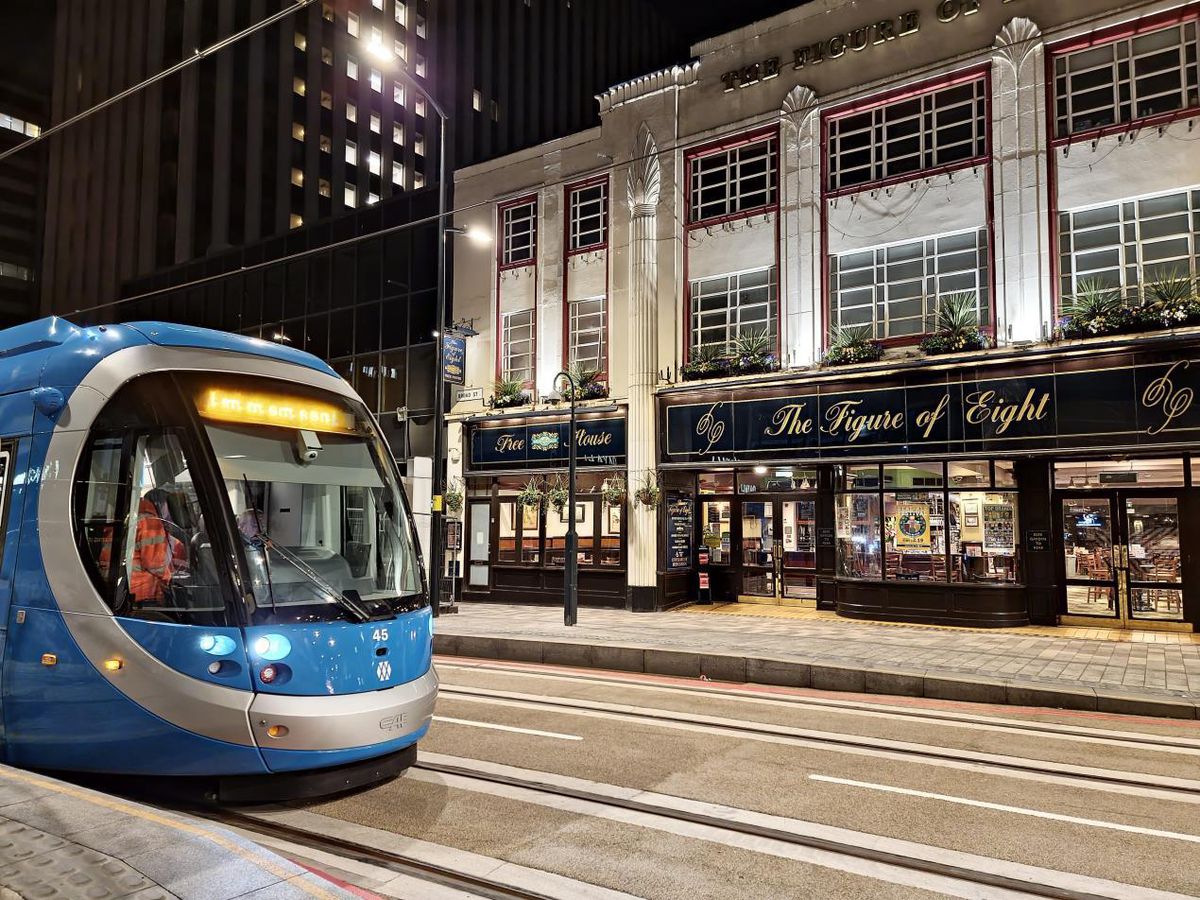 Metro extension to Edgbaston to open

The first passenger tram service to Edgbaston Village from the library in Centenary Square will run at 7.48 am.

Phase two of the Birmingham Westside Metro extension takes the line along Broad Street to Hagley Road adding three stops along the way at Brindleyplace, Five Ways and the end of the line at Edgbaston Village.

The extension is openeing in time for the Birmingham 2022 Commonwealth Games, which start on July 28, and will offer the many visitors arriving in the city over the next few weeks a convenient and frequent service to the many hotels, hospitality businesses and entertainment venues in the area.

Trams will also be calling at all stops in Birmingham city centre including Grand Central, restoring the convenient link to regional and national rail services.

The older trams in the West Midlands Metro fleet have been undergoing an extensive repair programme as a result of cracks found in the bodypanels. Now enough vehicles have been repaired to allow passenger services to resume on the line through Birmingham city centre and the new Westside extension.

Trams are currently only going as far as Bull Street from Wolverhampton at the moment.

Andy Street, Mayor of the West Midlands and WMCA chairman, said: “After an unfortunately interrupted customer experience this year for Metro passengers, I’m so pleased for local residents and businesses that we’ve now reached a turning point and a comprehensive service is returning.

“Not only are tram services to Library being restored this weekend but we are also unveiling three more stops on and beyond Broad Street – which along with Brindleyplace sits at the very heart of one of our region’s most vibrant business and hospitality districts attracting locals and visitors alike.

“This news could not have come at a better time as our hotels and venues prepare to offer a warm Brummie welcome to the thousands of people coming to town for the Commonwealth Games this summer. And the vast improvement in the tram connectivity in the city centre will make it easier than ever to choose public transport – helping us to reduce congestion and tackle the climate emergency.”

Councillor Ian Ward, WMCA portfolio holder for transport and leader of Birmingham City Council, said: “After the disruption to the services over the last year is fantastic to see trams once again on the city centre streets delivering passengers to our shops, entertainment venues, visitor attractions and workplaces again – just in time for Birmingham 2022.

“This new extension opens up more our city centre to fast and clean tram services which can help further reduce car use and improve our air quality. It is a crucial part of our plans to decarbonise transport in the West Midlands through investment in cleaner bus, rail and road transport as well as offering more opportunities for walking and cycling.”

The Westside extension, including phase one between Grand Central and Library which opened in 2019, has cost £149 million. Main construction of phase two carried on through the Covid-19 pandemic to completion earlier this year.

Matt Long, head of customer engagement & placemaking Brindleyplace, said: ‘The West Midlands Metro extension to Brindleyplace and the Westside district of Birmingham is an important new piece of transport infrastructure that will have a transformational effect on this part of the city.

“The Metro is a fantastic asset for Birmingham and the Brindleyplace stop will have an enormously positive impact on travel times for everyone who comes to the estate.

Services will run every 12 to 15 minutes, with peak time frequency to increase as more trams become available for service following repair. Timetables and fare information is available on the West Midlands Metro website.

Sophie Allison, interim managing director of network operator, Midland Metro Limited, added: “As we reach this significant milestone for the network, the Metro team would like to welcome customers back to the city centre stops whilst bringing tram services to Edgbaston for the first time.

“We would also like to thank customers for their patience as they awaited the return of trams to Grand Central and Library following the restoration of services between Wolverhampton and Bull Street a few weeks ago.

“This was made possible with the return to service of a number of trams following successful body panel replacement work. As this programme of work accelerates, even more trams will be re-joining the fleet, enabling us to increase service frequency across the network.”

TfWM and Safer Travel police officers will be out on Broad Street to assist and advise people on road safety during the first weekend of tram operation on July 22 and 23.

Teams from Metro will also be around throughout the week to support passengers using the service.

There remains some public realm work to complete following the opening as well as some work to prepare for future public transport infrastructure along Hagley Road. The mother of a student nurse who has been missing for almost a month has made an emotional appeal for{...}