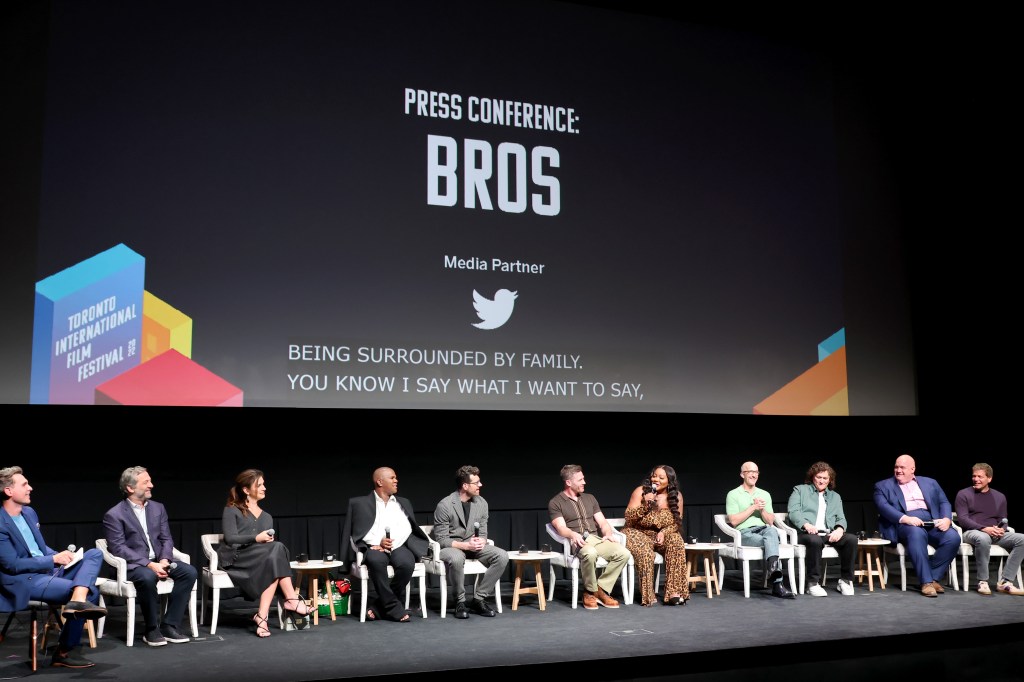 The ensemble cast and crew of Nicholas Stoller’s gay rom-com Bros were on cloud nine at the film’s Toronto press conference on Saturday, following its buzzy world premiere on Friday night as a special presentation followed by rave reviews.

Billy Eichner, who also takes co-writer credits, stars as an emotionally unavailable New York podcast host who finds himself embarking on a relationship with a lawyer specialising in wills and estates, played by Luke Macfarlane.

Universal is gearing up for the U.S. release in around 3,000 theatres on September 30 of the film, which is being hailed as the first studio rom-com featuring a predominantly LGBTQ cast and crew.

“This is my trip to the festival and my first time in Toronto and to be here with all the LGBTQ cast taking our rightful place in entertainment,” said supporting cast member Miss Lawrence.

Ts Madison, who is also at Toronto to receive the first-ever Trans Barrier Breaker Award, which is being launched this year by the festival’s Trans Film Mentorship program, suggested the film marked a breakthrough moment for LGBTQ mainstream representation.

“Honestly, it was very magical for me because I actually got to watch the world laugh with us and not at us because this film was produced by us, for them, and us too,” she said.

“It just was a great thing to feel everybody’s great energy. And the jokes were out there but we weren’t the joke, you know? And it was just a magical thing to absorb that from the audience and I felt so good. So good.”

Eichner said he had delved deep into his personal experiences to co-write an authentic and funny story drawn from reality rather than studio expectations.

“Most of the characters are LGBTQ and obviously it centres on gay men. I’ve been openly gay my whole life so many of my close friends are gay,” he said.

“I know how we communicate with each other. I know the walls we put up I know when they come down and then we put them back up again. I know how we use jokes as a defence mechanism to get through the world. I do know how we speak, and I know the moves that we make.”

Beyond the comedy, Eichner suggested the film paved the way for more serious debate behind the scenes on why it has taken so long for a feature like this to reach the big screen.

“There’s a story about a generation of LGBTQ folks and beyond, which doesn’t really get told. Maybe we talk about it amongst ourselves in gay bars or at house parties or at dinners amongst our friends. But we don’t put that story out into the real world about all the f**king code-switching that we’ve had to do over the years,” he said.

“We’re celebrating this movie. It’s the first this and the first that and that’s all wonderful and we should and that’s important, and it is a moment to celebrate, but we also have to acknowledge the decades of LGBTQ folks who did not get this opportunity. Right. And that is f**ked up. You know, so yes, everyone likes us now. But why did it take so long? I think this is a question that’s worth asking.”

The treasures on display range from the spectacular – a cooking pot made 5,000 years ago decorated with a ceramic{...}

CNN  —  “Ghost” might be coming back to life, thanks to Channing Tatum. The “Magic Mike” star revealed in a{...} 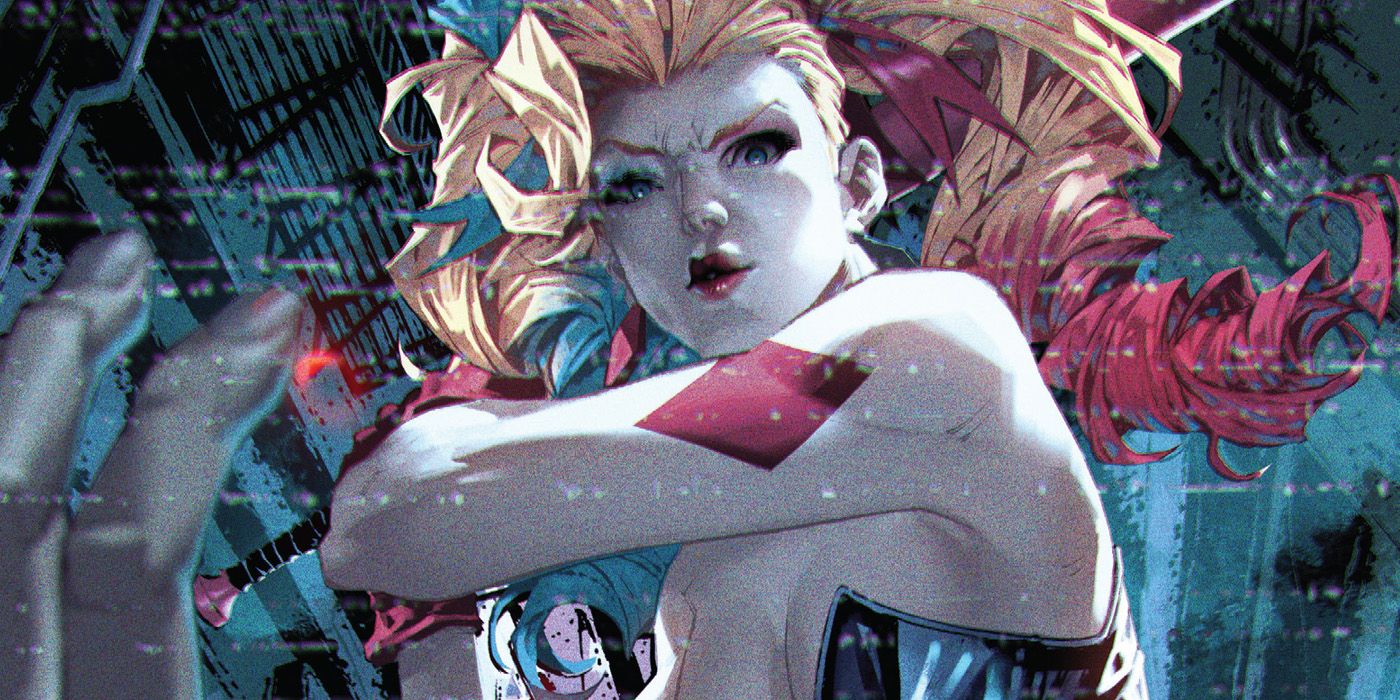 Harley Quinn: Uncovered #1 collects variant covers from across Harley’s Infinite Frontier series, and she reveals which one is a{...}