As consumers come under a myriad of pressures, Morgan Stanley has pinpointed stocks to focus on as spending habits shift.

In a new research report co-authored by 22 analysts, the bank outlined the stocks best positioned to “weather a storm” based upon both historical and proprietary spending data. Overall, the bank warned clients about a greater pullback in consumer spending than is presently priced in, with a risk to high-end consumers particularly underrated.

“We believe investors need to consider the bear case for high-end consumer spending, where we forecast real GDP contracting in 3Q and 4Q, with consumption leading the contraction in economic activity,” the report reads. “This could be driven by any combination of a prolonged impact from inflation, weaker home prices, and/or a more pronounced slowdown in high-income jobs.”

Despite recent drawdowns among consumer-facing stocks, the magnitude of these risks are still not fully realized, per the analysis.

“We are at a unique moment in time where a confluence of important factors that impact high-end consumer spending are concurrently intersecting,” the team explained. “Consumer goods are coming off a 2-year period of over-consumption, the US is experiencing the strongest rate of inflation in 40 years, stock prices are down 21% year-to-date, interest rates are rising alongside central bank tightening, and white-collar high-tech job cuts are accelerating, all of which are leading to growing concerns of a recession and weaker high-end consumer spending.”

While rising home prices and savings rates were cited as factors that could buoy higher-end consumers, they may not be enough to hold off significantly augmented consumer spending habits.

“Growth is slowing, PMIs are falling, and financial conditions are tightening to thwart the risk of uncontrolled inflation,” the report states bluntly. “As a result, Morgan Stanley’s macro model currently points to a 35% probability of recession, up from 15% previously.”

As US consumer spending accounts for nearly 70% of US GDP, a pullback in wealthier consumers that make up the bulk of this figure stands to only deepen a recession that seems increasingly likely. Consumer discretionary sectors, therefore, would seem ripe for sustained slides.

Still, such a scenario is not set to hit all consumer stocks indiscriminately. Indeed, there are specific industries that are particularly exposed to an adverse economic scenario.

Consumer electronics, consumer apparel and footwear and discretionary e-commerce were cited as most sensitive in the analysis, while. Also, payments and payment processors and media were noted as likely due for further declines should consumer discretionary spending drop substantially, as anticipated in such a scenario. Additionally, the major winners of the pandemic are likely to continue plummeting even further from their peaks, per the bank’s analysis.

Logitech (LOGI) and Cricut (CRCT) were cited as stocks at significant risk of a pullback if consumer confidence continues to deteriorate. The report indicated demand was pulled forward significantly during the pandemic and is likely to slow significantly in coming years. Both stocks were rated “Sell” by the bank, with significant downside projected over the next 12 months. While Sonos (SONO) was rated “Hold” by contrast, the bank’s analysts remained quite cautious on its prospects, cutting estimates for the year ahead.

For the e-commerce sector, Peloton (PTON) and Rent the Runway (RENT) were cited as the “most at risk” given each is levered to higher-end consumers and the trends that bolstered their businesses in the pandemic are quickly evaporating. These aspects separated the names from the more resilient expectations set forth for names like Amazon (NASDAQ:AMZN) and Chewy (CHWY).

In softlines retail, the bank was quick to note that “high-end” does not mean luxury exclusively. Instead, it reaches a much broader cohort of consumers, about the top 18.3% of households that make over $150k per annum, that show far more cyclical behavior than their more affluent peers in the top 1-2% of income levels. These consumers also spread out to shop at a far broader array of retailers.

“If high-end consumer spending decelerates, and/or if this consumer begins to trade down to value-priced products, there is likely to be no retailer at the mall left unaffected,” the report stated. “Nonetheless, retailers with higher ASPs are generally more exposed to high-end consumer demand, and as such, companies like All Birds (BIRD), Capri Holdings (CPRI), Nordstrom (JWN), Lululemon Athletica (LULU), On Holding (ONON), Tapestry Inc. (TPR), and Urban Outfitters (URBN) (Anthropologie) may be more at risk.”

Kimberly Greenberger and Alex Straton, the analysts covering the sector jointly for the report, explained that they expect “further negative earnings revisions ahead” that could add to already steep declines in the space. For high-end hardlines retail, this “reversionary” risk was suggested to be even more pronounced by their colleague Simeon Gutman.

Elsewhere, restaurant stocks like Starbucks (NASDAQ:SBUX), Sweetgreen (SG), Shake Shack (SHAK), Bloomin’ Brands (BLMN), and Cheesecake Factory were pointed to as more exposed to higher-end consumers than their peers. Starbucks (SBUX) specifically was noted as showing “significant cyclicality in recent downturns” that is likely to add to managerial turmoil at the chain.

Finally, payment processors were highlighted as a mixed bag in an inflationary scenario.

“Payment companies such as Visa (V) and Mastercard (MA) generally act as solid inflation hedges as their revenues are earned on a portion of overall spending volumes, which rise with higher prices,” equity analyst James Faucette acknowledged. “However, if inflation and rising rates were to lead to an economic downturn, consumer and business card spending would inevitably be challenged and pressure growth for names in the space.”

He added that PayPal (PYPL), Global-E Online (GLBE), and Global Payments (GPN) are also likely to be hit due to o their higher exposure to discretionary and luxury spending.

Despite the broad pessimism across consumer spending, the analysis was not entirely negative.

For example, the bank is particularly bullish on the airline and freight industries, discount stores, EU luxury goods, as well as the entertainment industry in terms of live events and concerts. Further, specific names with e-commerce, leisure, and food retail were cited as likely to prove resilient.

“We remain bullish on the US Airlines as we continue to see evidence of powerful pent up demand being unleashed and no signs of demand destruction on fares (at this point in time),” the report indicated. “Recent consumer surveys show some risk to spending overall at the high-end consumer which is an important demographic for travel spend, but surveys also show leisure and work/corporate travel remain a relative priority among those consumers.”

Sticking with travel trends, lodging and leisure is expected to benefit from pent-up demand. Indeed, resurgent demand for air travel is rather logically correlated with increased demand for lodging.

Still, the hotel and cruise industries that undergird the sector were noted as holding perhaps the widest range of outcomes among the individual names.

While InterContinental Hotels Group (IHG), Compass Group (OTCPK:CMPGY), and Whitbread (OTCPK:WTBDY) were suggested as stronger stocks in a downturn, many hotel and cruise line operators were more critically assessed. For example, Royal Caribbean (RCL), Carnival Corp. (CCL), and Norwegian Cruise Line Holdings (NCLH), as well as Hyatt Hotels Corporation (H) were viewed as problematic picks in a downturn given a reliance on higher-income spending.

“Luxury demand has grown at a much faster pace than contemporary demand in the travel sector over the last decade, providing a nice tailwind for average rates and margins, but if this goes into reverse it could have a disproportionately large impact,” the report explains.

Elsewhere, much of the live entertainment sector, while drafting off of a reopening trade, was noted as being especially sensitive to high-end consumer spending.

“We would highlight both concerts and sporting events as being particularly driven by the higher end consumer, with concerts notably skewing younger as well,” Morgan Stanley research said. “The shift to a ‘experience economy’ and pent up demand from the pandemic suggest overall out-of-home entertainment spending should remain robust even in a slower economy.”

Theme parks and movie theaters are expected to benefit from much the same trends, standing as relatively affordable forms of entertainment. As such, each stands to absorb demand as higher-end consumers trade down to more affordable entertainment experiences.

“We see the most opportunity in ‘off-price’ as we expect the group to benefit from consumers’ increasing penchant for value/trade down if the economy decelerates,” the report elaborated. More specifically, though Off-price valuations have compressed -20% YTD on average, our EPS estimates sit in-line with the Street, and we see potential EPS upside ahead following the FY expectations reset in the [first quarter] reports.”

Lastly, the bank advised investors not to completely abandon vulnerable sectors like consumer hardware and hardline/food retail. In these cases, Apple (NASDAQ:AAPL) and Costco (COST) were put forward as top picks that can separate themselves from the pack amid a market downturn. Costco (COST) was highlighted due to its role as a “relative beneficiary if high income spending tightens” while Apple was “Buy” rated based upon its “industry-leading customer loyalty and end-market diversification.”

Read more on Goldman’s top picks for investors seeking stability into the second half of 2022. 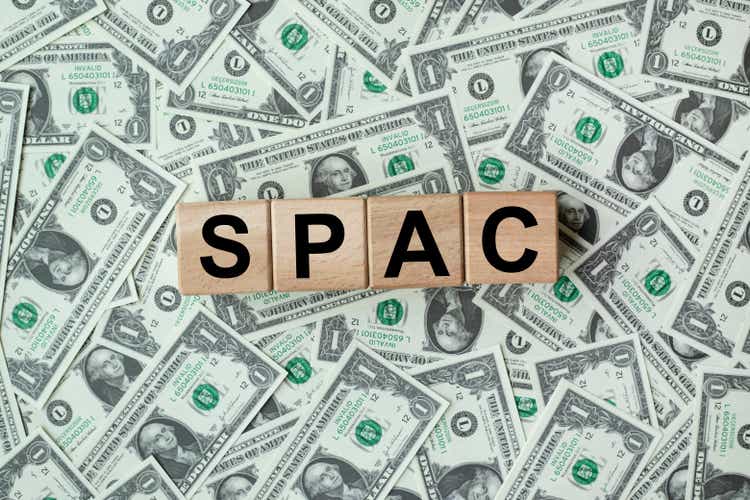 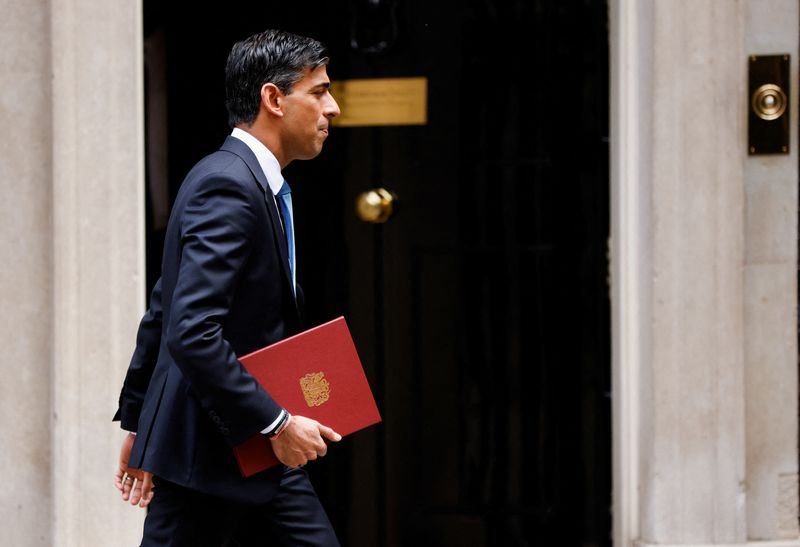 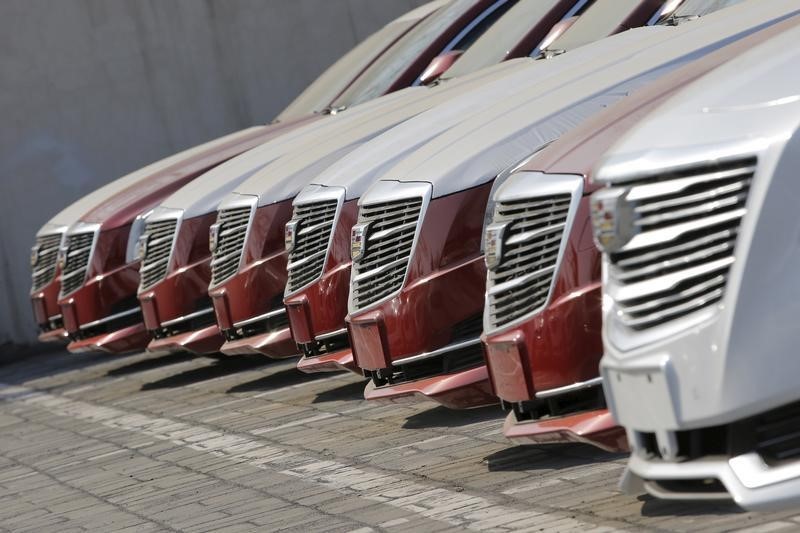