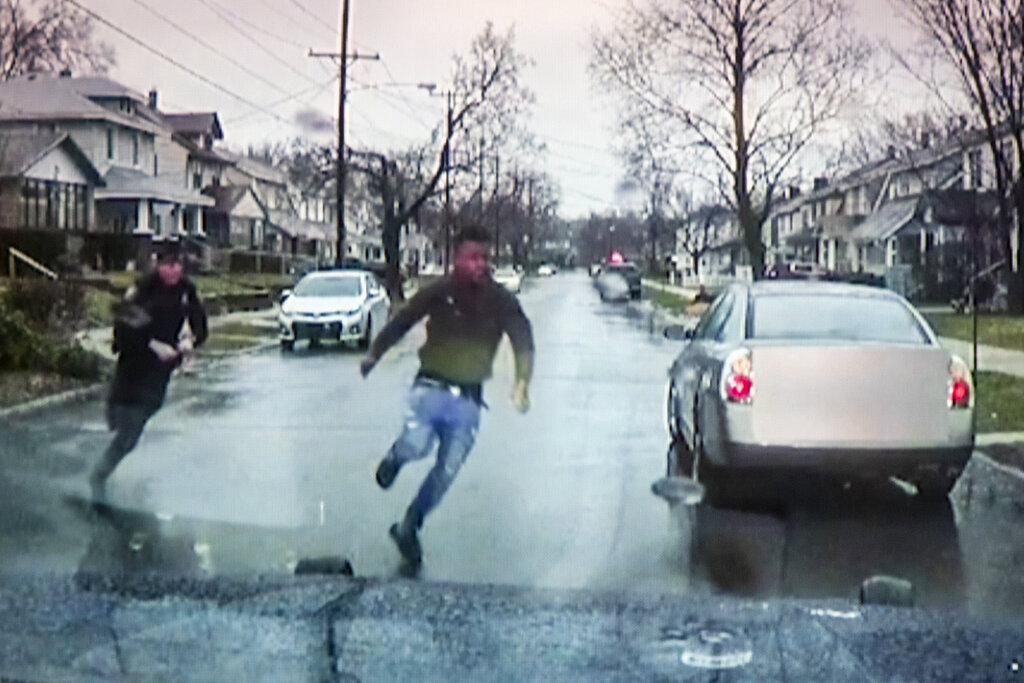 DETROIT – An independent autopsy confirms that Patrick Lyoya was shot in the back of the head by a Michigan police officer while facedown on the ground, lawyers for the Black Man’s family said Tuesday.

The finding by a former Detroit-area medical examiner matches what was seen last week on video released by the Grand Rapids police chief. The official autopsy report has not been released to the public.

“There’s no question what killed this young man. … It was a powerful bullet, ”said Dr. Werner Spitz, holding a skull at a news conference to show where the bullet entered the head.

Spitz said he believes the gun was pressed against Lyoya’s head when the officer fired.

Lyoya was killed after a traffic stop in western Michigan on April 4. He and the white officer physically struggled on the ground before the 26-year-old refugee from Congo was shot.

Lyoya wasn’t armed. The officer was on top of him and can be heard on video demanding that he take his hand off a police Taser.

“We can confirm that Patrick Lyoya was shot in the back of his head,” attorney Ben Crump said. “That is now scientific evidence of this tragic killing and what his family believes was an execution.”

Crump, who has secured multimillion-dollar settlements for families of other Black men killed by police, said Lyoya could have lived until his early 80s – a “long and fruitful life.”

Lyoya’s death has outraged his family as well as many people who have watched video of the confrontation with an officer.

The officer, whose name has not been released, is heard saying during a traffic stop that the license plate did not match the car. Lyoya declined to get back into the vehicle as ordered, and a short foot chase ensued.

Crump said it appeared to be a “classic case” of racial profiling – “driving while Black.” He noted that the officer’s patrol car video shows him backing out of a driveway in a residential neighborhood to follow the car for a few blocks. In Michigan, license plates aren’t on the front of vehicles.

Attorney Ven Johnson said Lyoya was “resisting” the officer, not fighting him.

“You never see a fist, you never see a knife, no baseball bat, no gun, no nothin ‘,” Johnson said. “This was not a deadly force scenario. … Never gave a warning: ‘Halt or I’m going to shoot you’, or other words that we can all imagine. ”

State police will give their findings to the Kent County prosecutor for consideration of any charges.

Lyoya’s funeral is planned for Friday at Renaissance Church of God in Christ in Grand Rapids. The Rev. Al Sharpton’s National Action Network said it will help cover the cost. He will deliver a eulogy.