A mum sexually abused a 15 year old boy for months and eventually gave birth to his child.

Sarah Campbell had sex with her victim on a golf course and under a blanket while others were sleeping in the same room. The mum, now 40, would also ply the boy with cocaine and cannabis so they would “get off their barnets” together as part of her sordid plot to make him her “sexual play thing” between 2016 and 2017.

Campbell was jailed by a judge at Liverpool Crown Court today but a family member in the public gallery told her to “hold your head up high” as she stood distraught in the dock.

READ MORE:Dealers jailed after being arrested on drive back from prison

Martine Snowdon, prosecuting, said Campbell started grooming the boy and abusing him for the first time in 2016. She said they had sex multiple times and that she would offer him drugs. Ms Snowdon said: “They would “get off their barnets” regularly, as [the victim] put it, smoking cannabis and taking cocaine provided by her.”

She said Campbell would try to avoid social services and others finding the boy by getting him to sneak into her house at odd times of day and hide. She then fell pregnant with a child later determined to be his and was charged with multiple sexual offences against him.

She was sent for trial at Liverpool Crown Court but fled after its start and was convicted in her absence. She was later arrested and held in custody. Simon Christie, defending, said Campbell was herself a victim of abuse and was trying to get counselling for this in prison while also using her time there positively.

Mr Christie said: “The defendant, in her first experience of custody, has put her time to good use already. She has been given responsibility as a wing cleaner.” Judge Ian Harris told Campbell her actions had robbed the boy of part of his childhood.

He said she treated the boy as her own “sexual play thing” and that she used him for her own pleasure. Campbell, of Longfellow Street, Bootle, was jailed for nine and a half years. Distraught, she stood motionless with her head down and her hands placed against the dock for a number of minutes before sitting down and placing her head in her hands for the rest of the hearing.

A family member then shouted “I’m going to do what I can” and said “I know the truth”. As they left they added “I am going to go now, hold your head up high. I mean it.”

Speaking after her sentencing, Merseyside Police Detective Sergeant Peter Sloan said: “The atrocious abuse that Campbell carried out not only traumatises victims when it happens, but has a huge impact on their mental wellbeing which can last a lifetime. It can also cause irreparable damage to a victim’s faith and trust in adults, which can affect their ability to form trusting relationships. The bravery shown by the victim and his family in coming forward and reporting Campbell to police so that that she could be brought to justice means she cannot cause any further harm.”

Campbell was previously charged with sexual offences relating to another boy – but these charges were not proceeded with by the prosecution.

UK News
What exactly is a boggart? The creepy history of a very Mancunian monster 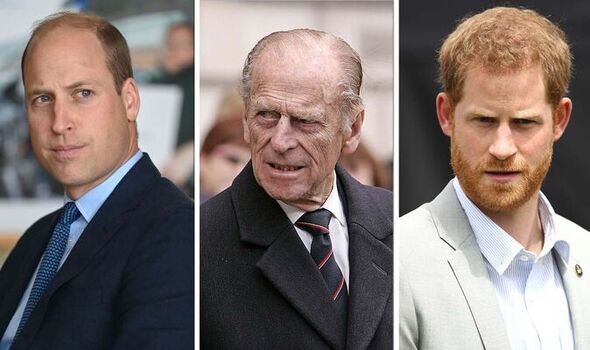