Manchester United’s problems are coming home to roost far sooner than anticipated. The club appear to be in a total shambles just one game into the season.

This isn’t about one bad result. There will be plenty more where that came from. It’s about new manager Erik ten Hag being left totally unprepared for the season ahead.

United’s starters against Brighton featured nine players who started the 4-0 defeat against the Seagulls in May. Ten Hag is a good manager, but he is not a miracle worker.

The supporters were sold a vision of a rebuild. It was a total sham. The past week has exposed that once and for all.

United began the summer with hope. Anything was possible in this new era. And then in the absolutely crucial month of June, nothing happened. No deals, nobody signed in time for the start of pre-season on June 27.

Rivals Liverpool and Manchester City had deals for star strikers wrapped up by the start of June. This showed a plan, and intent. United had neither.

The club have been chasing Frenkie de Jong, and been strung along. There are no excuses here. It was obvious as early as June 6 that this could end up like 2013, when we warned the club were busy chasing a player who did not want to sign. United doubled down, and persisted, with no success as we enter mid-August.

There should have been two priorities for United this summer, midfield, and striker. United have addressed neither.

Deals have been done for an extra left-back, centre-back, and attacking midfielder. All may be solid additions, but these were areas where the club had sufficient cover and options. The two glaring holes in attack and in midfield have not been addressed.

Ralf Rangnick urged United to sign two strikers. He was ignored and ushered out the door. His goose was cooked the moment he said the club needed to sign 10 players.

United’s problems in attack were exacerbated by the month of July. Cristiano Ronaldo decided he no longer wanted to be at the club, perhaps due to the club’s dismal transfer strategy.

The club didn’t see this coming. By this time, Anthony Martial had begun to sucker everybody in again with strong pre-season performances.

He could go onto have a good season, still, but we warned earlier that talent is not the issue. “The biggest question over Anthony Martial is not attitude or ability, it’s over his fitness,” we wrote in July. And so it proved. If we can see these problems, why can’t anybody at the club?

United decided to rely on him, and he got injured for the start of the season. United should have bought a striker in June, instead of relying on Martial – a player the club would have happily got rid of in January if an offer had come in.

Lack of strategy so bad its scary: Rebuild is a total sham

Now United are beginning to show signs of life in the transfer market, but its tempting to wish they wouldn’t bother. There is simply no strategy, with a seemingly random group of players linked.

From chasing youngster Benjamin Sesko to veteran Marko Arnautovic, United can’t seem to pick a direction. To even pursue Arnautovic in the first place is a scarily bad decision. Why are United looking at a 33-year-old in a summer when the club are supposed to be rebuilding?

This isn’t a dramatic plan B to Frenkie de Jong. That’s the questionable Adrien Rabiot. There was simply no ‘Plan A’ for a striker. Yet again.

The window might end with a glut of signings, and United might even get it right. But we wouldn’t bet on it, and the path to get us there has exposed this planned, carefully constructed rebuild project as a sham, a total fake.

Even if a deal for De Jong gets done now, the move for Arnautovic exposes United for having a complete lack of direction and strategy.

Caught in the middle of it all is manager Erik ten Hag. He’s probably not entirely blameless either for the recruitment problems, but when he is led by amateurs, he never stood a chance.

Murtough and Arnold are part of Manchester United’s problem

The current situation is what you get when you don’t rebuild properly. Ed Woodward may have gone, but you honestly wouldn’t know the difference. This summer is replaying some of his greatest failures.

The appointments made by the inept Glazer family set the tone for this summer. They were not made entirely on merit.

Richard Arnold was the easy, safe, in-house appointment at chief executive, stepping up from commercial director, where he was previously seen crowing about the social media impressions made by signing Odion Ighalo in 2020.

John Murtough has been at United since 2013 when he joined along with David Moyes. He should never have been the answer as director of football. The club should have signed a highly qualified external candidate, and instead went for the internal promotion.

A figure like Luis Campos or Paul Mitchell should have been brought in as head of recruitment. Ralf Rangnick was literally right there, brought in on a short-term manager role, outside his main area of expertise, and then foolishly ushered out of the door before the transfer window.

Murtough is out of his depth at this level, and as Woodward discovered in 2013, Manchester United can’t afford for him to learn in the job. A ‘best in class’ quality candidate was required to lead this summer. With Erik ten Hag beginning his managerial journey at the club, you only get this opportunity to start over once, as David Moyes discovered.

The lasting impression of this transfer window will be Murtough and Arnold’s trip to Barcelona. They staked their reputations and summers on signing Frenkie de Jong. The deal seems highly unlikely to happen. If it does, it won’t negate the risk they have taken, nor leaving Ten Hag with a poor midfield for the season’s kick-off, combined with the frantic scrambling around for alternatives we are witnessing right now.

We said all along that Ed Woodward should have been fired after the summer of 2013. He wasn’t, and the situation festered for another nine years. The same should apply after this disastrous summer.

United need experts for their roles. Nobody knows what Darren Fletcher does or is qualified for as technical director.

The Glazers don’t care. They aren’t interested. But if Manchester United are to rebuild, there needs to be a proper internal rebuild. Not what we have been served up The only way for this to happen, will be if the Glazers can somehow be forced out of the club. 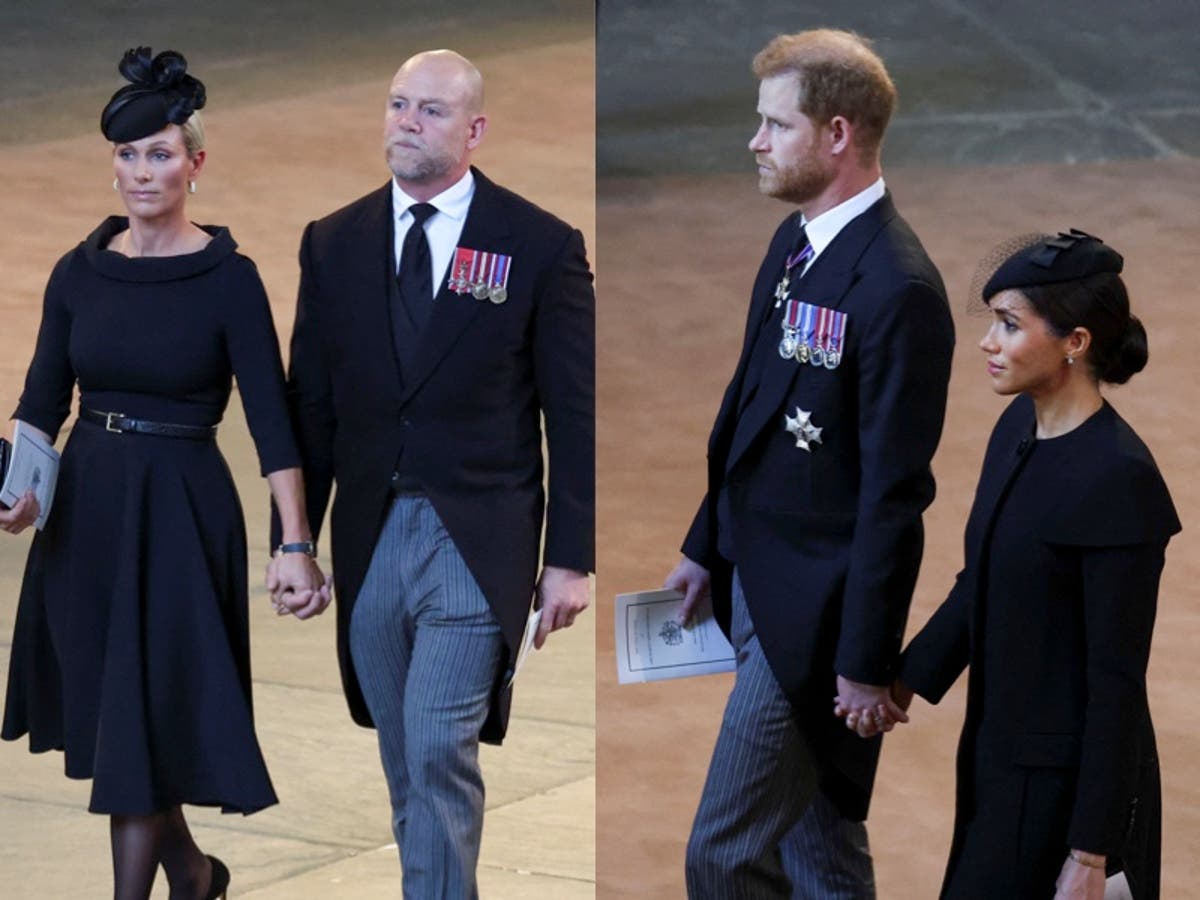 Royal fans are defending Prince Harry and Meghan Markle from criticism over their recent public display of affection while mourning{...} 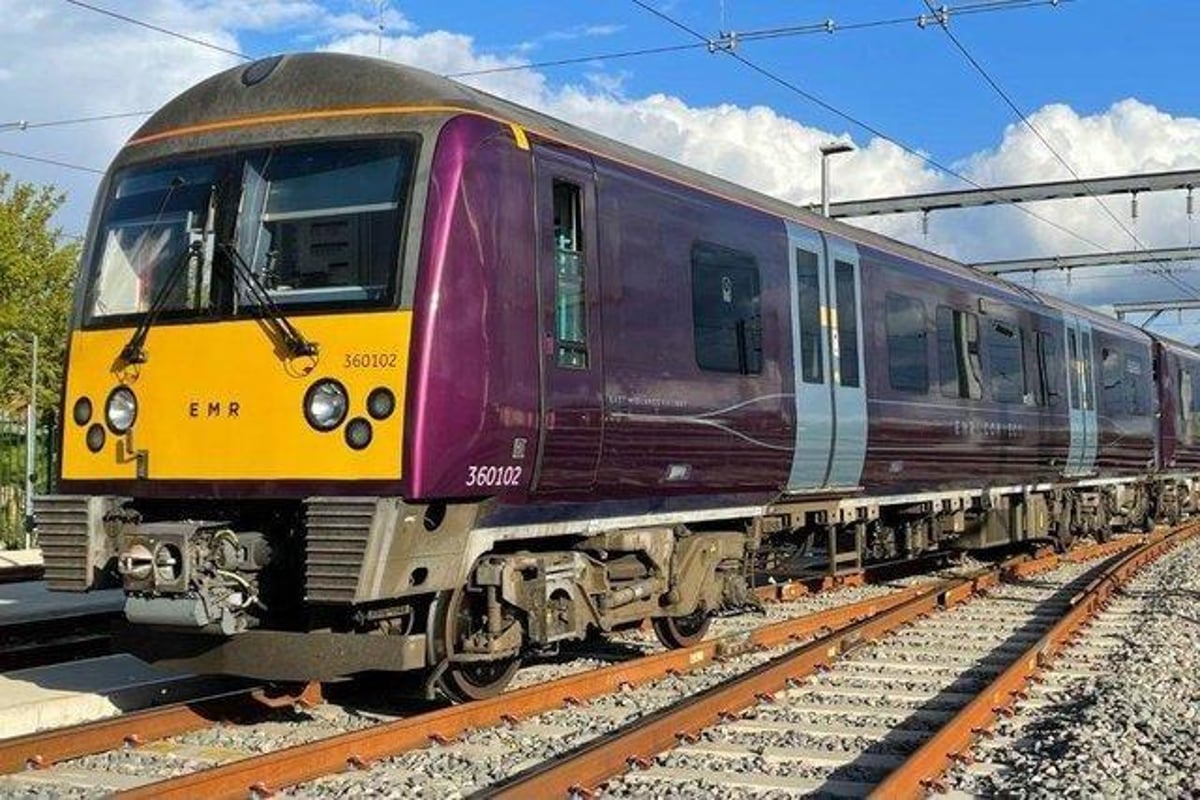 These have been completed – however, due to ongoing disruption around London, no services are currently able to leave St{...} Date published: 22 September 2022 GCSE examination results for 2022 showed improvement across the board and the number{...}