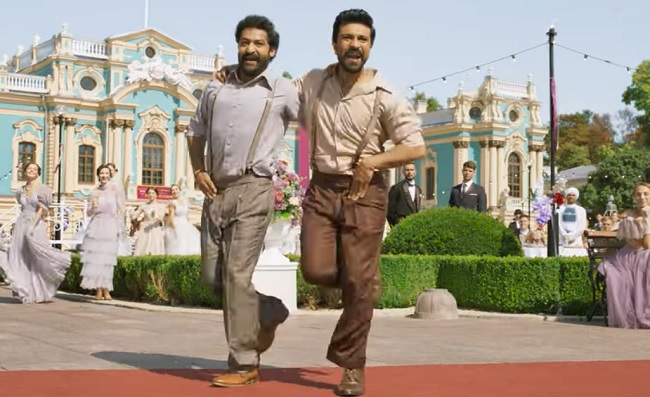 Touted as a visual spectacle, ‘RRR’ is one of the most awaited movies right now. With Telugu’s top heroes playing the lead roles, director S.S. Rajamouli is all set to present an amusing fictional drama.

As promised, the makers of ‘RRR’ unveiled the ‘Naatu Naatu’ song from the movie an hour earlier than expected. With Ram Charan and Jr NTR shaking a leg together for this song, the fans are going bonkers.

With groovy and upbeat tunes, music director M.M. Keeravani has composed the song. It is shot in an opulent set, which is visible in the backdrop.

The mood-lifting beats and the perkiest actors dancing to those beats is just what the fans have been waiting for, ever since the makers announced the magnum opus.

Bollywood actors Ajay Devgn and Alia Bhatt are to appear in important roles in this movie as well. The project is helmed by Rajamouli who was also the mastermind behind the record-breaking ‘Baahubali’ series.