Netflix will begin regularly reporting viewership numbers for its top programmes and films, a major shift in strategy for the streaming company that has carefully guarded its data over the past decade.

The company said it will report every week how many hours people spent watching its top 10 TV shows and movies, for both English and non-English titles, including Netflix originals and content licensed from third parties.

In its first release of viewer numbers on Tuesday, Netflix said its subscribers last week spent 149m hours watching Red Notice, the action film starring Gal Gadot, making it the most popular piece of English-language content on the platform.

Within television, the most-watched English-language show was the third season of Narcos: Mexico, drawing 50m hours of viewing. Squid Game was the most popular non-English language television show, racking up 43m hours of viewing during the week ending November 14.

“Nonsense. BS. Cherry Picked. Unaudited. We’ve had a lot of feedback about our metrics over the years”, said Pablo Perez De Rosso, vice-president of content strategy. “This is an important step forward for Netflix, the creators we work with and our members.”

Ever since Netflix leapt into original content with House of Cards in 2013, the company has largely kept hidden just how popular any given programme was. Netflix does not run advertisements, so the company does not need to report ratings to attract brands in the way that broadcast and cable television networks do.

Previously, Netflix has reported how many subscribers watched the first two minutes of a programme. Traditional television ratings, typically provided by Nielsen, measure viewership during an average minute of a show.

Box office sales and Nielsen television ratings — the traditional gauge of success in Hollywood — do not apply to Netflix, making it hard to determine what success means in streaming. Often, even the actors and producers involved would not know how popular their movie was, a source of frustration in the entertainment industry. 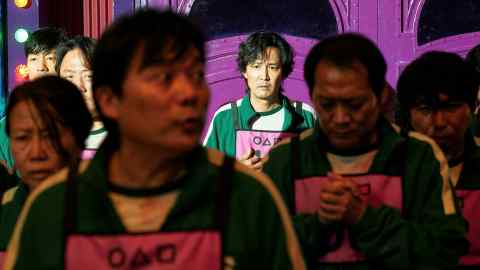 John Landgraf, chief executive of FX, a pay-TV channel owned by Disney, in 2019 slammed Netflix for its secretive practices. “When you take hundreds of at-bats, you’re going to get some singles, some doubles and even the occasional home run,” Landgraf said. “And failing to ever report a single strikeout undercuts an accurate perception of their batting average and misrepresents the scale of their hits.”

Netflix has been tiptoeing towards more transparency, but has largely cherry-picked the numbers it releases to boast about its biggest hits.

While that will change under the new reporting system, Netflix will fall short of the transparency of traditional TV and film performance. The company will report data only for its 10 most successful programmes, leaving out the disappointments.

Netflix executives say that traditional metrics, such as ratings, are not relevant in the streaming business model. The company’s goal is to lure new subscribers and stop existing ones from cancelling, not to make money from an individual programme. “Figuring out how best to measure success in streaming is hard, and there’s no one perfect metric,” said Perez De Rosso.

Netflix’s peers in streaming, such as Disney Plus and HBO Max, have released even less viewership data than Netflix. Netflix said it had hired EY to audit its metrics.