NETFLIX on Tuesday announced that it will start charging users who share their passwords between households next year.

Subscribers will be asked to fork out extra to add members who do not live with them, in the latest crackdown on account sharing.

It emerged last month that the streaming giant was already testing the additional charges in Chile, Costa Rica and Peru.

Users who share passwords are forced to cough up around £ 2 / $ 2.70 in addition to their monthly subscription fee.

During its first-quarter earnings call on Tuesday, Netflix said it will expand its test to other countries, including the US, next year.

The tech titan stressed that it would continue to test the feature over the next 12 months before rolling it out more widely. 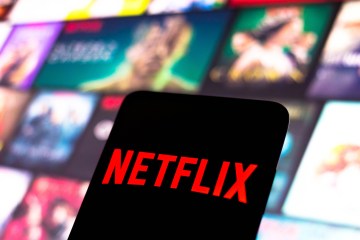 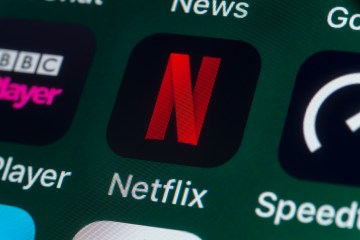 “Frankly, we’ve been working on this for about almost two years… a little over a year ago, we started doing some light test launches that… informed our thinking and helped us build the mechanisms that we’re deploying now,” explained Netflix Chief Product Officer Greg Peters, on the earnings call.

“We just did the first big country tests, but it will take a while to work this out and to get that balance right.”

It’s not clear how Netflix will detect password sharing, but last year it started testing a prompt that discourages freeloading.

Users are banned from sharing their account with those outside their household but Netflix has long turned a blind eye.

Under the latest crackdown, bill payers will be able to add sub accounts for up to two viewers who live elsewhere without breaking the rules.

Netflix said it has to curb the issue somehow so it can continue to invest in new big budget TV shows and movies.

But with recent subscription hikes, many will not be pleased about the prospect of being squeezed even further.

Just last month, the Squid Game and Bridgerton hitmaker announced plans to increase UK costs by up to £ 24 a year.

While customers on the premium package will be charged an extra £ 2, now costing them £ 15.99.

Since January, the price was raised in the US and Canada as well.

As part of this new move, the company has announced that subscribers will also be able to transfer profiles to a new account or extra member sub account.

This means they’ll be able to take all their viewing history, favorite shows and personalized recommendations with them.

“We recognize that people have many entertainment choices, so we want to ensure any new features are flexible and useful for members, whose subscriptions fund all our great TV and films,” said Chengyi Long, Netflix’s director of product innovation.

“We’ll be working to understand the utility of these two features for members in these three countries before making changes anywhere else in the world.”

Netflix is ​​hunting for ways to boost its revenue after subscription numbers skyrocketed during Covid-19 lockdowns.

Rising subscription costs and increased competition from the likes of Amazon Prime and Disney + are taking their toll, however.

On Tuesday, Netflix revealed that it had lost subscribers for the first time in a decade.

Netflix ended the first quarter of this year with 221.6million subscribers, slightly less than the final quarter of last year.

The company blamed the quarter-over-quarter erosion to suspension of its service in Russia due to Moscow’s invasion of Ukraine.

The Silicon Valley tech firm reported a net income of $ 1.6 billion in the recently ended quarter, compared to $ 1.7 billion in the same period a year earlier.

Netflix shares were down some 25 per cent to $ 262 in after-market trades that followed the release of the earnings figures.

We pay for your stories! Do you have a story for The Sun Online Tech & Science team? Email us at tech@the-sun.co.uk