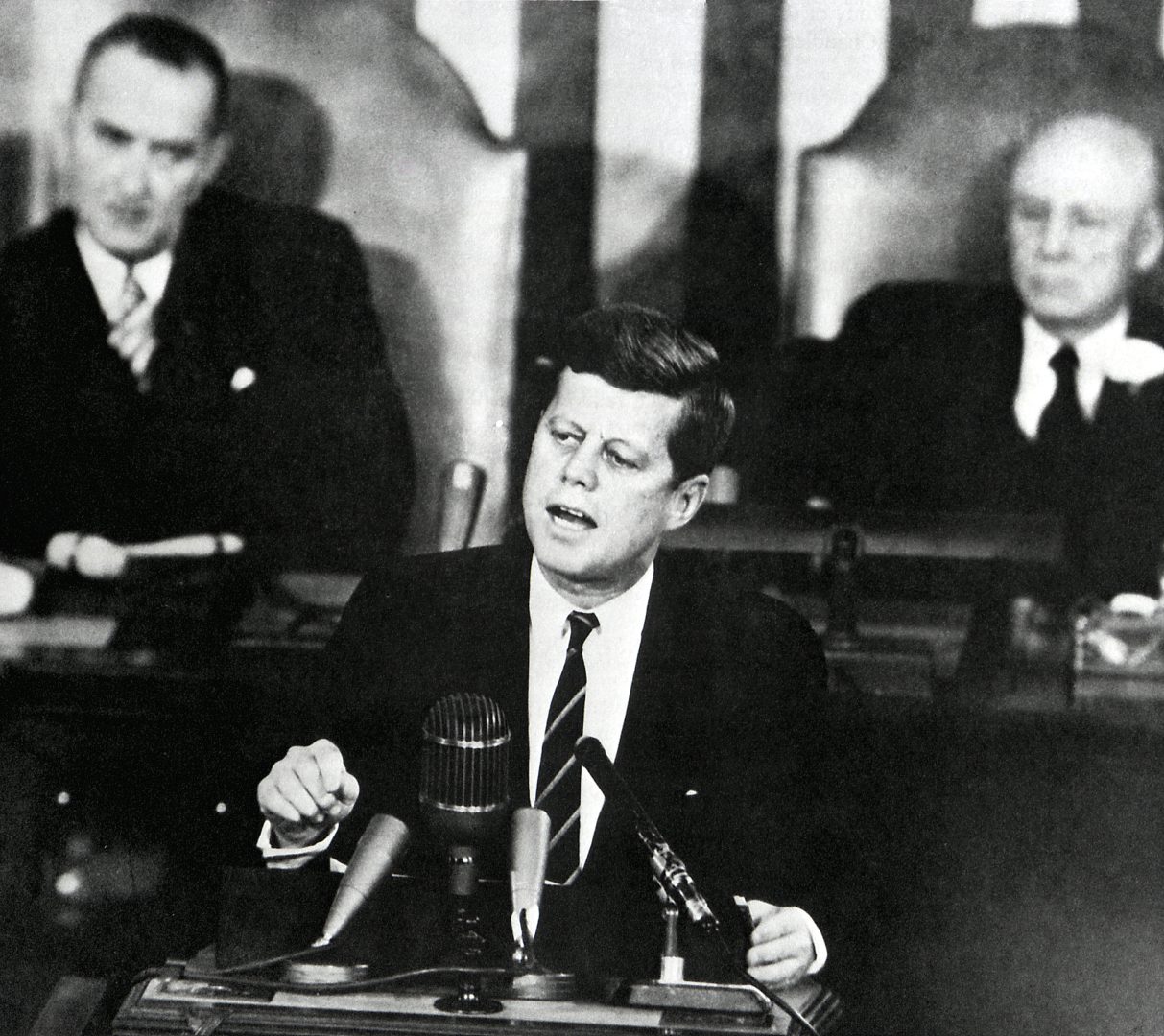 Speaking to Congress and The Nation, President Kennedy said on May 25, 1961; “I Believe th at this Nation should commit Itself to Achieving the Goal, Before This Decade Is Out, Of Landing a man on tne Moon and returning him Safely to Earth,” (MIX FILE)

Almost 60 years after his death, President John F. Kennedy continues to fascinate and be looked upon with admiration and even reverence.

Kennedy’s personal traits have to be one reason – his youth, oratory skills, ability to inspire and family all contribute to how he is remembered. Myths about Kennedy have grown throughout the last six decades as well.

A new book – Incomparable Grace – JFK in the Presidency by presidential historian Mark Updegrove takes a deeper look into Kennedy as president.

It describes a president who may not have been ready for the White House into one who grew into the job.

Mark Updegrove, who has authored five books on the presidency, is president and CEO of the LBJ Foundation and the presidential historian for ABC News, is with us on Wednesday’s Smart Talk.