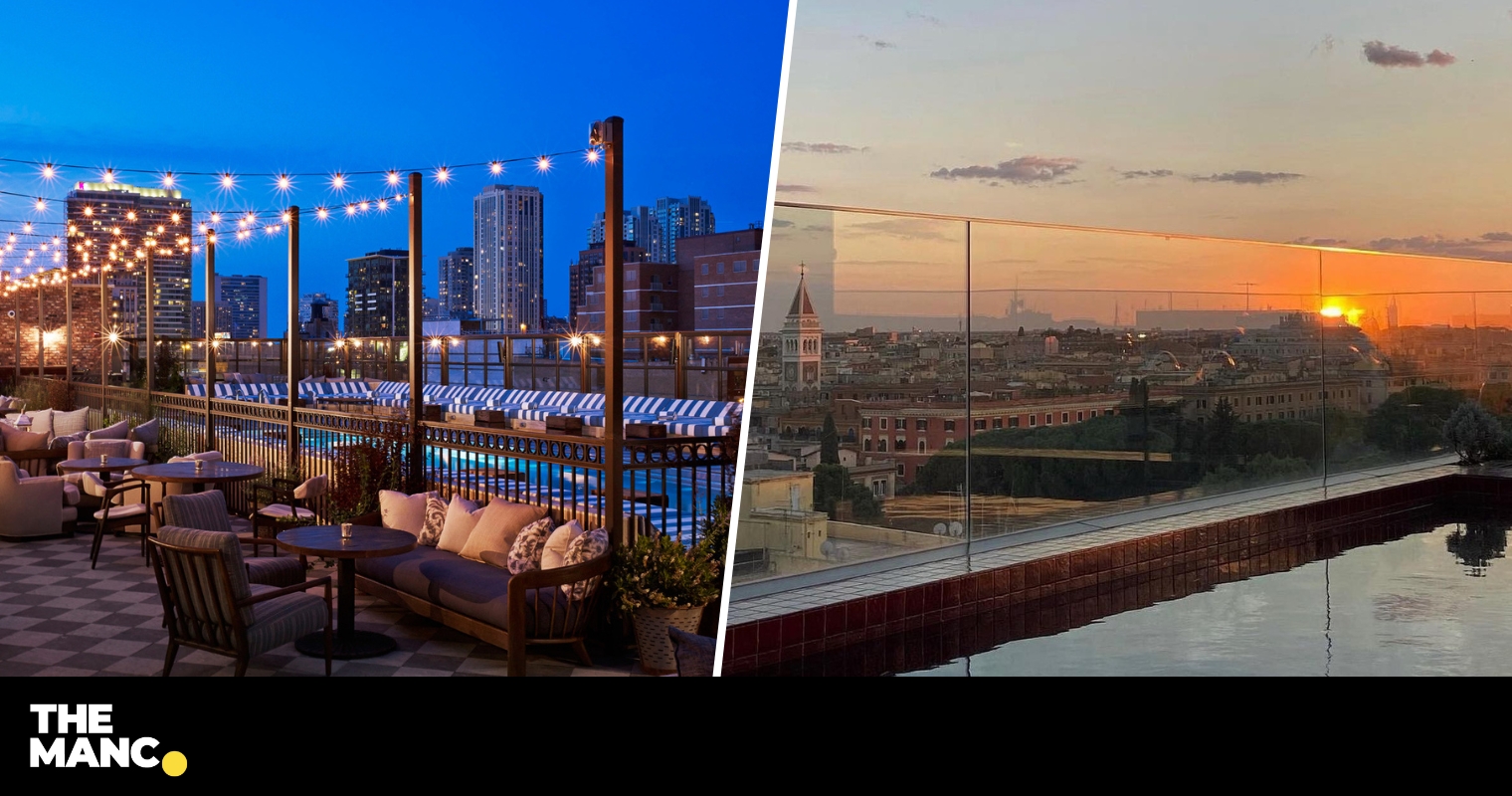 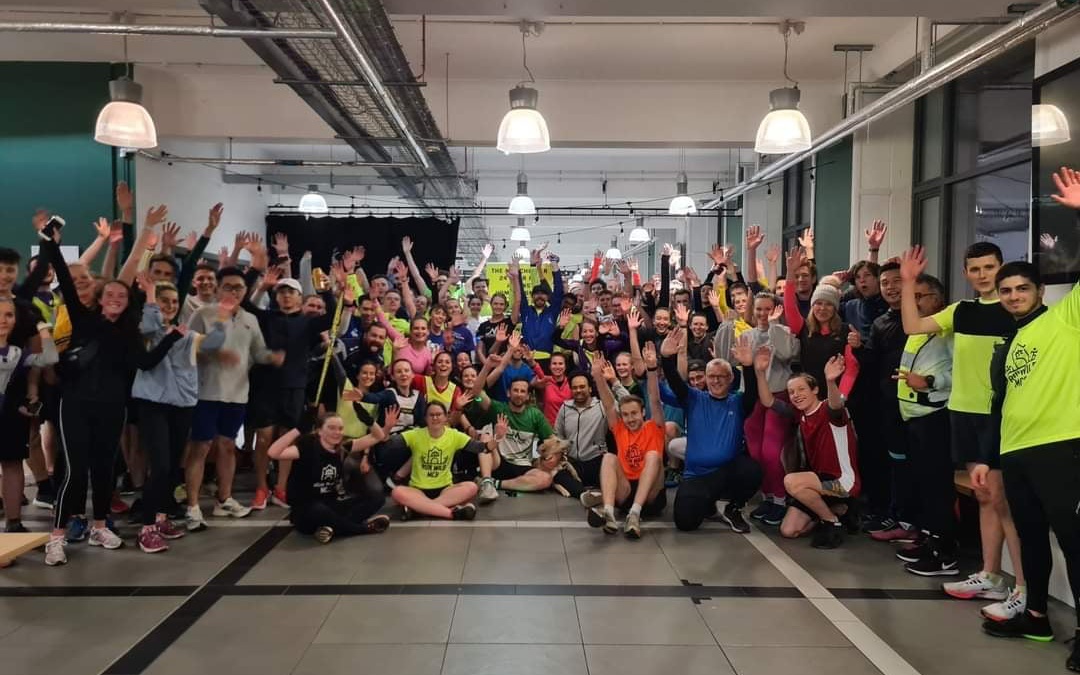 Homelessness remains one of the biggest problems facing the UK and hundreds of Manchester runners are once again turning up to do their bit to tackle the issue.

The Manchester 24 Hour Run Against Homelessness is an annual initiative that aims to raise money for the Greater Manchester Mayor’s ‘A Bed Every Night’ charity scheme.

Set up by the Run Wild MCR in 2019 – a running club and social society founded by students from the University of Manchester – the 24-hour marathon sees hordes of elite runners, casual joggers and newbies alike run around the city centre to fundraise.

Now in its fourth year, Run Wild‘s 24 Hour Run Against Homelessness is set to be bigger than ever, with an aim to raise more than £5,000 in 2022. That being said, we expect these wonderful lot to rack up much more than that, having totalled £12,000 in donations since the campaign was created.

How does it work?

The event is essentially a 24-hour group relay run where participants can join in for a 5k lap by simply turning up at the venue and joining the giant group of joggers.

The relay itself is led by one of several run leaders flying a flag for the charity and to help identify the group which can fluctuate in size throughout the day.

Big or small and come rain or shine, people keep going to do their bit to raise money and awareness for this crucial cause.

For anyone worrying about keeping up with the pace and/or distance, the relay is run at an accessible pace which still allows everyone to stay together for a social run and you take part for as long or as little as you like.

Relay groups tend to set off roughly every half an hour; this obviously varies depending on the overall pace of the runners but, once again, it’s not about the running itself: it’s about raising money and awareness for an issue often overlooked in this city.

Who’s taking part and how you can join

Given the charity run’s uni roots, there will of course be plenty of students joining in the relay, with the UoM Sport pledging dozens of runners and athletes to join the cause.

Several local running clubs including the likes of the Ancoats Run Club, Belle Vue Racers, the Manchester Road Runners (MRR) and many, many more — over 30 different organisations, in fact.

However, you don’t even need to be a regular runner to join in and there will be run leads, pacers and general ambassadors on-hand throughout for anyone that wants to get involved.

For those who can’t make it to the event, the organisers have even set up a virtual participation option, where people can sync their Strava app or enter distances manually to a virtual tracker accessible via the website.

An epidemic that cannot continue to be ignored

There are still an alarming number of homeless people living in Manchester in 2022: approximately 6,780 adults and children are said to be without a permanent domicile in the region, according to statistics from SocialHousing.co.uk.

Also, due to the current cost of living and energy crisis, there is an increased need to offer support this winter. Homeless charity Crisis UK estimates that one in four privately rented households were living in fuel poverty in 2020 and that figure is projected to jump by a staggering 42% by the end of the year.

In other words, the equivalent of more than 2.3 million households could struggle to pay their gas and electricity bills this winter and, therefore, even more individuals are at risk of becoming homeless.

That’s where charitable drives like this come in. Over £2,000 has been raised through donations already and more than £300 raised in shirt sales alone.

As Lucy from Ancoats Run Club said: “we do spend a lot of time running through the city centre, especially during the winter evenings. We can see the homelessness that affects Manchester. Being able to take part in this run is a great chance for us as a club to help raise”

A Bed Every Night is putting a dint in the problem

While this is obviously a national problem, A Bed Every Night (ABEN) is already supporting over 600 people currently needing a place to stay in Manchester.

Over 4,000 people have been supported by ABEN since 2019; at the time of writing, there are 619 people by associated accommodation in Greater Manchester, with 21 different organisations helping to provide a safe place to sleep across the region.

Better still, A Bed Every Night also includes specialist women’s, LGBTQ+, pet-friendly and ‘No Recourse to Public Funds’ accommodation. The Greater Manchester Mayor’s Charity is truly a lifeline for this city’s homeless population and has already helped reduce figures by more than 50%.

Moreover, as MRR chairman and founding member Chris Rider said of his club, one of their main aspirations is to have an impact in the community through acts such as fundraising and “the 24 Hour Run is a fantastic event raising much-needed funds for an important charity.”

Where and when is it?

The 24-hour marathon will be running 12 noon on Wednesday 16 November until 12pm the following day, with the laps starting from the 53two theatre and arts charity centre, located at Arch 19 on Watson Street.

Sign-up is completely free but not absolutely essential, you can also just rock up if you fancy doing your bit for charity on the day. You can also do as many or as few laps as you like — no matter how many you manage, it’s all going towards an important cause.

You can donate to the 24 Hour Run Against Homelessness 2022 HERE and be sure sure to follow them on their various socials for any and all updates on the day.

We hope to see you getting some laps in.

For all the latest news, events and goings on in Greater Manchester, subscribe to The Manc newsletter HERE.

No longer the ‘baby’ of the Scotland netball squad, Niamh McCall is now ready to step into the senior spotlight. When{...}

This week we are looking back on the 1980s. And we have found some lost pictures in our archive to{...}

Forget about Christmas cards: the posties are on strike. So are the ambulances, so don’t, for goodness sake, have an{...}