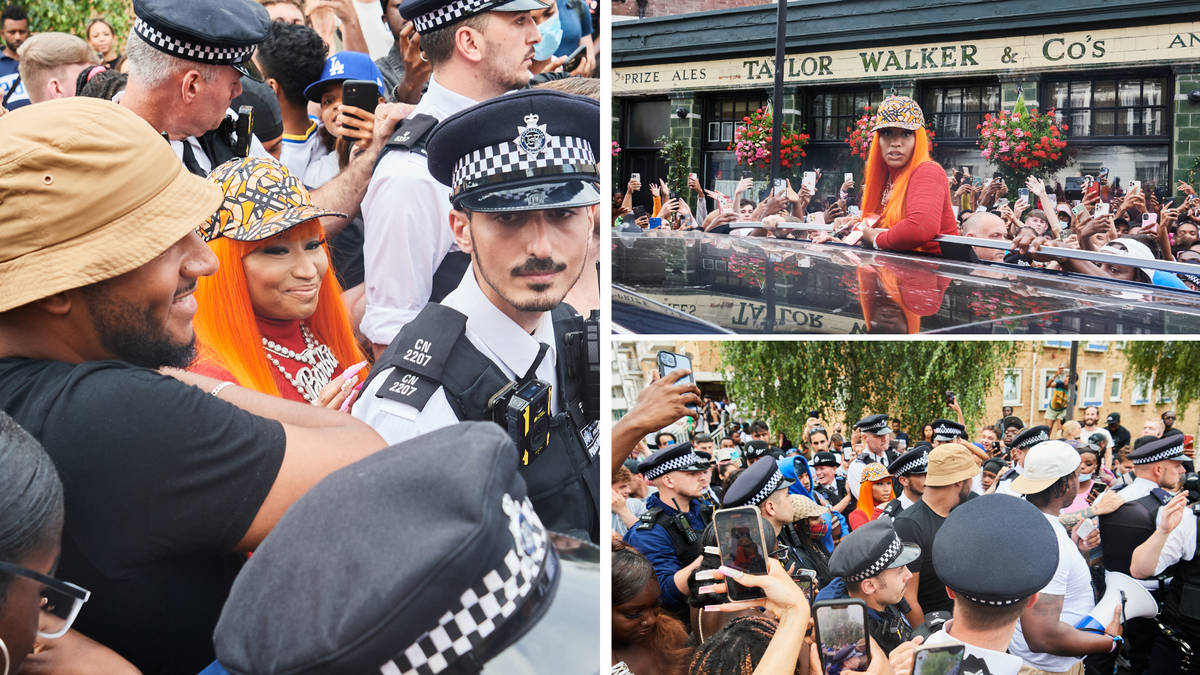 Thousands of Nicki Minaj fans have been left disappointed after she was forced leave a meet-and-greet in London after being mobbed by fans outside the venue.

Superfans had flown from across the world to watch the rap superstar, 39, take to the stage at Wireless Festival on Sunday at Finsbury Park but some did not make it in as the gates were closed early due to overcrowding issues.

Hours after the event, Minaj announced she would be hosting a spontaneous meet-and-greet at Cafe Koko in Camden on Monday which prompted crowds of adoring fans to arrive at the venue from the early hours of the morning in hope of catching a glimpse of the Super Bass singer.

She initially told her 198 million followers on Instagram that she would arrive at 12pm, but this was later pushed back to 2pm – and when she tried to enter the venue just before 6pm police had to form a wall around her as masses of fans rushed to see her.

Police had to escort Minaj back to her vehicle before she could enter the venue.

Ahead of her attempted arrival, a select number were allowed into Cafe Koko after a few hours while thousands more queued outside in the more than 30C heat in the hope of seeing the rapper.

Among the crowds was Imenella, 34, from Sweden, who flew with her friend to the UK to see the rapper perform at Wireless on Sunday.

However, due to their flight being delayed they arrived at the festival at 6pm and were not allowed in despite having a ticket as the gates had been closed early due to overcrowding issues which caused dozens of police officers to be deployed.

Imenella described the situation as a “disaster” recalling how some fans jumped the fence to get into the venue.

“When the first song came (on) we were standing outside, I just started crying, I was so sad,” she said.

The Swedish fans had hoped the meet and greet would make up for missing out at the festival and added that they would not return to a Wireless festival again after their experience.

The rapper’s much-anticipated headline set was also delayed by 30 minutes and had to finish abruptly at 9.30pm due to curfew laws.

Alex Ronald, 21 from Glasgow, said he was “disappointed” with his whole experience as he left the Camden venue early at around 4pm to catch his train home after queueing since before 7am.

He explained how he and his friend had to deal with being “crushed” during the festival the previous day, describing the situation as a “nightmare”.

While 22-year-old Alydia, who flew from Amsterdam by herself to see Minaj perform, recalled how some people were being “trampled” during the festival and were pulled out by security due to safety concerns and as people were “passing out”.

She said she felt the Wireless Festival staff and security had “tried their best” in the situation but that the crowd were very energetic.

Minaj’s Wireless performance was part of a historic line-up of all-female headliners across the weekend – with Cardi B topping the bill on Friday while SZA closed out Saturday.

The organisers of Wireless Festival and representatives of Minaj have been contacted for comment. 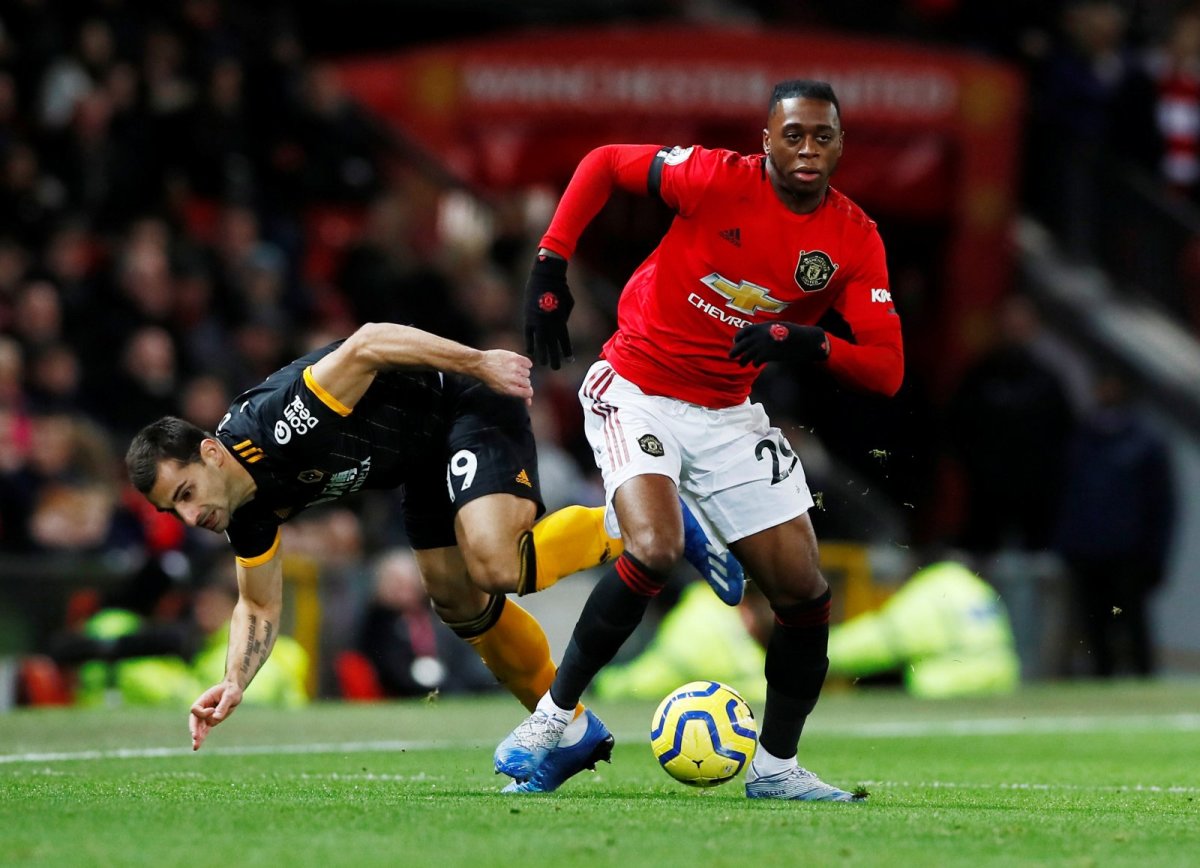 According to a recent report, there are claims about Manchester United’s plans if a potential exit of the Red Devils’{...} 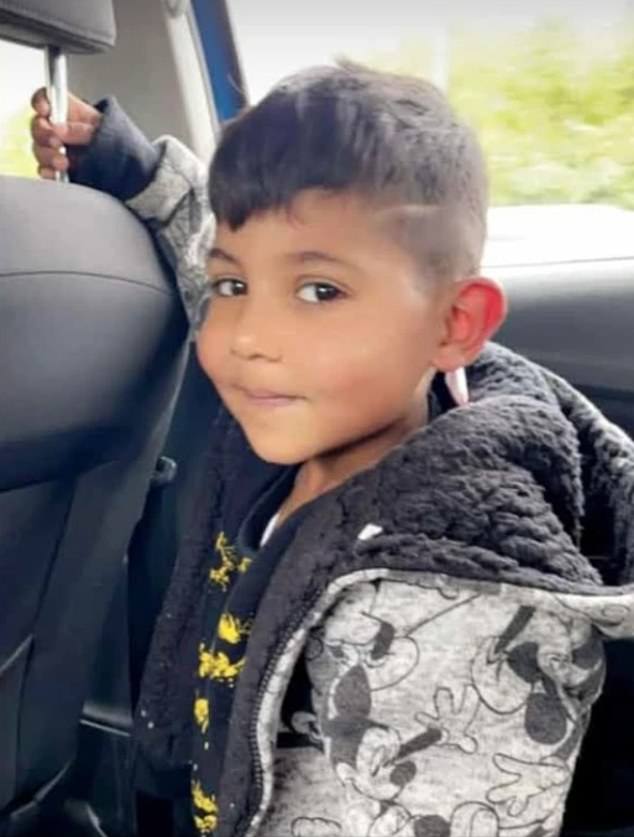 The family of a five-year-old boy who died after being hit by a bin lorry ‘while he was out riding{...}

Ministers are preparing for a surge in demand on the NHS and other essential services ahead of a heatwave that{...}