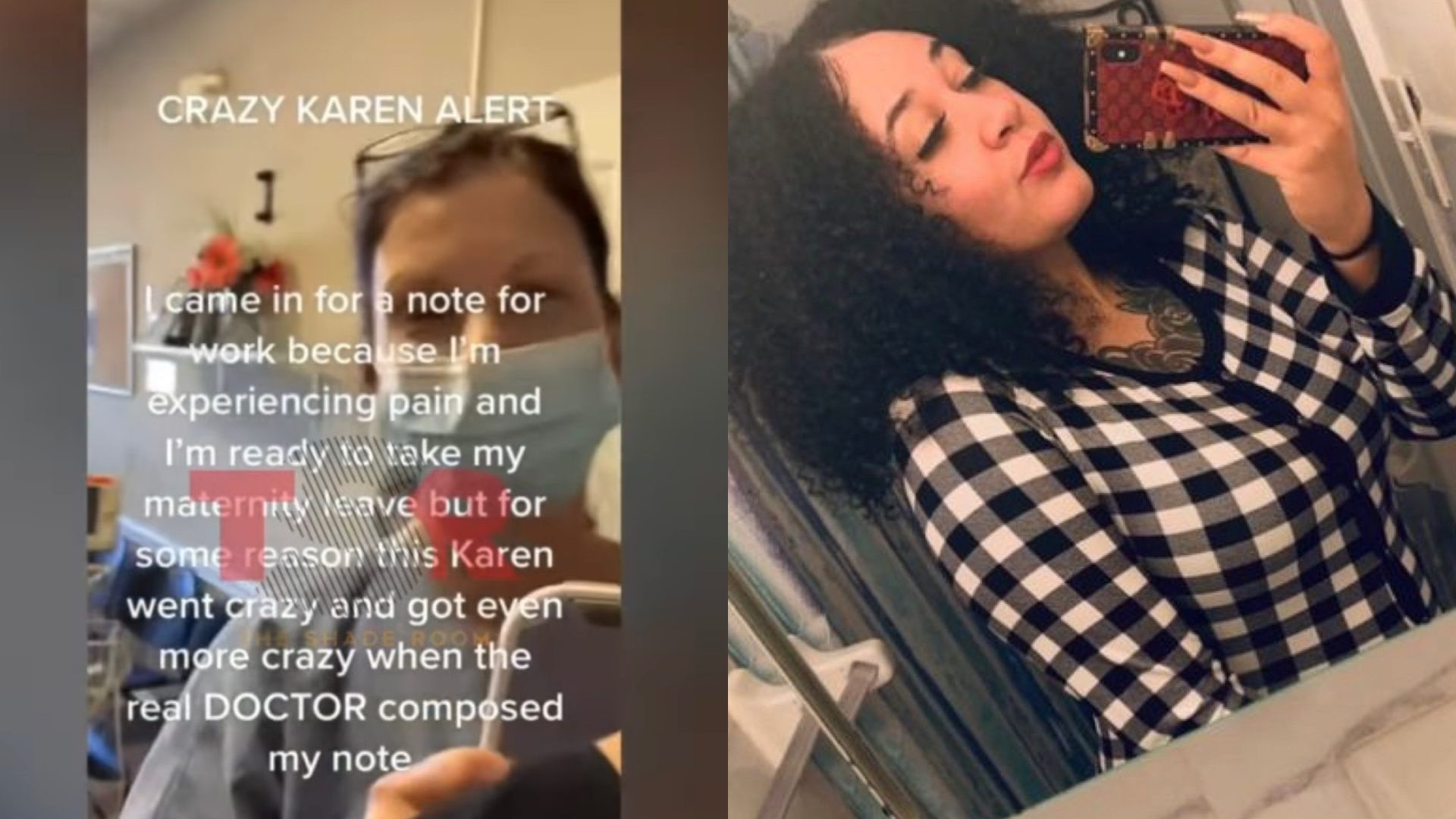 A nurse practitioner in Pennslyvania is at the center of major online backlash after an expectant mother shared her experience with the medical professional.

The nurse, identified as Theresa Smigo by online users, appears to harass the seven-months-pregnant woman because she requested a work excuse due to pain.

Over the weekend, the mother named, Jillian shared three videos online. The first clip shows her interaction with the nurse at the Philly Pregnancy Center. After the video went viral, Jillian posted the other two clips explaining what happened.

Jillian said she contacted the center for a doctor’s note after experiencing pain. After requesting an appointment for a week, the center told her to come in. At her appointment, Jillian said she tried to explain her discomfort to Smigo seen in the viral video. But, per the mother, the nurse wasn’t interested in the details.

“When I tried to explain my pain and exactly what I was feeling, she cut me off, said let me examine you, I want to feel your cervix. So I got up on the table for her to examine me, she was very aggressive. She shoved her fingers, it was painful,” Jillian said.

After the exam, Smigo told Jillian she could still work, and the most she could do was say Jillian couldn’t lift 25 pounds or more. At this point, the mother began to argue her case for a work excuse, but Smigo wasn’t budging. So they make their way to the front desk, where Smigo allegedly blurted out Jillian’s information loud enough for another patient in the lobby to hear. Finally, the front-desk receptionist got a doctor on the phone.

Nurse Calls 911 After The Mother Called Her A “Weirdo”

While on the phone, the doctor asks the mother to move to the back to explain her symptoms. On her way to the back, Smigo allegedly said, “please don’t take her to my office.” So, the mother responded, “nobody wants to go to your office, you’re a weirdo for that.”

Afterward, Smigo came to Jillian and informed her that she had called the police over the weirdo insult.

@goddess_jay_This is part 1 to the crazy karen story . Please repost keep this viral i need to bring awareness and get justice for the way i was treated . I appreciate all the love and couldn’t get to every comment . So thank you so much for all the love !♬ original sound – Jillian

In the second explainer video, Jillian revealed she suffered a panic attack after the nurse said she called the police. After calming down, Jillian said she walked to the lobby, and cops were waiting on her. The mother said the police were slightly aggressive but didn’t think to record because those weren’t her intentions.

The police told Jillian that the nurse told them she felt threatened. But the mother countered that claim by saying she was almost eight months pregnant and no threat to anyone. The police also said Smigo claimed Jillian came to the center for “a note to get a free ride.”

The police left, and Jillian took a seat in the lobby to wait on the note, which the doctor approved.

Not quite finished with Jillian, the nurse approached her. But the mother tried to ignore her by focusing on her phone. Still, the nurse positioned herself in front of Jillian and asked her, “what were you thinking when you got pregnant.” Jillian didn’t respond, but the nurse kept trying to initiate a conversation.

“So I finally just said, listen I don’t care what you got to say. Please get out my face, go about your day. So she goes, “Jillian you’re a piece of sh*t. What were you thinking when you opened your legs and got pregnant?” From there, I immediately hurried up and went to my camera,” she said.

Nurse Accuses The Mother Of Wanting To Commit Fraud

Unaware she was being recorded; the nurse continued to drill into Jillian–even imposing her own experiences.

“What were you thinking about when you got pregnant? That you were not going to work? I’m just curious cause like I’ve had three kids. I worked up until the second they were born,” Smigo said.

Jillian fired back, reminding the nurse that they were different people. But, again, the nurse insisted she asked the question to understand Jillian’s mindset and repeated her “what were you thinking” statement. Jillian responded, “I was thinking ’bout having a kid,” and stated she was confused by the direction of the conversation.

Smigo then said she performed an assessment and gave her best medical advice, but Jillian “didn’t like that.” Jillian again explained her purpose for visiting the clinic–an excuse note to “take it easy” for the next two months of her pregnancy. Smigo then said she explained to Jillian that giving her a letter is “fraud” and that the content on her medical chart is false, despite the doctor granting Jillian her note.

“Cause I stuck my hand in there and checked your cervix,” Smigo responded with a laugh.

The mother fired back again, listing body parts and symptoms affecting her. Smigo mumbled something before starting towards the center’s front door.

Mother Reveals She’s Recording, Smigo Swings An Object At Her In Response

At that point, Jillian revealed she was recording the conversation by pointing her camera directly at Smigo.

Smigo reacted by swinging an office tool in Jillian’s direction multiple times and trying to grab the phone from the mother’s hand. To keep Smigo away, Jillian held her hand out in front of her. Smigo paced back and forth, making threats to call the police again. Finally, she walked towards the front door while loudly laughing, and Jillian panned the camera to show a sign featuring the center’s name.

This is how Black women experience maternal mortality at such high rates. And, why is this nurse second guessing the doctor? Furthermore, what business is it of this nurse IF the patient doesn’t want to work during her pregnancy? pic.twitter.com/oQSAlwAUiK

Jillian provided another update on TikTok for those following her situation. It appears that the pregnancy center responded to the incident in a comment section with a lengthy statement–placing the blame primarily on the patient. Several Twitter users have also claimed they’ve received the same information after emailing a complaint on behalf of Jillian.

“Although patients are ALWAYS right and health care providers should never conflict with patients and avoid at all costs any verbal or physical dispute–it was the patient who called the names, cursed her and used unacceptable language when she heard that the NP does not think that she need to get an excuse letter from work,” the comment said. They added, “We do not deserve this kind of treatment and harassment that we have endured by this patient and her followers on social media and beyond.”

Jillian also said she spoke to the center’s doctor on the phone after the video went viral. The doctor allegedly also blamed Jillian. However, Jillian did say the center suspended Smigo but had not fired her.

Update for the viral pregnancy center story . I am the creator of the video keep sharing follow this page for updates and keep this viral this can’t just be swept under the rug I appreciate all the support pic.twitter.com/X7ZEcyRFaw

But despite the center’s position, Jillian’s story has inspired other mothers to share similar experiences with Theresa Smigo.

So I’m not the only one who was treated badly by this doctor. Keep this viral something has got to give pic.twitter.com/W2bh9NmGVB

This story is still developing. 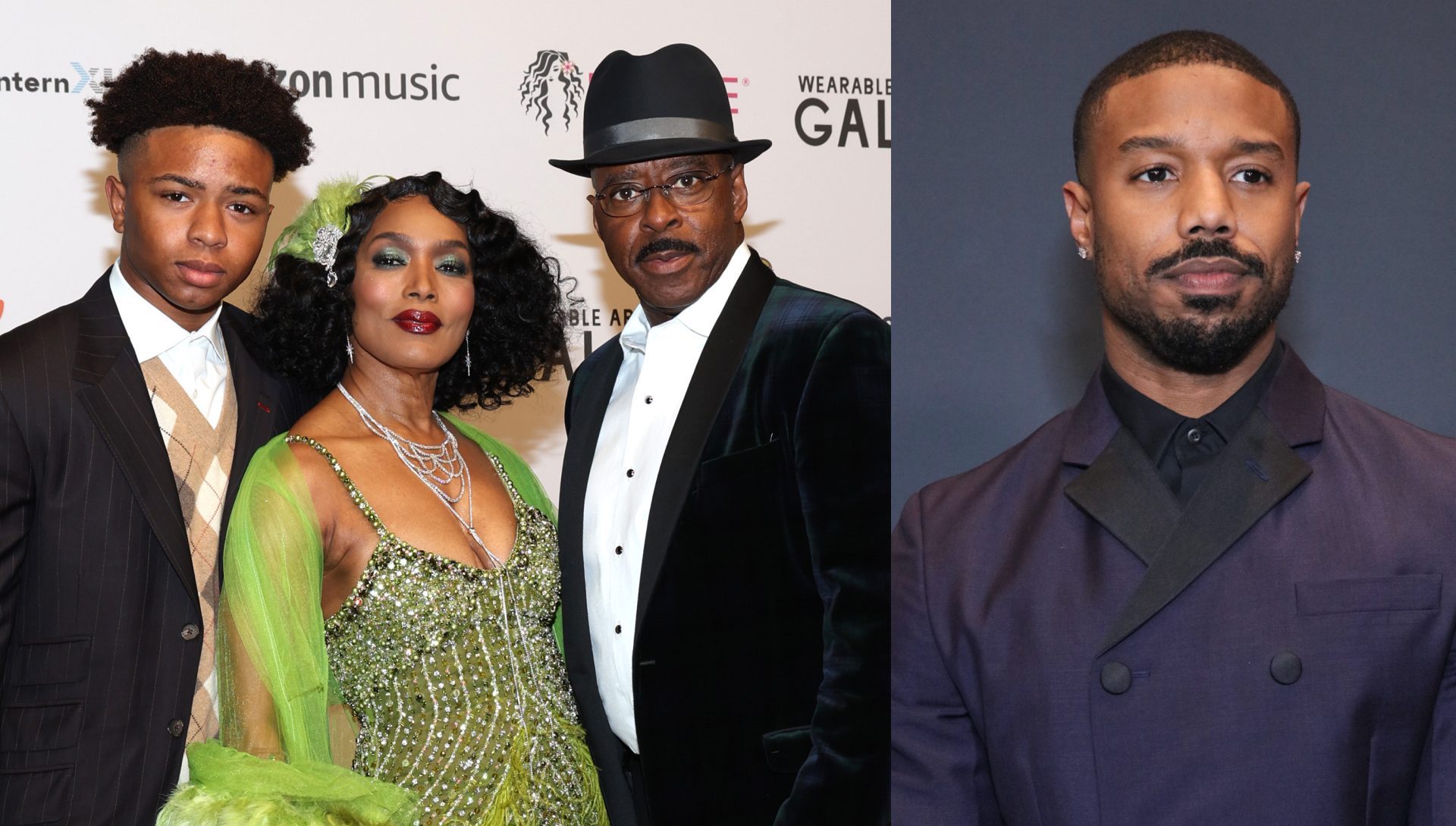 Angela Bassett and Courtney B. Vance‘s teenage son Slater ended his 2022 in the hot seat. The 16-year-old recently issued an{...}

Christmas is going to be a little different this year for the royal family as this will mark their first{...}

A few of Kim Kardashian‘s recent photos are turning heads for more than one reason. If you’re wondering what the buzz is{...}