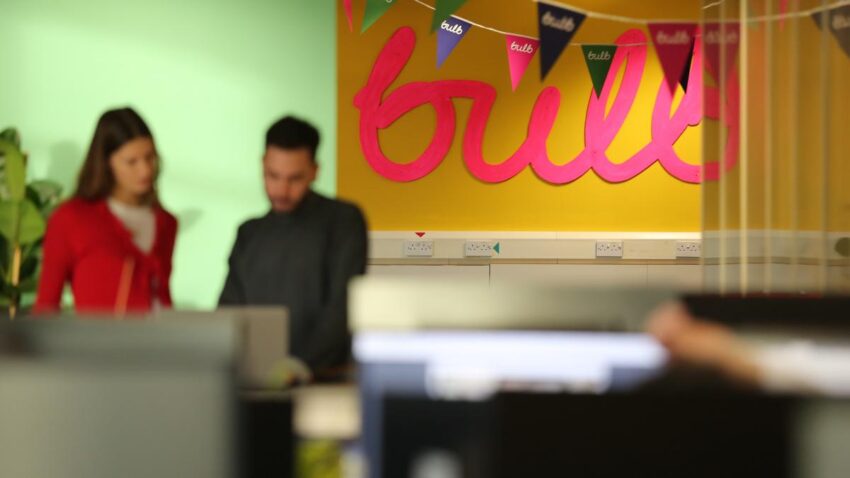 The Government is weighing up Bulb Energy’s (Bulb) future after the auction process for the fallen energy firm attracted just one bid.

Only Octopus Energy (Octopus) submitted a final offer for Bulb – as first reported in The Financial Times – after Masdar Energy (Masdar) and British Gas owner Centrica both pulled out of the running this month.

Masdar, an Abu Dhabi-based company, had been in discussions with the government but declined to make a bid.

However, they may still provide financing for Octopus.

It has already picked up hundreds of thousands of customers through the supplier of last resort process, including Avro Energy’s entire customer base.

The Government has been keen to sell Bulb since it feel into de-facto nationalisation last November, but the collapse in bids means it is now in a weakened negotiating position.

Bulb became the first energy firm to fall into special administration last November, with the supplier struggling amid spiralling wholesale costs and the constraints of the price cap.

It was considered too large for the supplier of last resort process, which has seen over two million customers move from fallen firms to surviving suppliers.

Since then, Bulb and its parent company Simple Energy have been overseen by administrators Teneo and Simple Energy.

For the past eight months, it has been propped up regular transfusions of public funds – estimated at over £2bn – making it the biggest state bailout since Royal Bank of Scotland in 2008.

Alongside the operating costs, Bulb is gobbling up cash as a result of government rules that do not allow it to hedge — or buy in advance the energy it sells.

That has left it exposed to volatile gas prices, which have soared since Russia invaded Ukraine.

Despite the turmoil, it remains the UK’s seventh largest supplier, home to 1.7m customers, however there are concerns customers could flee to other suppliers following the crisis.

Stocks in the news, big brokerage calls of the day, complete trade setup and much more!{...}

© Reuters. A man on a bicycle stands in front of an electronic board showing Shanghai stock index, Nikkei share{...}

This week, a Democratic candidate for a Pennsylvania U.S. Senate seat raised half a million dollars in just 24 hours.{...}