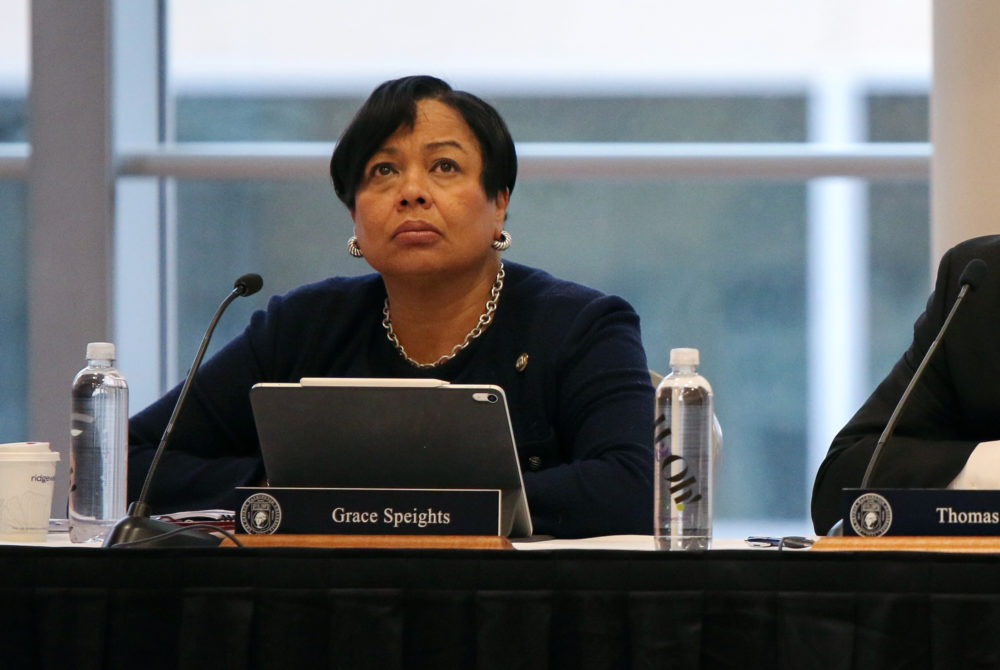 A University spokesperson declined to say how long officials intend to continue Wrighton’s interim contract with the University.

Officials have remained silent on the search for GW’s next permanent president despite previous expectations that the search would commence in “early spring.”

Board of Trustees Chair Grace Speights said in September that the University would begin its search for a permanent president in “early spring,” but officials have declined to provide any updates about the process as the semester nears its close. The Board hired Mark Wrighton as interim University president for up to 18 months beginning this past January, a term that will end no later than next summer.

Pierce declined to say how long officials intend to continue Wrighton’s contract with the University.

GW’s most recent search for a permanent president started after former University President Steven Knapp announced his departure in June 2016. Officials formed a 19-member committee made up of faculty, trustees, alumni, staff and a student representative nearly three weeks after announcing the start of the search.

Pierce also declined to say when the Board will create a formal search committee or when they will start accepting nominations for the position.

Months after Thomas LeBlanc announced his retirement as University president in May 2021, officials similarly remained quiet. Officials said days after they announced LeBlanc would be stepping down that trustees were discussing the search but declined to provide further details about the process in the weeks leading up to Wrighton’s sudden hiring announcement.

Speights announced last September that trustees would hire Wrighton and postpone the presidential search, citing a need to first strengthen shared governance to place GW in the best position possible to attract presidential talent amid the large number of ongoing searches nationwide.

“My principal responsibility will be to prepare for my successor,” Wrighton said at a Faculty Senate meeting in January. “As you know, I’m appointed for a relatively short term as president, and I’m looking forward to preparing the University for the recruitment of a truly outstanding academic leader.”

The Board is expected to vote on a shared governance framework next month after receiving endorsements from the faculty senators and senior administrators, the product of the monthlong, consensus-building initiative.

Even with the framework now poised for final approval, the group spearheading its development has found remaining divisions over who should lead the presidential search.

A survey of full-time faculty, administrators and trustees released in March found that the majority of faculty and administrators said the three groups should take a joint lead in picking a new princident. But almost 90 percent of trustees said the Board should have control over the selection process.

Faculty leaders had expressed concerns during the previous presidential search that the Board’s search committee did not represent the University.

The shared governance framework does not directly mention the presidential search but instead establishes a set of principles to be used in major decision-making.

“The one thing I can say about the search process is that it will be very inclusive,” Speights said in an interview in September. “There will be representation from all constituents. We will focus on diversity, and we will focus on inclusion. ”

The Faculty Assembly approved a 17-member faculty consultative committee in October to advise trustees during the search process, a move in line with past searches.

In the search that ended in LeBlanc’s hiring, trustees engaged search firm Isaacson, Miller to help create a list of candidates and advise officials on who should fill the position. Officials declined to say whether they had hired an outside search firm to assist in the presidential search, and Isaacson, Miller did not return a request for comment.

The Board also typically releases a presidential profile once the search is underway to explain the qualifications that officials are looking for in candidates.

The website that officials have historically used to publish updates and information about presidential searches is currently inaccessible and is listed as “under maintenance” as of Sunday.

In the most recent search, officials garnered more than 100 nominations for the University presidency from community members. In January 2017, the University announced LeBlanc would arrive at GW that August, ending a seven-month search process.

This article appeared in the April 18, 2022 issue of the Hatchet.