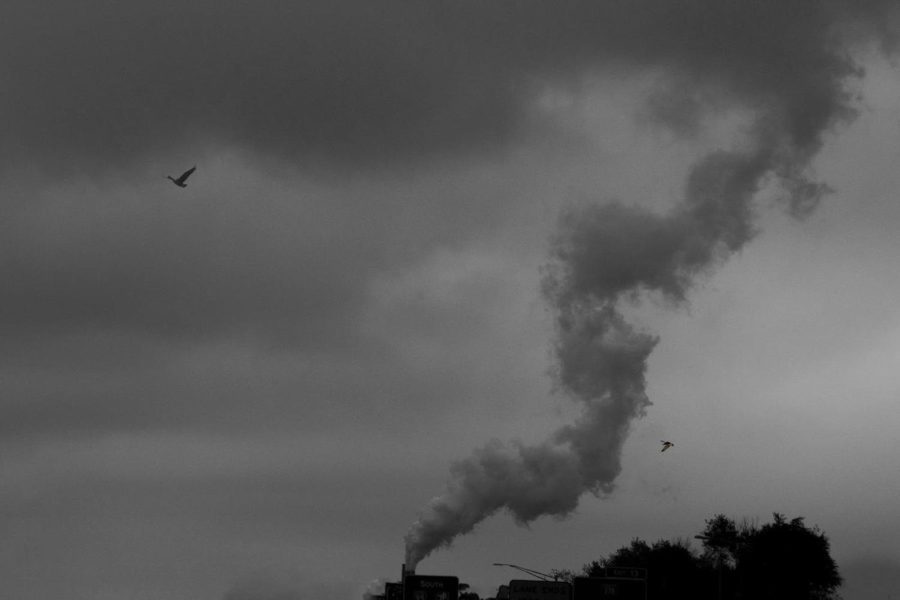 Photo courtesy of Kenneth He

“In the 20th century, the use of fossil fuels, pollution and selfish greed have left our planet with poor air quality. As a result, healthy environments for animals like birds are diminishing at an alarming rate, leaving them with little resources to live. Will Earth become a place only inhabited by humans?”

This year’s One Book One Northwestern selection, Hope Jahren’s “The Story Of More: How We Got to Climate Change and Where to Go from Here,” was succeeded by a student photography contest. It encouraged students to look for ways to connect imagery with the history, consequences or solutions to climate change through an original photo submission.

The Daily spoke to the winners about their techniques and inspirations.

Following review by a committee of Northwestern representatives, Bienen freshman Kenneth He was selected as the first-place winner.

His black-and-white photograph illustrating the impact of air pollution on wildlife earned him the coveted prize.

Medill graduate student Hana Ahmed’s submission featuring a picture of a burning photograph she took while on a hot air balloon in Egypt received second place.

McCormick junior Olivia Johansson took her photo in the Boundary Waters Canoe Area Wilderness of northern Minnesota. She said she was on her lunch break outside her office when she realized the landscape would be perfect for a photo.

“I was at the docks looking out and I saw the mist rolling across the lake,” Johansson said. “And I saw this little water bottle that had been left, and I thought it was a really striking photo.”

As a member of Save the Boundary Waters, a campaign aiming to permanently protect Minnesota’s BWCAW from ore mining, Johansson said she has long advocated for climate change initiatives.

Her photo reflects both her involvement in environmentalism, as well as the particular value she has for the area.

“I think we should embrace the beauty and environments in our everyday lives. Take a moment to appreciate your local park and your local streams, and make sure that they are being taken care of and they are being respected as part of our kind of urban environment, as well,” she said.

Natalia Tapia Moreno’s photo won the People’s Choice award from a Facebook poll run by One Book One Northwestern.

Moreno’s photo was inspired by her 10-year-old sister, who once asked her, “Do you think I will survive climate change?” Moreno said she felt saddened by the burden already placed on younger generations.

“I wanted to include all these different contributors or consequences of climate change and just show them in a single picture to have a greater impact,” Moreno said.

When reading the book, Moreno was struck by its focus on the systemic issues contributing to climate change.

“Although the book gives you tools so you as an individual can have an impact, it also discusses how you are part of a greater system and every single one of us is contributing in a way,” Moreno said. “But if you don’t change the whole system, there’s not much that we can do about it.”