One of two Eurasian beavers – that became extinct in Britain 400 years ago and were reintroduced earlier this year – has been found dead. A pair of Eurasian beavers were released at a country park in Enfield, three months ago as part of a scheme to reintroduce the once endangered animals into the UK. They were the first to be introduced to the capital since the species went extinct in Britain in the 16th century.

The species was once widespread across the two continents, but was hunted to near-extinction for both its fur and castoreum – sacks beavers use to mark territory – until at the turn of the 20th century, only around 1,200 beavers survived in Europe and Asia. It has since been reintroduced to much of its former habitat and is now found in Spain, Central Europe, Great Britain and Scandinavia as well as in a few regions in China and Mongolia.

Beavers made a comeback in the UK over the last decade, with a population of several hundred now roaming Scotland’s rivers and streams, with smaller groups dotted around England and Wales.

In March this year a male taken from Yorkshire and a female from Scotland were released into Forty Hall Farm. It was hoped the pair would mate, but on Friday it emerged the male was found dead and had passed away from natural causes.

A spokeswoman for Enfield council: “We are saddened and sorry to confirm one of the two beavers at Forty Hall Farm has died. The results of a post mortem have confirmed that the male beaver died of natural causes. In conjunction with experts the beaver enclosure was designed and built to the highest standards to meet Natural England’s requirements in order to obtain the requisite licence.

“These experts are confident that the environment that has been created is good. We also have a stringent monitoring programme in place that observes the health of the animals within the enclosure, food and water supply, topography and other environmental factors.”

The hunt is now on for a replacement male beaver to accompany the female. Video footage of their habitat and observations by experts confirmed she is still safe and well, the council added.

The spokeswoman said: “The council continues to work with these partners to ensure the health and wellbeing of any beavers contained within the enclosure remain of the uppermost importance. It is our intention to find a suitable replacement beaver as soon as it is feasible. Enfield Council is in discussions in respect to another beaver release at the appropriate season.

“This will also give us time to make some adjustments to the enclosure to further enhance the conditions for the inhabitants. In the meantime, we will continue to monitor the remaining female beaver as closely as possible without disturbing her or the habitat.

“We can confirm that on-the-ground observations and video footage show she is safe and well and is settling in happily.”

Want more from MyLondon? Sign up to our daily newsletters for all the latest and greatest from across London here. 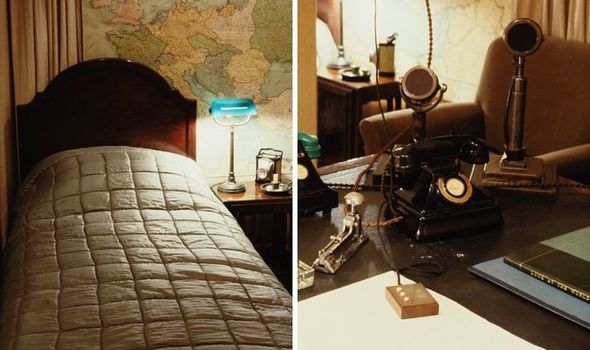