The OnePlus 10 Pro is the latest flagship phone from OnePlus – and while we though it would be the only entry in the 10 line, rumours now say a regular model is still on the way.

The 10 Pro’s striking design and specs were enough to earn it one of our coveted
Best of CES Awards earlier this year, and a Recommended badge in our 4-star
OnePlus 10 Pro review – can the vanilla model pull off the same trick?

When is the OnePlus 10 release date?

OnePlus launched the OnePlus 10 Pro in China on 11 January, after first
revealing the phone at CES 2022.

A few months later on 31 March, the company launched the OnePlus 10 Pro globally, with key markets being
North America,
India,
the UK and
Europe, where the phone is available to buy now.

OnePlus didn’t seem to be planning a regular 10 this year – to the extent that co-founder Pete Lau told
TechRadar that there are no plans for other phones in the 10 series – but the latest leaks say that a vanilla model is still coming sometime in the second half of 2022, though leaker
Max Jambor thinks that this phone will instead be called the OnePlus 10T.

The company has also confirmed a launch for a slightly cheaper
OnePlus 10R in India, and there are hopes the company is working on a
10 Ultra to release later in the year.

How much will the OnePlus 10 cost?

Here are the US, UK, European, and Indian prices for the 10 Pro:

If and when the regular model launches, except it to come in a little cheaper, likely in line with last year’s OnePlus 9 prices:

Check out our guide on
where to buy the OnePlus 10 Pro for the best deals and prices we’ve found on the phone in all those key markets.

With the OnePlus 10 Pro on sale we know everything about that phone – but a lot less about the regular model.

First we’ll lay out the latest leaks about the vanilla 10, but skip ahead to the
10 Pro specs if you want to know the confirmed details of that phone.

So far we only have one reliable source on specs for the regular OnePlus 10 (or 10T, if that’s its name): a report from
Digit India in collaboration with leaker OnLeaks.

The first key detail is that even OnePlus doesn’t know what chip the phone will feature. The company is apparently testing two variants of the phone right now: one using MediaTek’s current flagship
Dimensity 9000, and the other Qualcomm’s next-gen flagship chip, the Snapdragon 8+ Gen 1.

OnePlus has since confirmed that it has an 8+ Gen 1 phone on the way, so that’s almost certainly the chip we’ll see – unless it has multiple flagships planned this year of course.

The display will reportedly be a 6.7in FHD+ AMOLED. Interestingly, this is not only set to offer a 120Hz refresh rate but may use LTPO 2.0 tech to scale that resolution down as low as 1Hz to save power – a first for an FHD+ display, to our knowledge.

Cameras will apparently be a 50Mp main shooter together with a 16Mp ultrawide and 2Mp macro, while an “improved” 32Mp selfie camera will be found on the front. There’s no word yet on the specific sensors for any of those though, nor their apertures or other key specs.

As you’d expect, the phone will also ship with Android 12 and the latest OxygenOS 12 skin on top.

The design itself remains unknown, except for one detail: OnLeaks says this will be the first OnePlus flagship to ditch its trademark alert slider. This has been dropped from loads of the phones cheaper devices already, but it’s certainly sad to see it now omitted from the company’s core line.

One possible guess at the design comes from early leaks for the
Oppo Reno 8. Early leaked renders for that phone revealed a design that’s very similar to the OnePlus 10 Pro, and while the final Reno 8 phone ended up looking rather different, we wouldn’t be surprised to see this approach taken with the regular OnePlus 10.

If you’d rather watch than read, we review the OnePlus 10 Pro in full in episode 108 of our weekly podcast
Fast Charge:

OnePlus first revealed the phone’s official design – though it’s not new to us, as the exact design was leaked by
OnLeaks and Zouton back in November, last year.

OnePlus has revealed Volcanic Black and Emerald Green variants of the 10 Pro as the default colourways, along with a
Ceramic White ‘Extreme Edition’ of the phone that’s so far exclusive to China. Curiously, the OnLeaks report claimed that the phone will also be available in a light blue finish that we haven’t seen any sign of yet. 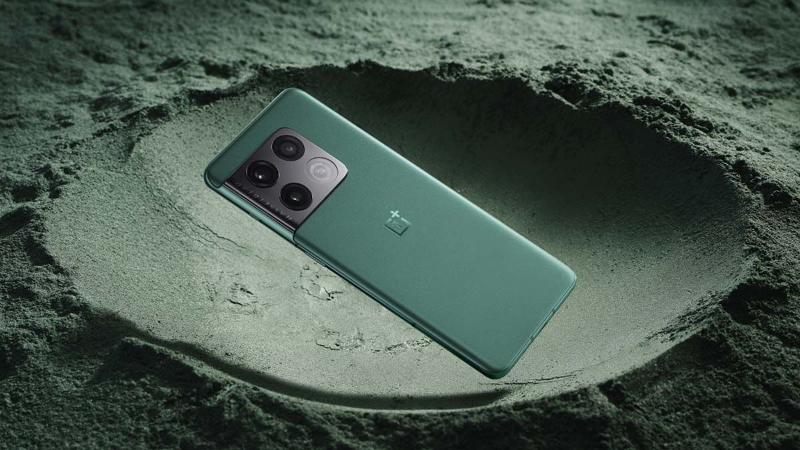 On the front, you’ll find a 6.7in curved display – similar to previous Pro entries – with a punch-hole selfie camera in the top-left corner.

Officially, there’s no IP rating for dust or water-resistance. However, a carrier-exclusive model in the US does have an IP68 rating – basically the best around – and OnePlus has confirmed that there are no build quality differences between that model and the others. So it sounds like the phone would meet the IP68 standards, but OnePlus didn’t want to pay for certification, though we can’t say that for definite. 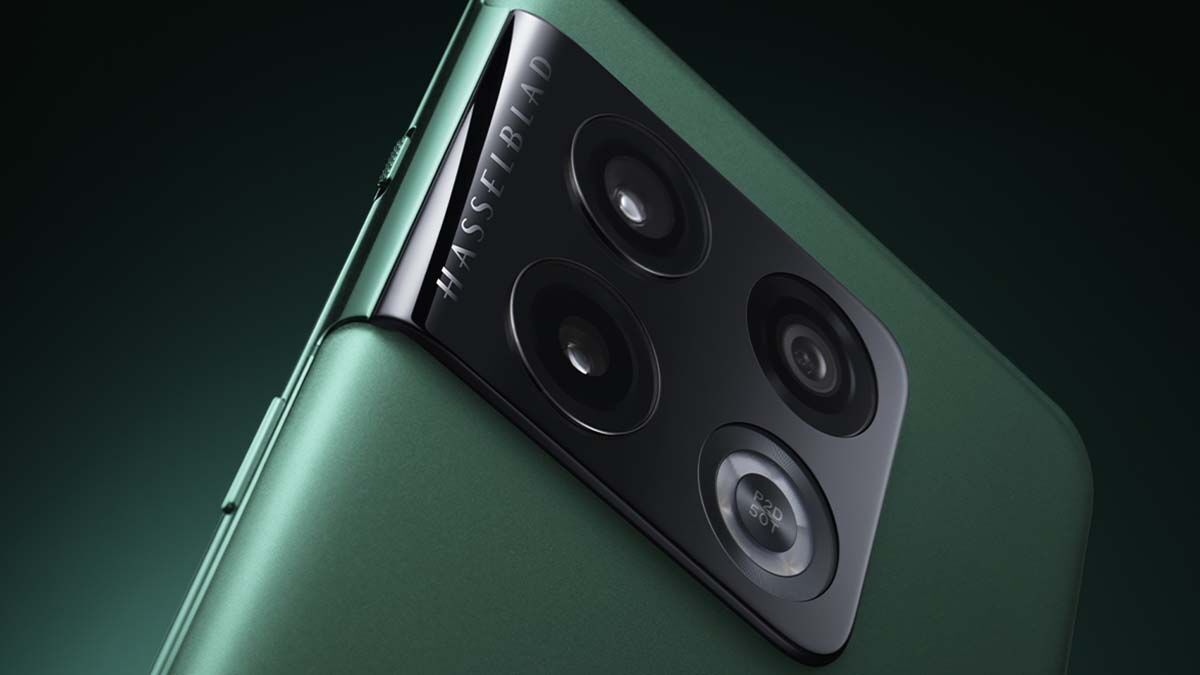 Then there’s that camera module. It features a triple camera array with a flash – more on that in a bit. It’s the design that’s more unusual, with the way it wraps around the frame calling to mind the
Samsung Galaxy S21 Ultra, though the module doesn’t quite extend all the way to the top of the phone. 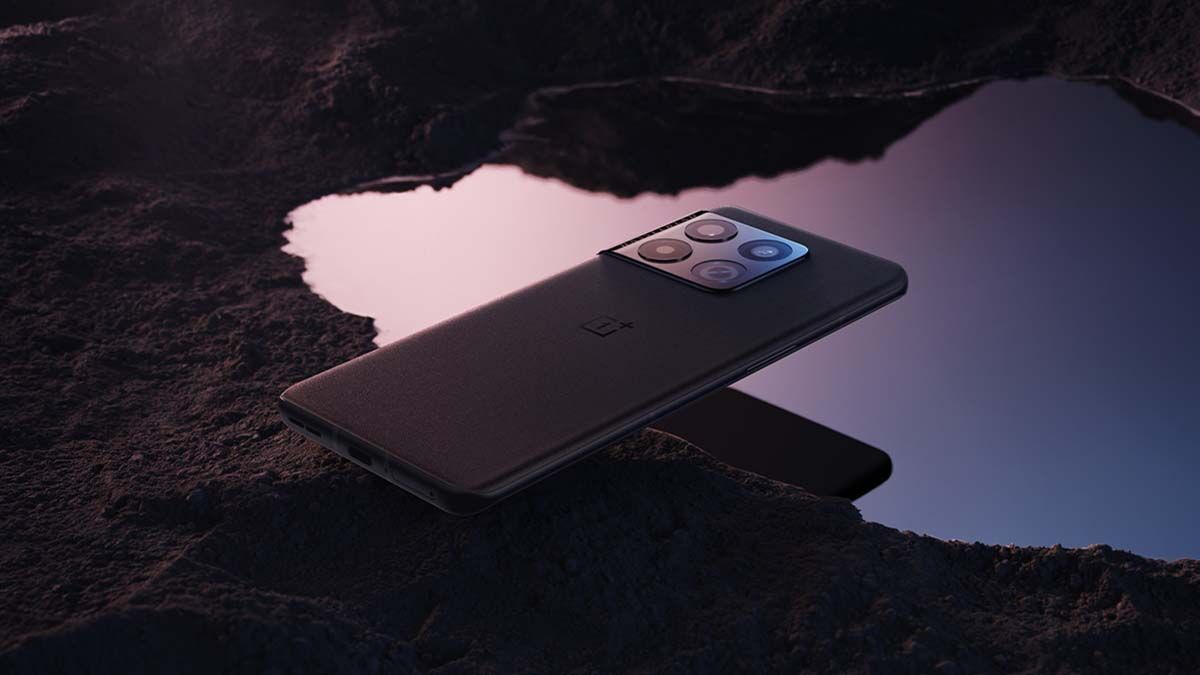 As mentioned above, the display is 6.7in across the diagonal, but we know more than that.

The phone sports a 120Hz AMOLED display, using LTPO 2.0 tech to provide a dynamic refresh rate between 1Hz and 120Hz. The 9 Pro had the first-gen version of the same tech, but OnePlus says the updated display switches refresh rate faster – making it even more power-efficient.

On the processor side of things, the OnePlus 10 Pro uses the
Snapdragon 8 Gen 1 – the latest Qualcomm flagship mobile chip, unveiled at the end of November 2021.

This is paired with 8GB or 12GB LPDDR5 RAM and 128GB or 256GB UFS 3.1 storage options – pretty standard for OnePlus. As mentioned above, the white Extreme Edition of the phone jumps up to 512GB of storage, but this isn’t available for the other colours.

Moving on, we’re getting a 5000mAh battery; a decent improvement from the 4500mAh cell in the 9 Pro.

As for charging, the phone supports 80W wired charging – the fastest yet from OnePlus – and 50W wireless, along with reverse wireless too.

That isn’t universal though. US customers are limited to slightly slower 65W charging, with the company explaining in a
forum post that “80W SuperVOOC does not currently support 110 or 120-volt AC power – the typical standard for power outlets in the region.”

Interestingly, these are branded SuperVOOC and AirVOOC, respectively. Those are the brand names for Oppo’s charging standards, as opposed to OnePlus’ own Warp Charge – yet another small shift as Oppo moves to incorporate OnePlus more closely into the parent brand.

As for camera, that large and unusual 10 Pro module packs in three rear shooters: a 48Mp primary sensor, a 50Mp ultra-wide lens and an 8Mp telephoto lens (though this isn’t a high zoom periscopic lens as we’ve seen on some rival flagships). As before, all three come with Hasselblad branding.

This is a similar set-up to the camera on the 9 Pro, but there have been tweaks. The biggest hardware change appears to be to the ultra-wide, which now supports a 150° field of view – which would have been a world-first if it hadn’t appeared on the
Realme GT 2 Pro just days prior. 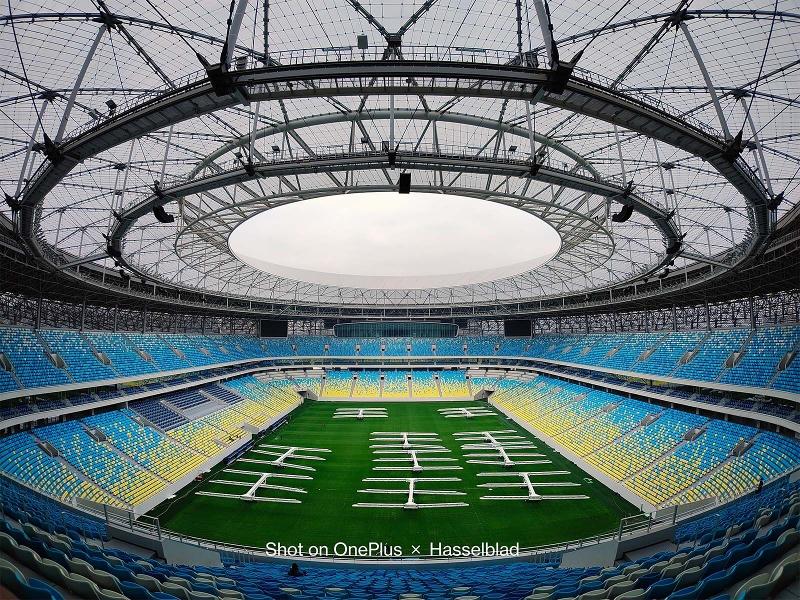 OnePlus supplied the above sample shot from the ultra-wide ahead of the phone’s launch, which is impressive but features pretty clear edge distortion and bending. The new lens is also capable of shooting more traditional 110° wide-angle shots if you prefer to minimise that (which is actually the default ultra-wide setting), or there’s a fisheye mode if you want to go all-in and accentuate those curved edges even further.

There are more camera upgrades besides. The new Hasselblad Pro mode is supported on all three rear lenses and can shoot 12-bit RAW+ images – a format that combines the versatility of RAW with some of the phone’s existing computational photography features. Even the regular camera modes are able to shoot in 10-bit now too – again, across all three rear lenses.

Finally, a new Movie Mode allows you to adjust ISO, shutter speed and more, both before and during video capture. You’re also able to record video in LOG format.

On the front, the 10 Pro has a 32Mp punch-hole camera – that at least is an upgrade, with double the resolution of the 9 series’ selfie shooters.

On the software side, the phone packs in OxygenOS 12.1 on top of Android 12, but not quite as we know it.

In a
blog post in September 2021 company founder Pete Lau confirmed that, after the merger with fellow manufacturer Oppo, the two brands were folding their OS divisions into a single team. This means that OxygenOS (OnePlus) and ColorOS (Oppo) are now running on a unified codebase.

The initial plan was to make the front-end user experience universal across OnePlus and Oppo phones too, but despite the Chinese 10 Pro running ColorOS 12.1, globally the phone has retained an OxygenOS-based user experience, in a decision to partially
walk back the unified OS approach, as detailed in a post by Lau issued in February 2022.

That’s not to say the experience doesn’t feature some Oppo-born ColourOS touches, like the HyperBoost Gaming engine, as well as a few other light tweaks here and there.

To see what this new OnePlus model has to compete with, be sure to read our guide to the
best smartphones. 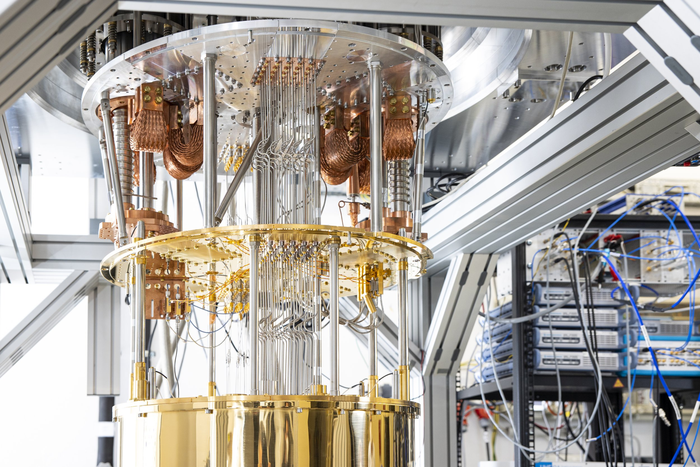 Technology News
QSolid – Paving the way for the first Germa 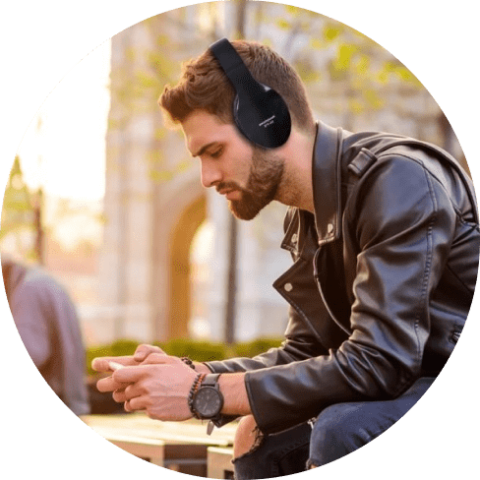 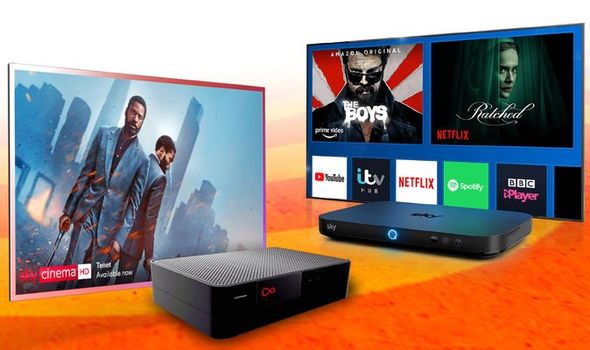