Tap play to listen to this article

What drives the day in London.

PLATINUM BLONDE: The long weekend is here and millions of Britons across the country will do their “patriotic duty” (© Keir Starmer) by celebrating the Queen’s Platinum anniversary in the sun. Aside from the unlikely interventions of 1922 committee chairman Graham Brady, the ongoing Tory management psychodrama will largely be put on hold until Monday, when sunburned and hangover MPs will decide whether to live up to the hype. In the meantime, Playbook will drive you through today’s festivities …

The Queen’s Birthday Parade: Starts at 11 am

Trooping the color… will then take place, with the participation of Boris Johnson and his wife Carrie. We are told that “the 1st Battalion, Irish Guards and more than 1,200 officers and soldiers from the Household Division will perform with military display at the Horse Guards Parade along with hundreds of Army musicians and about 240 horses.” A royal arms salute will be fired.

When it’s over: The royal family’s balcony appearance will take place, followed by a fly pass.

And then we are so lucky … to see the illumination of Community and Commonwealth lighthouses. “The main lighthouse involving The Tree of Trees (a 21m high ‘tree’ built of 350 smaller trees) will be lit at a special ceremony at Buckingham Palace at 9pm,” the Royal Press Office said.

Even more details: ITVs Chris Ship says Harry and Meghan will attend the cases at the Horse Guards Parade this morning. Andrew will not show his face (sorry Justin Welby).

In pictures: A new official portrait of the Queen has been released for the big occasion. It is here.

Birthday honors: A new group of gongs will be released this morning, with a particular focus on “sustained public service, environment and sustainability and youth engagement.”

Celeb names include: Companions of Honor – of which there are only 65 recipients at any one time – to author Salman Rushdie, for his services to literature; Quentin Blake, for illustration services; and Marina Warner, for her services to the humanities.

From politics: Prices for parliamentary and political service to Arlene Foster, former Prime Minister of Northern Ireland, who receives a female status; together with conservative former Minister of Culture Maria Møller and Labors Nia Griffith. Labor former chief secretary of the Treasury Stephen Timms being knighted. Tracey Crouch MP receives a CBE for his work with the Independent Fan Led Review of Football Governance. They are joined by Stuart Parker and Samantha Dixon, Conservatives and Labor councilors in Cheshire, who worked together to open Chester’s Storyhouse Theater. Tory MP Chris Skidmore and former MP David Harris are made OBEs. Euan Blair gets an MBE.

And, are: There is a K for one Jeremy WrightTory grandee, who just called on the Prime Minister to resign.

DOG DAYS NOT OVER: Boris Johnson’s cabinet ally gathers behind him this morning, with several ministers coming out with useful interventions aimed at strengthening the prime minister’s position ahead of next week’s apparent crisis.

Prit sticks: Ultra-loyalist Home Secretary Priti Patel gives an interview to Mail’s John Stevens, in which she tells the Tory conspiracies to “forget it” and accuses them of presiding over a “sideshow”.

Mogg backing: Brexit opportunity minister Jacob Rees-Mogg made a similar case to Talk TV’s Tom Newton Dunn: “He is a huge electoral activist. I think the idea that a change of leadership would help the Conservatives is for the birds. That would be the most divisive thing the party could do. It’s an unusually stupid thing to try to open up. dies to Sir Keir Starmer, provided he manages to survive. “

Nad’s News: Where would a pro-Johnson rally round be without Culture Minister Nadine Dorries? She told the BBC’s World at One: “Obviously, I think there is probably one or two people behind the scenes campaigning to try to remove the Prime Minister for individual reasons that have to do with personal ambitions or other reasons. The people who most want to get rid of Boris Johnson are Keir Starmer and the SNP, I just want to ask my colleagues to reflect on that, and we really want to do the work of the opposition – and we really believe that the public will vote party that they think is divided? ”

And a Johnson ally … says to Times’ Steve Swinford: “There is no alternative strategy, no alternative plan, no major ideological divide. MPs have been telling us for weeks that we need to focus on the cost of living. Would not it be the most self-indulgent, narcissistic and contemptuous things to decide that now is the time for another three months of conservative navel-gazing? ”

For what it’s worth: A senior government source insisted to Playbook last night that the best analysis of the whip numbers from the Johnson camp showed that the rebels were some way from reaching the threshold of 54 required to trigger a vote of confidence. They insisted they did not recognize the Westminster narrative that a vote next week was likely, arguing that they did not see an obvious path to 54 in the coming days. They described the chances of more than 180 Tory MPs voting against Johnson in a confidence vote next week as impossible. Come back next week to see if they were right.

Of course, many others disagree: Sky’s Tom Larkin now counts 44 Tory MPs who publicly question Johnson’s position. The last two are Caroline Dinenage, who ominously told voters she “was not ready to defend” the party leadership, adding: “Those at the top must take responsibility for the culture that is allowed to permeate.” And Red Wall novice Simon Fell also stuck his boot in: “People have to trust politicians … once trust is lost, the whole house of cards risks collapsing.” Unsubstantiated Trade Minister Penny Mordaunt emerges as a potential “unity” candidate, her allies tell ijet Arj Singh and Jane Merrick.

How would a vote go? Global Counsel’s Joe Armitage reckons Johnson would still win a vote of confidence by about 60 percent to 40 percent. “Most of the Tory MPs who supported him in the leadership continue to do so, as did the large cohort elected in 2019,” Armitage writes. His spreadsheet analysis is here.

And what about that summer cast? These plans have now been put on hold, reveals The Telegraph’s Ben Riley-Smith.

WAITROSE WOMAN SENESTE: Boris Johnson told an awkward Mumsnet interview yesterday that he wanted to reduce the cost of childcare by allowing more parents to sign up for a scheme that would allow them to pay for babysitters, football clubs and gymnastics classes. The Times’ Geri Scott has more.

Yikes: About 2 million people in the UK have long had COVID, a study has found. The Guardian has the details.

TRADE SCOOP: MPs from across the political divide are putting pressure on the British government over the secret penal regime for British companies that break arms export rules, writes my colleague Emilio Casalicchio. An exporter was fined a staggering £ 2.7 million in February – the largest sanction ever handed down – but the amount was part of a deal allowing the company to remain in the shadows. The export control regime stops companies sending military goods or certain products that can be used in combat abroad or for other violent purposes. Exporters must have a license to ship goods on the controlled lists. Some export destinations are also prohibited. On top of the £ 2.7 million sanction, seven tens of thousands of pounds fines were handed out in just three months to companies that broke the rules on exports of weapons or goods that could be used in warfare, according to the government’s latest figures. But no information is revealed about who sent or received the goods, how the rules were broken, or what was in the shipments.

(Click on the name of the publication to see its front page.)

Daily Mirror: For our Queen .. for our United Kingdom.

Financial Times: Dimon tells investors that the ‘hurricane’ is hitting the global economy.

Metro: Boris can be toast.

Daily Telegraph: ‘We look to the future with confidence and enthusiasm.’

The Guardian: Changes in ethical rules give rise to mistrust, warns PM.

The sun: You do not just love IS.

PLAYBOOK COULD NOT HAPPEN WITHOUT: My editor Zoya Sheftalovichreporter Andrew McDonald and manufacturer Grace Stranger. 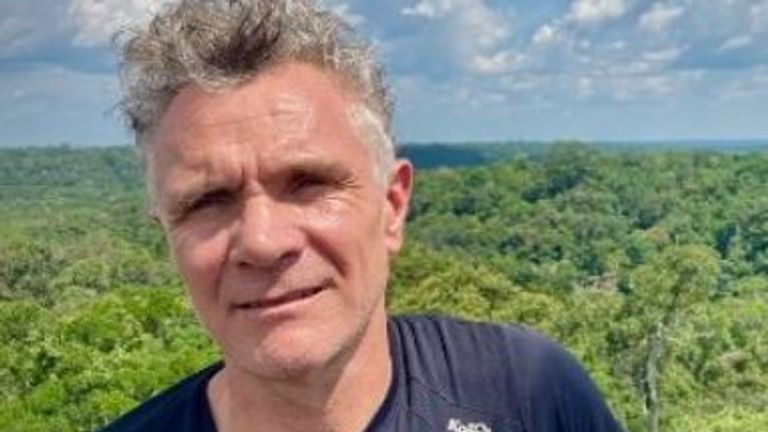 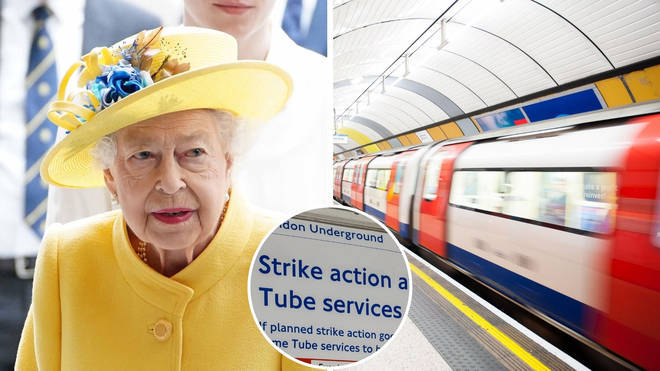