The Prince of Wales has met US President Joe Biden in Boston, where he expressed thanks for the “warm reception” he and his wife have received in the US.

He also updated the President on his Earthshot Prize, ahead of the second annual ceremony that was due to take place at the MGM Music Hall.

“Where’s your top coat?” Biden asked the Prince in recognition of the icy temperatures.

The meeting was arranged after a fortuitous last-minute diary change for Biden meant he was in Boston for a political fundraiser.

It was their fourth meeting in just 18 months, coming after the G7 summit in Cornwall, Cop26 in Glasgow and Queen Elizabeth II’s funeral.

US-based aides said Biden was “hugely supportive” of the Royal family and was personally very keen to meet the Prince, not least because the inspiration behind Earthshot chimes with his own views about the urgency of climate action.

“It was a warm, friendly and substantive discussion,” he said.

“The President was keen to learn about the Prince’s Earthshot Prize and some of the stories from the finalists, including the Great Bubble Barrier, a 2022 finalist in the Revive Our Oceans category.

“The Prince also shared his global, long-term ambition for the prize.

“The Prince thanked [President Biden] for travelling to London for the late Queen’s funeral in September. They both shared warm memories of Her Majesty.”

At the second annual Earthshot Prize ceremony, celebrities including David Beckham, Billie Eilish and Annie Lennox were due to walk the tree-lined green carpet before the Prince hails five new winners.

In keeping with the environmental message, all guests were asked to reuse or recycle their outfits, while flowers were grown within 100 miles of the venue, MGM Music Hall, and the food was plant-based.

The ceremony will mark the culmination of a three-day visit to the city, during which the Prince and Princess gamely ploughed on with community-focused engagements while being battered from all sides with a Royal race row back home and the release of a dramatic Netflix trailer from Harry and Meghan.

Earlier, the Princess took her early-years message to Harvard University. Armed with a black notepad full of handwritten ideas and questions, she spent half an hour with experts from The Center on the Developing Child before greeting well-wishers outside.

The Princess, wearing a houndstooth dress by Emilia Wickstead, told the experts it will “be the first of many” visits. She said she had a lot to learn and wished to stay for longer, or even take a Harvard course.

“Apparently they say it’s never too late, there is always time,” she said. Little Jack was picked up by his new family on Halloween, all ready to settle into his new life in{...} 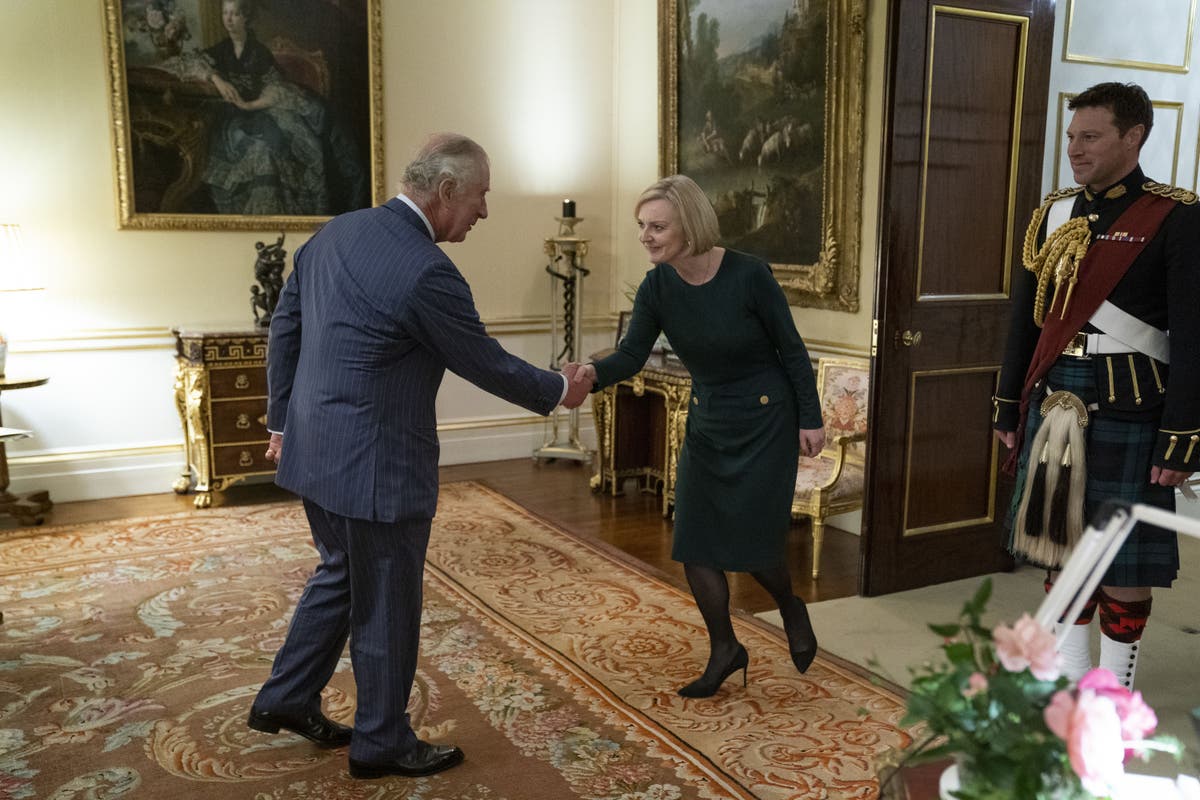 The King has held an audience with the Prime Minister at Buckingham Palace. Charles met Liz Truss on Wednesday evening,{...}

The UK government is to set up an independent expert panel to investigate the cause of the mass die-offs of{...}