Amid a series of expansionary moves, Chicago-based brokerage @properties announced Monday that it is expanding franchise operations into Washington, DC

The move will see Washington’s Real Living At Home (RLAH) Real Estate become an @properties franchise operating under the rebranded name “RLAH @properties.” Founded in 2012, RLAH currently operates six offices and includes approximately 370 agents. A statement from the companies describes RLAH as one of the top 40 fastest growing brokerages in the US, adding that it did $ 1.98 billion in sales last year. 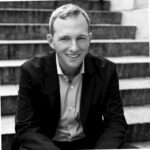 In a conversation with Inman, RLAH founder and CEO Jason Sherman said he was drawn to @properties thanks to the company’s technology, which he described as significantly more advanced than competing options.

“When we saw what they offered, I think it would take years to catch up,” Sherman said. “So it was better to join them.”

Sherman also said discussions about joining @properties got started in earnest last year after he visited the Chicago company’s offices. Sherman praised @properties company culture, describing it as a tight-knit community of people who love the firm.

“It’s one thing to talk to someone and have them tell you what they’re all about,” he added, “but it’s a whole other experience to meet them up close.” 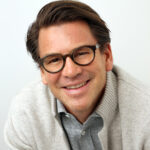 Thad Wong, @properties co-founder and co-CEO, praised Sherman as a rare and capable leader. Wong added that he is excited to partner with someone who has a similar vision for the industry.

“It’s very rare that you find such an enthusiastic high-energy entrepreneur,” Wong told Inman. “He is a young, forward-thinking, aggressive and fabulous leader who has built a great culture.”

Wong went on to say that teaming up with RLAH fits in well with @properties overarching thesis when it comes to franchising, which is to power the best independent brokerages in the country.

Long a major player in the midwest brokerage world, @properties first announced the launch of a franchise brand in the fall of 2020. Since then, the company has struck up franchising partnerships with brokerages in Michigan, Wisconsin, Texas and Indiana. The new relationship with RLAH – which also operates across DC-adjacent areas such as Maryland and Virginia – will be @properties first franchising foray onto the East Coast.

In addition to growing its franchise business, @properties also announced last fall that it was acquiring Christie’s International Real Estate. It rebranded to officially incorporate the Christie’s name in January.

Speaking with Inman, Sherman ultimately concluded that he is excited to embark on a partnership with @properties, and hopes to grow his company even further.

“We’re very much in growth mode,” he said, “and looking to take advantage of this new relationship.”