Police shot and killed a suspect Monday morning after he entered an athletic complex where summer camp was taking place in Duncanville, Texas, allegedly armed with a handgun, authorities said.

No children were harmed after camp staffers ushered them to safety when the man entered the building.

Police exchanged gunfire with the suspect at the Duncanville Fieldhouse within minutes of arriving at the scene, Duncanville Mayor Barry Gordon said, according to ABC Dallas affiliate WFAA.

“Our officers did not hesitate,” Gordon said. “They did what they were trained to do and saved lives.”

The summer camp for 4- to 14-year-olds has an average attendance of more than 250 campers and staff, the Duncanville Police Department said in a statement.

A camp counselor confronted the suspected gunman in the lobby of the indoor sports and fitness center.

Upon hearing the gunshots in the lobby, staff members moved the kids to a safe area and locked the doors, preventing the suspected gunman from getting inside, Duncanville Assistant Police Chief Matthew Stogner said.

“[He] did fire one round inside the classroom where there were children inside,” Stogner said. “Fortunately, no one was injured.”

Police arrived on the scene at 8:45 a.m. — two minutes after receiving calls — and began a search, locating the suspect “quickly” and exchanging gunfire, authorities said. The suspect, who has not been identified, was taken to a local hospital, where he was pronounced dead.

The camp and Fieldhouse followed lockdown procedures, police said, adding: “Due to the clear-headed actions of staff and the quick response time of law enforcement, there were no additional injuries.”

Stogner praised the police officers for quickly dealing with the situation and utilizing their active shooter training.

The incident comes weeks after 19 kids and two teachers were killed in a school shooting in Uvalde, Texas.

Uvalde law enforcement has been heavily criticized for their handling of the May 24 shooting, which included waiting for more than an hour to confront the suspected gunman while students were inside. 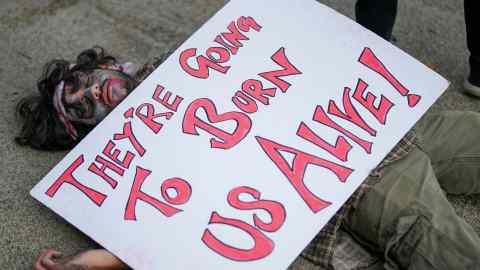