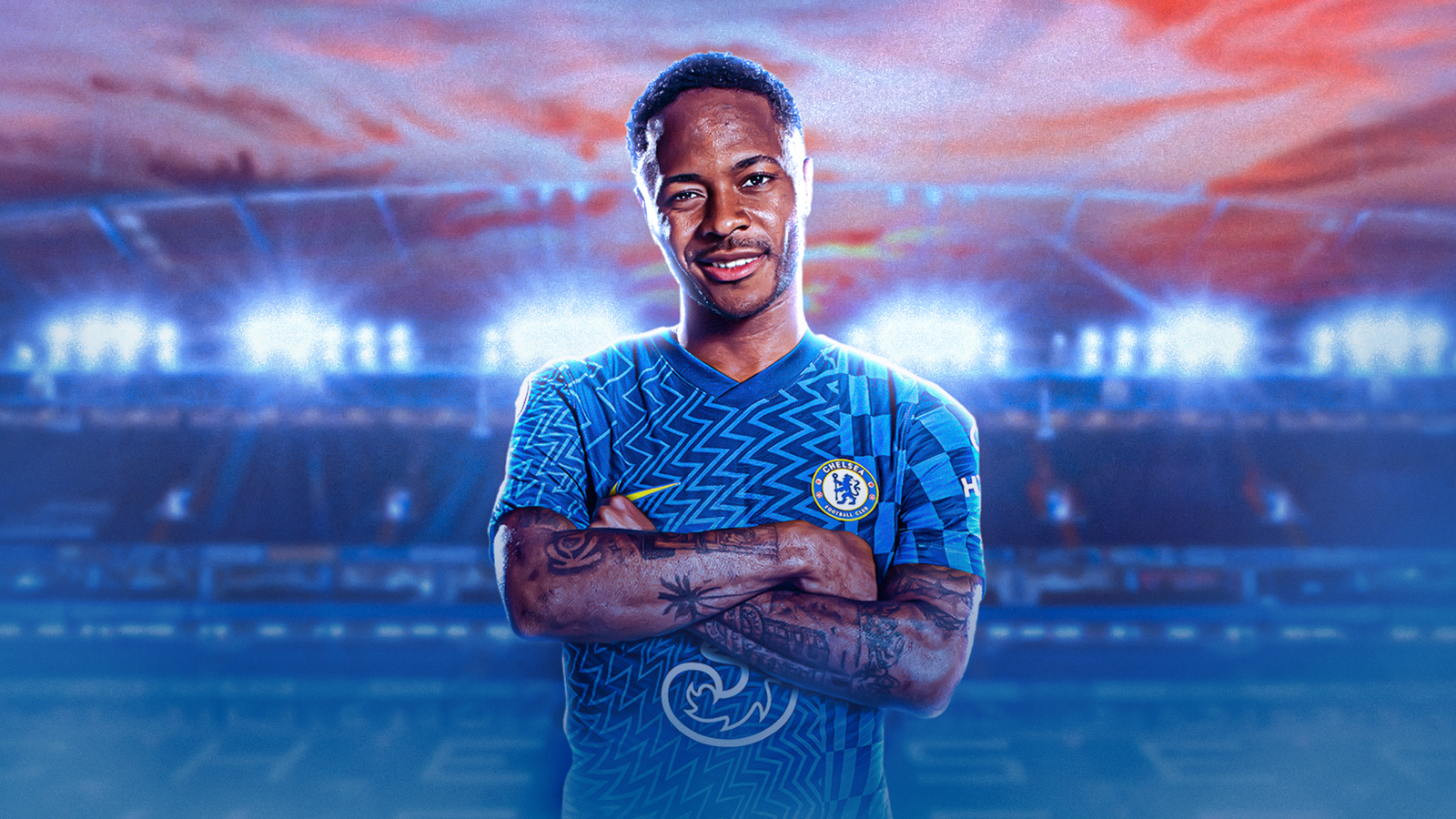 Raheem Sterling has completed his move to Chelsea from Manchester City in a deal worth £47.5m and Thomas Tuchel said he was “super happy” to land the forward.

The 27-year-old has signed a five-year contract at Stamford Bridge with the option of a further 12 months and has linked up with Thomas Tuchel’s squad on their pre-season tour of the United States.

Sterling becomes the first men’s signing of the Todd Boehly era at Chelsea and could soon be joined by Napoli defender Kalidou Koulibaly, who has agreed a four-year deal and will undergo a medical on Thursday ahead of a potential £32m move.

“First and foremost, it’s a pleasure to be here,” said Sterling. “I’ve obviously achieved a lot in my career so far, but there is still so much more to achieve and I’m really looking forward to doing that in a Chelsea shirt, under Thomas’ management.

“London is my home and where it all started for me, and it’s amazing I now have the opportunity to play in front of friends and family week in, week out at Stamford Bridge. I’m really looking forward to meeting the fans there soon.

“I can’t wait to get going now and continue to do my talking on the pitch.”

Speaking exclusively to Sky Sports News, Chelsea boss Tuchel said Sterling was the club’s number one transfer target this summer and described it as a “perfect fit”.

“It was the number one priority and we are very excited and super happy that we could make it happen,” said Tuchel.

“He’s a big improvement to our squad and is exactly what we were looking for in terms of age, experience, and style of play.

“Once the players arrive these days in a situation where they only have one year [left on their] contract, there’s always room for negotiation and possibility. We went for it. We could convince him very quickly. He was convinced, he did everything that was needed to do, we gave our best to make it happen. It’s a perfect fit.

“He gives us a lot of flexibility, mobility and attacking options at the front.”

New Chelsea co-owner and chairman Todd Boehly said: “Raheem Sterling is a serial winner and his signing is an important step in strengthening our squad. We are delighted for Raheem to return to London with Chelsea, and we look forward to seeing his world-class talent on display at Stamford Bridge.” 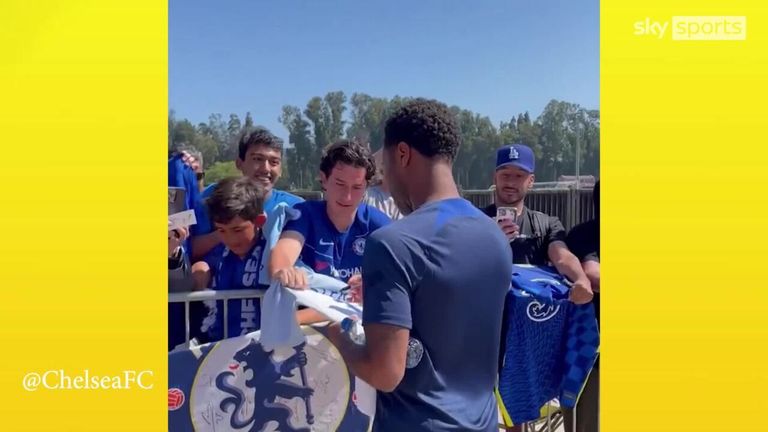 Sterling earlier waved goodbye to Manchester City in a heartfelt social media message on Wednesday, with the England winger describing his “honour to wear the shirt of Manchester City”.

“To the coaching staff who have played a massive role in my development over the years, to my team-mates who have become more than just those I share a pitch with, to the backroom staff, to the office staff, to the fans who have tirelessly supported the team, and to everyone involved with Manchester City, my respect for you couldn’t be greater.

“What a ride it’s been. I am thankful for the ups and downs, as it’s the downs that have, at times, tested my strength and resolve, and enabled me to stand here in front of you as the best possible version of myself.

The England international headed a shortlist of Tuchel’s attacking targets and had entered the final year of his contract with City, who are grateful for his service and will not obstruct his desire for greater minutes and status elsewhere.

Pep Guardiola has repeatedly stated “I don’t like to keep players that are unhappy” and was open to allowing Sterling’s exit this summer, even to a Premier League rival, on condition an acceptable bid in the region of £50m was tabled. 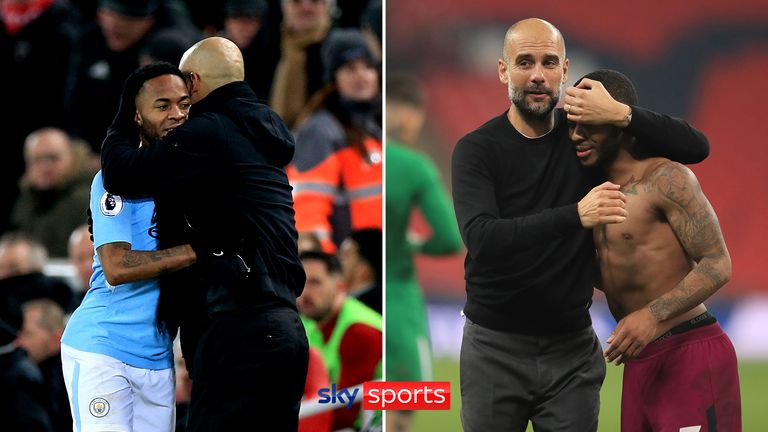 Tuchel was desperate to add a decisive edge in the final third to cure Chelsea’s goalscoring issues and new Blues owner Todd Boehly had been in touch with City to discuss figures and the structure of a deal.

Sterling offers Tuchel a guaranteed threat – he has directly contributed a combined 165 goals in the division in 320 appearances for Liverpool and City – as well as tactical flexibility and experience.

The 27-year-old believes he is in the decisive phase of his career and wants to make a significant contribution on and off the pitch.

The fact that City can sell two attackers to members of the ‘Big Six’ – Gabriel Jesus to Arsenal for £45m and Sterling to Stamford Bridge – without trepidation is a sign of their solid recruitment and the gap that exists between the clubs.

Intra-league transfers at the top end of the table are set to become more common as European teams struggle to financially compete with their English counterparts.

Chelsea midfielder Mason Mount has been speaking to Sky Sports about the influence his new club team-mate and England colleague Sterling will have on the Blues squad.

“I’ve been lucky to play with him over the last couple of years with England where he’s captained the team at times. He’s someone who has been there for a very long time.

“He’s a top player and I’ve learnt a lot off him over the last couple of years so for him to be joining us, he’s only going to bring our levels higher.

“He’s definitely someone who strives for high levels to win and that’s what we want. We want those players around this group, very excited for him to be here.

“We’ve lost a few that are leaders and he’s coming in and will be someone that will lead, a big presence in the group, a big personality. Hopefully we can win some things together.”

Sterling wants greater minutes but also responsibility in this defining period of his career, and Chelsea need a marquee signing to mark the start of a new era.

The move not only benefits Chelsea. Sterling will improve on his understanding with England team-mates James and Mount, two players he can consult for a gauge on how Tuchel operates. Chelsea are also one of very few clubs who can afford his wages.

Tuchel is no doubt attracted by Sterling’s versatility across the forward line – he is capable of playing on either flank or through the middle as a false nine – a tactic the German has preferred over the conventional target man.

How will Chelsea line up this season?

The arrival of Todd Boehly’s consortium as the club’s new owners – and with it the promise of large investment on and off the field – have ensured Chelsea supporters entered this summer riding a wave of optimism.

Even the departure of club record signing Romelu Lukaku on loan to former side Inter Milan – a move that served as an acknowledgment by both the striker and Chelsea that the transfer was a failure – couldn’t dampen the enthusiasm.

Allowing Lukaku to return to Italy was a move that made sense and, while the arrival Sterling hasn’t been met with universal approval from the fanbase, signing someone of his pedigree from a direct rival is a clear sign of Boehly’s ambition.

The signing of Sterling also serves as a message to Chelsea’s current crop of forwards that their performances to date have not been up to scratch.

Unsurprisingly, a number of them are rumoured to be available to other clubs as part of what promises to be a busy summer in west London. Hakim Ziyech is a target for AC Milan, Timo Werner and Christian Pulisic have been linked with moves away, and Armando Broja – whose status at Chelsea is uncertain after spending last season on loan at Southampton – is of interest to several Premier League sides.

The clear targeting of wingers by Thomas Tuchel in this transfer window also raises the prospect of the head coach pondering a move away from his preferred 3-4-3 formation. But with a lack of strikers – not to mention centre-backs – how will Chelsea line up next season? How will Sterling fit in? And will Tuchel enter the season with Kai Havertz as his No 9, or push Boehly to make a stunning move for Cristiano Ronaldo?

Why is Sterling still underrated?

It is rare for a player to move between two top Premier League clubs at his peak – and rarer still that such a switch would be met with such ambivalence. Why is Raheem Sterling’s proposed transfer from Manchester City to Chelsea seen this way?

City supporters seem relaxed about his future. That is surprising given that Sterling has scored, on average, 22 goals for the club across the past five seasons. Only Lionel Messi and Sergio Aguero – just four ahead – have scored more goals under Pep Guardiola.

But Chelsea fans are not greeting the reports with glee either. Sterling is 27 and has demonstrated that he can thrive in any position across the front three. What does it tell us about how the player is perceived that it is not being heralded as a major coup?

Sterling ranks fifth for Premier League goal involvements since he made his debut for Liverpool as a 17-year-old in 2012, with his tally of 165 (109 goals and 56 assists) behind only Harry Kane, Sergio Aguero, Jamie Vardy and Mohamed Salah.

That tally is all the more impressive when factoring how the England international failed to hit double-digits for goals in a season until 2017/18, when his 17 goals represented a 157-per-cent leap from the previous campaign.

He proceeded to maintain double figures for league goals in three successive seasons, culminating with his career-best return of 20 in 2019/20.

However, the graphic below shows his numbers have been in decline since 2020/21. Diminishing game time has certainly played its part, with only marginal dips in his per-90 returns.

As the graphic below shows, Sterling clocked only 62 per cent of available game time in the Premier League last term, which was his lowest ratio since his first season at the Etihad.

However, City have progressively deepened their squad in recent years, with all players increasingly rotated to manage fixture schedules across multiple competitions – which is the primary cause for his dwindling minutes.

Frequently deployed in a false-nine role, in addition to his efficiency as an inverted winger, Sterling has increasingly scored goals from short cut-backs in and around the six-yard box during his seven-year spell at City.

The graphic below plots all of Sterling’s shots in the Premier League last term and highlights his knack of tapping in goals from central areas merely yards from the goal-line, which also illustrates his deft movement to carve such opportunities.

The 27-year-old has frequently been accused of spurning clear-cut chances. Indeed, the chart below reveals he has underperformed his expected-goal returns per 90 minutes in six out of 10 seasons since 2012/13 – but the disparity margins are slim, while the actual figures are nothing short of impressive.

Pep Guardiola deployed Sterling on both wings last term, while utilising him in almost equal measure up top and Chelsea manager Thomas Tuchel is likely to pursue a similar plan for the England forward.

The German reaped far greater success with a focus on mobility and short interchanges across his firing line last season after Kai Havertz proved a more fruitful option in this role over traditional striker Romelu Lukaku.

Who will be on the move this summer before the transfer window closes at 11pm on September 1?

The school summer holidays are here and every parent wants their child to have the best time. However, the cost-of-living{...} 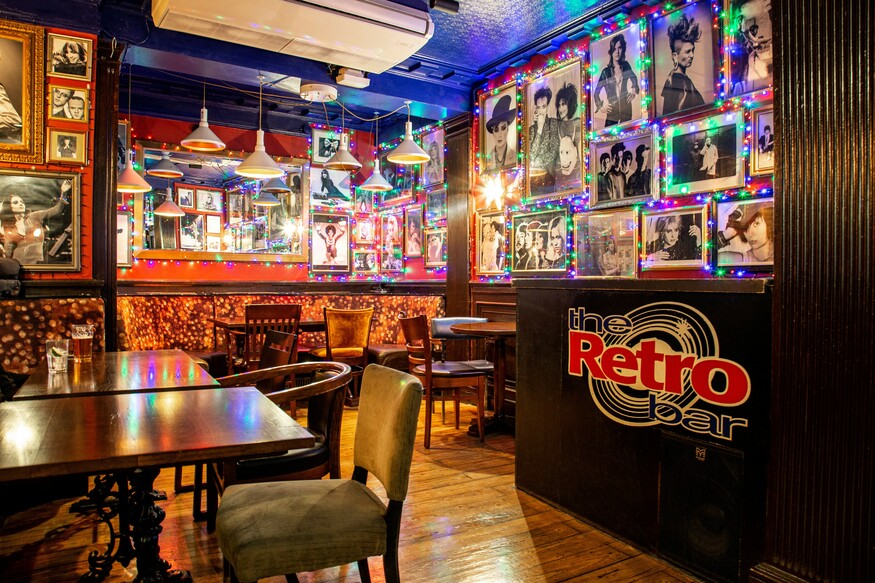 Looking for a drink in a queer-friendly pub or bar? London’s chocka them — but here we’ve winkled out 10{...} 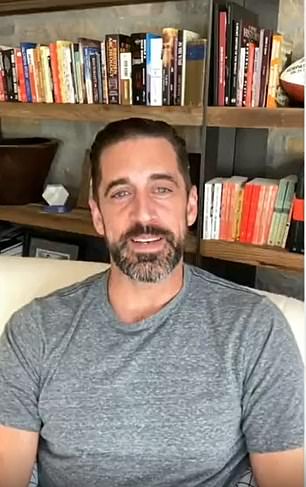 Aaron Rodgers insists he ‘had a blast’ in London despite 27-22 loss to the Giants, as the quarterback reveals he{...}