Three and a half weeks ago, the Netflix streaming service shared a pair of teasers for their upcoming live-action Resident Evil series, which is scheduled to premiere on July 14th. Now an action-packed full trailer has been released online, and you can check it out in the embed above!

This Resident Evil series will show events playing out in two different timelines:

In the first timeline, fourteen-year-old sisters Jade and Billie Wesker are moved to New Raccoon City. A manufactured, corporate town, forced on them right as adolescence is in full swing. But the more time they spend there, the more they come to realize that the town is more than it seems and their father may be concealing dark secrets. Secrets that could destroy the world.

Cut to the second timeline, well over a decade into the future: there are less than fifteen million people left on Earth. And more than six billion monsters — people and animals infected with the T-virus. Jade, now thirty, struggles to survive in this New World, while the secrets from her past – about her sister, her father and herself – continue to haunt her.

Showrunner Andrew Dabb told Entertainment Weekly this take on Resident Evil is meant to feel like they “took all the games and shuffled them together.” Rather than make a direct adaptation of any of the games, he and the writing team “treated the events and mythology of all the games as if they were the backstory for their show to launch a brand new story for the franchise.” This means that the events of the show take place after many of the video games.

Dabb has even seemed to suggest that the series will give some kind of explanation for how Wesker is alive in present day, when the Resident Evil 5 game showed him being killed in 2009.

What did you think of the new trailer for the Resident Evil series? Will you be watching this show? Let us know by leaving a comment below. 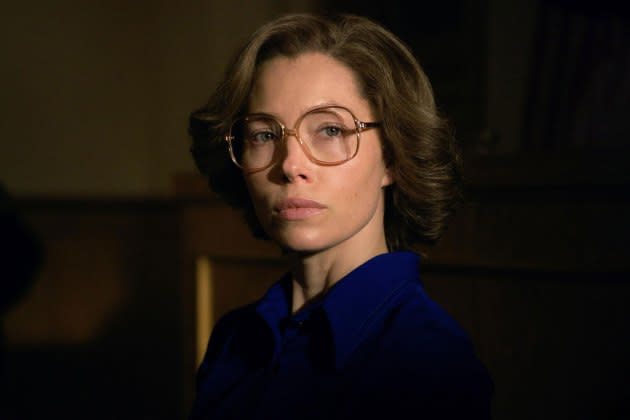