Well, this certainly seems like a conflict of interest!

Plenty of fans and colleagues have taken Kim Cattrall‘s side in the highly publicized feud with Sarah Jessica Parker. But not ones who were actively working on projects with the latter!

In case you missed it, SJP spoke out on a podcast telling her side of the longtime beef. to hear her tell it, Kim has been painting herself with a rather more self-righteous hue. She’s said she had declined doing a third Sex and the City movie all along — SJP says she only backed out after making unreasonable demands from Warner Bros, who didn’t want to indulge her. The Family Stone star tried to say she wasn’t participating in the “very painful” fight, but MAN did she get some digs in, portraying Kim as a diva who was being unreasonable and cantankerous out of nowhere. Read between the lines with us if you will HERE.

It was just a single day after that interview when Kathy Najimy took to Twitter to post a message of love to her good friend… Kim. She wrote:

“Authentic” eh? Hmm. She then wrote, presumably posting again since she got the Kim Twitter handle wrong the first time:

“@KimCattrall Sending you alll the love and support in the WORLD today!! one of the best, most authentic humans in the ‘business’ and maybe the world! dinner soooon my love!”

@KimCattrall Sending you alll the love and support in the WORLD today!! one of the best, most authentic humans in the ‘business’ and maybe the world! dinner soooon my love!

“Most authentic” in the business?

Look, it’s seemingly a very sweet and innocuous message. But the timing cannot be ignored. She’s clearly taking sides here — even implying that she’s more “authentic” than SJP! Think we’re reading too far into it? Well, in that first post, she used the words brilliant, talented, beautiful, and hilarious as well. But when she had to redo the only one she thought for sure had to be said again was “authentic.” Think that’s an accident?

This is especially savage considering Kathy just wrapped filming with Sarah a couple months back! The pair reunited, along with Bette Midler, for the long-awaited sequel to all-time Halloween classic Hocus Pocus. Did getting close to her Sanderson Sisters again remind Kathy how inauthentic SJP was these days? Damn, what a juicy post for something so kind-sounding. Not only that, in between the two posts sending love to Kim, gurl actually RETWEETED A DISNEY+ AD for Hocus Pocus 2!

This is some real master craft here, and we are eating it up!

Something tells us we won’t be seeing Kathy and SJP in the same room when it comes time to do those Hocus Pocus 2 press junkets! Somebody form a calming circle already! 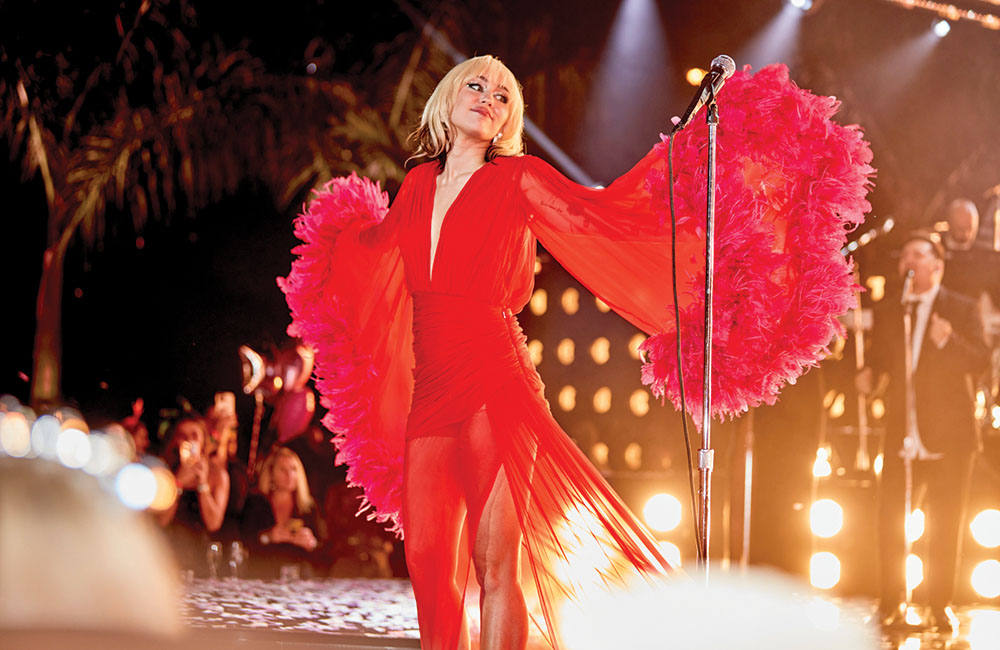