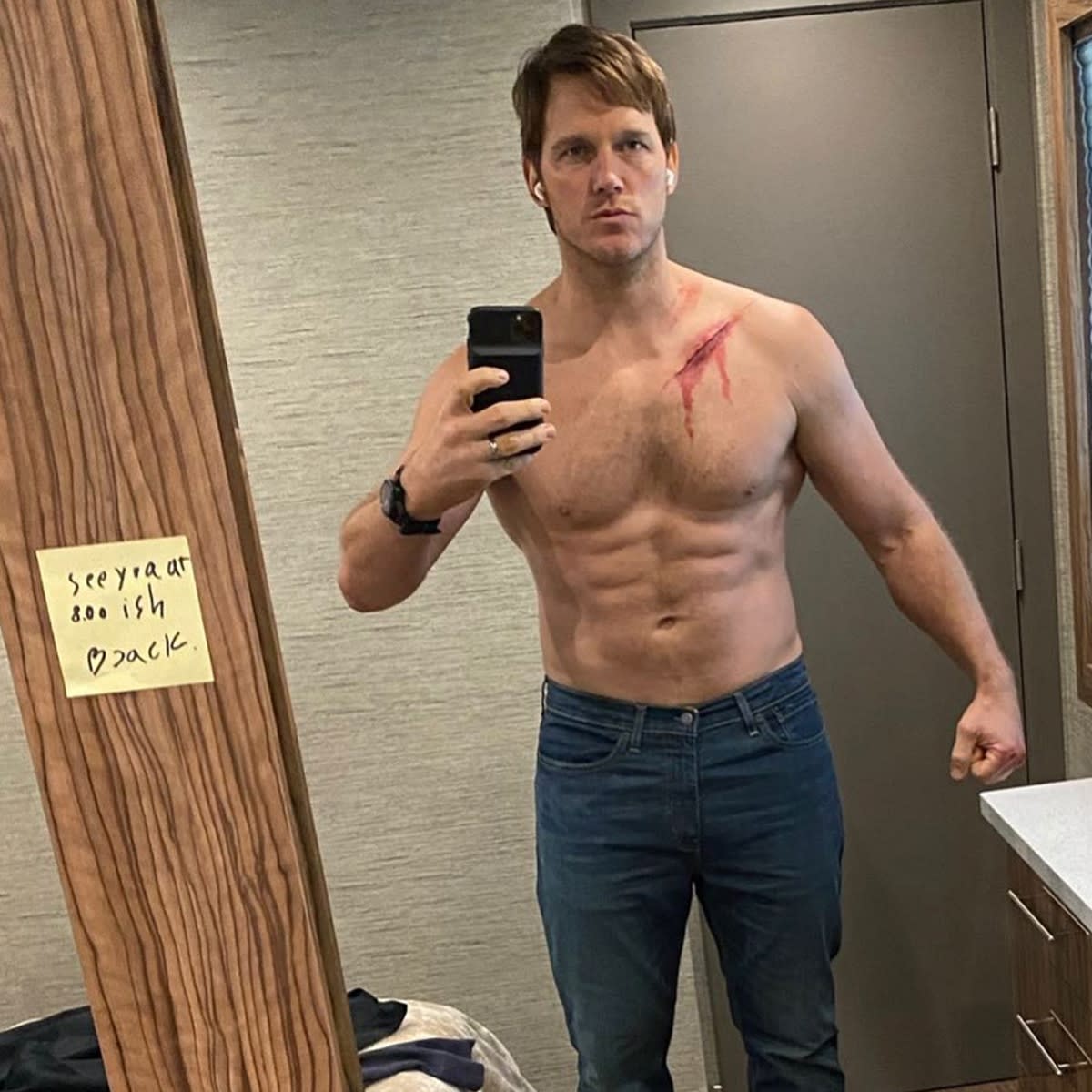 Chris Pratt keeps his kids close on set—even when things get a little gory.

The actor shared a behind-the-scenes look at the filming of Prime Video’s The Terminal List, posting a selfie on July 18 showing off his abs and fake bloody gash on his collarbone. Chris captioned the pic, “Lookin cut.”

But eagle eyed fans noticed a little Easter egg in the mirror selfie, which appeared to be snapped in the bedroom of his on-set trailer.

Chris kept a yellow Post-it note stuck to a wooden beam in the room, which read, “See ya at 8:00 ish.” The note was signed with a heart symbol from Jack, the 9-year-old son he shares with ex-wife Anna Faris.

Even his family noticed the adorable tribute from his eldest child. Patrick Schwarzenegger, whose sister Katherine is married to Chris, laughed at the sticky from beloved “jackkkooo.” The account for Maria Shriver‘s Sunday Paper wrote, “The note from Jack [heart emoji].”

Chris and Anna finalized their divorce in 2018, and she went on to marry cinematographer Michael Barrett.

Meanwhile, Chris and Katherine tied the knot in 2019 and have since welcomed daughter Lyla, 23 months, and daughter Eloise, nearly 2 months.

“We are so excited to announce the birth of our second daughter,” the couple shared back in May. “Mama and baby are doing well. We feel beyond blessed and grateful.”

The following month, Chris gushed about Katherine’s “amazing maternal instincts” while walking the red carpet at the premiere of Jurassic World Dominion in Los Angeles. As he told Live From E!, “She just really knows what to do. I’ll follow her lead.”

The 43-year-old also gave a glimpse into his life as a dad of three—revealing he’s seen big changes to his diet in particular.

“Lately I’ve been eating a lot of pizza and everything off my kids’ plates,” he said. “I cook them lunch and they only eat half and I think ‘Well, calories don’t count if it was on their plate.’ It’s a lot of chicken nuggets and fries and tater tots.”

You’d never know from the looks of those abs. 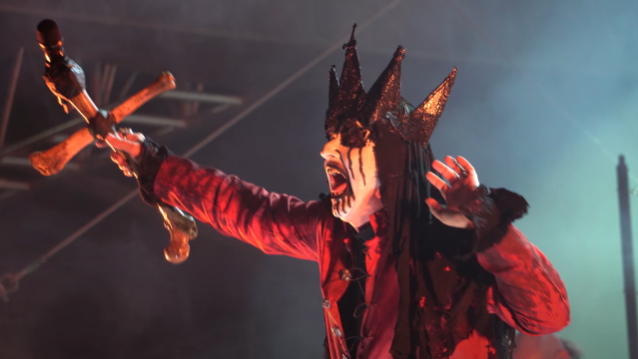 Heavy metal icons MERCYFUL FATE have announced their first North American headlining tour in over two decades. The journey, which{...} 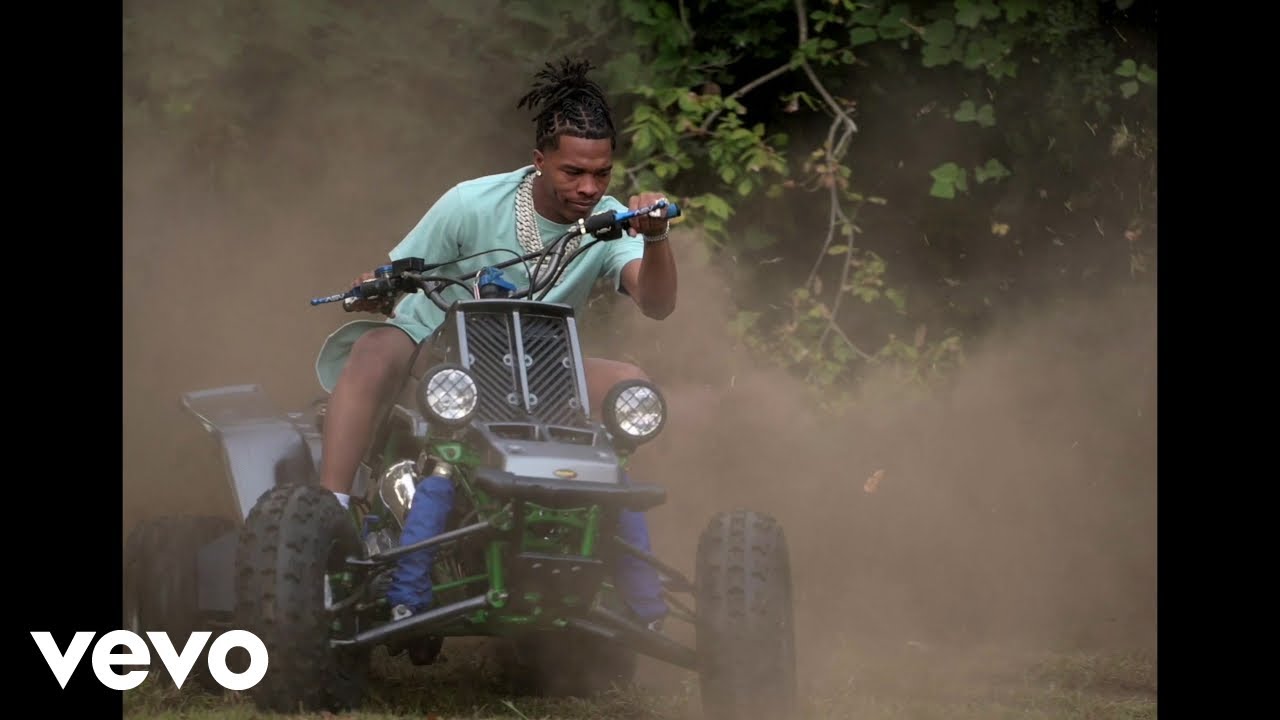 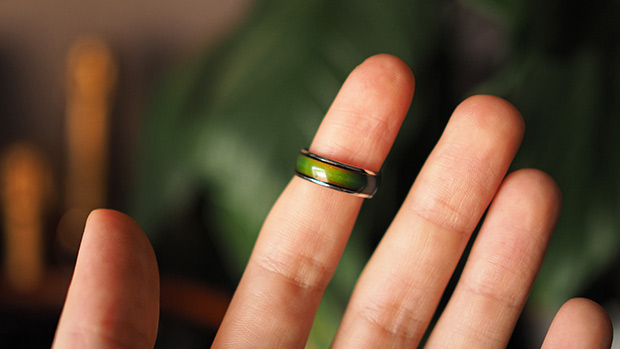 Image Credit: raulince/Adobe If you purchase an independently reviewed product or service through a link on our website, we may{...}