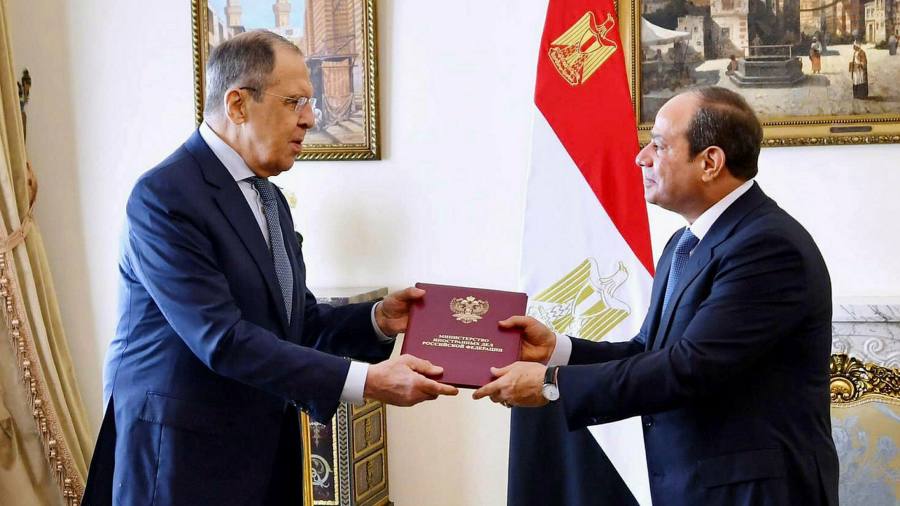 Russia’s foreign minister Sergei Lavrov on Sunday met Egyptian president Abdel Fattah al-Sisi as part of a tour of several African nations in an effort to counter western claims that Moscow’s invasion of Ukraine has led to a global food crisis.

Lavrov’s meeting with the Egyptian leader as well as with foreign minister Sameh Shoukry showed that Russia had not been isolated from the world over its invasion of Ukraine, the Russian foreign ministry said.

Egypt, the world’s biggest grain importer, relies on Russian and Ukraine for most of its grain imports. It also has longstanding economic ties to Moscow via weapons and tourism. Lavrov is also due to visit Ethiopia, Uganda and the Republic of the Congo this week.

Russia on Sunday claimed responsibility for missile strikes hitting the Ukrainian port of Odesa hours after Moscow signed a deal brokered by the UN and Turkey to allow Kyiv to resume grain exports from its Black Sea ports.

Two cruise missiles hit Odesa on Saturday and two others were shot down by Ukrainian air defences, according to Serhiy Bratchuk, a spokesman for Ukraine’s southern military command.

African nations have largely avoided taking sides since Russia decided a full-scale invasion of Ukraine. But Moscow’s blockade of the Black Sea has hit Ukraine’s grain exports, pushing up food prices and leaving countries in the Middle East and Africa struggling to secure wheat.

“Speculations by western and Ukrainian propaganda that Russia is allegedly ‘exporting hunger’ are absolutely groundless,” Lavrov wrote in a letter published in the newspapers of the African countries he is visiting. 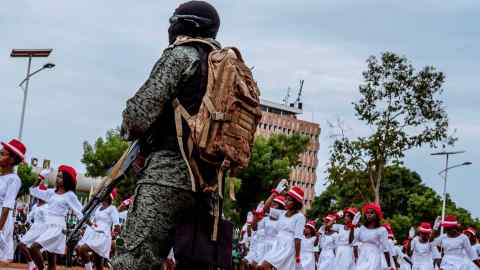 Moscow has also sought to counter western accusations that it acted as a colonial power by bombing and occupying large swaths of Ukraine. Russia is “not stained with the bloody crimes of colonialism” and “does not impose anything on others, or teach them how to live”, Lavrov wrote.

He also praised “the balanced position of Africans on what is happening in and around Ukraine”.

Russia has cultivated ties in the region through commodities, weapons and energy deals, as well as by deploying Russian mercenaries linked to the Kremlin to support local political leaders or movements in some areas and foment discord in others.

In a statement after meetings in Cairo, Lavrov said Russia’s grain export commitments to clients would be fulfilled. He also said the deal over grain exports was a “package” of measures related to both Russian and Ukrainian grain.

“Issues concerning Ukrainian grain will be resolved through the establishment of a coordination center in Istanbul, it will be guaranteed that the Ukrainians will clear their territorial waters and allow ships to leave there, and during their passage on the open sea, Russia and Turkey with their naval forces will ensure their safety,” Lavrov said.

Russia will hold a second Russia-Africa summit after a first meeting that brought many of the continent’s leaders to the southern Russian city of Sochi in 2019, Lavrov said. “Strategic ambiguity” – the policy that has underpinned the West’s defence of Taiwan for half a century or more –{...} 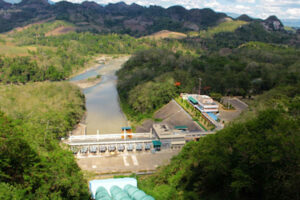 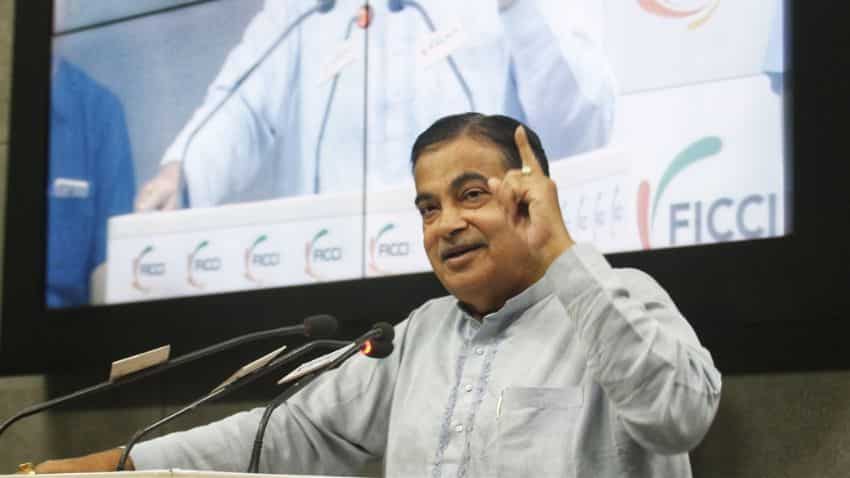 With India being energy deficient, there is a need for the country to diversify agriculture into energy and power sectors,{...}