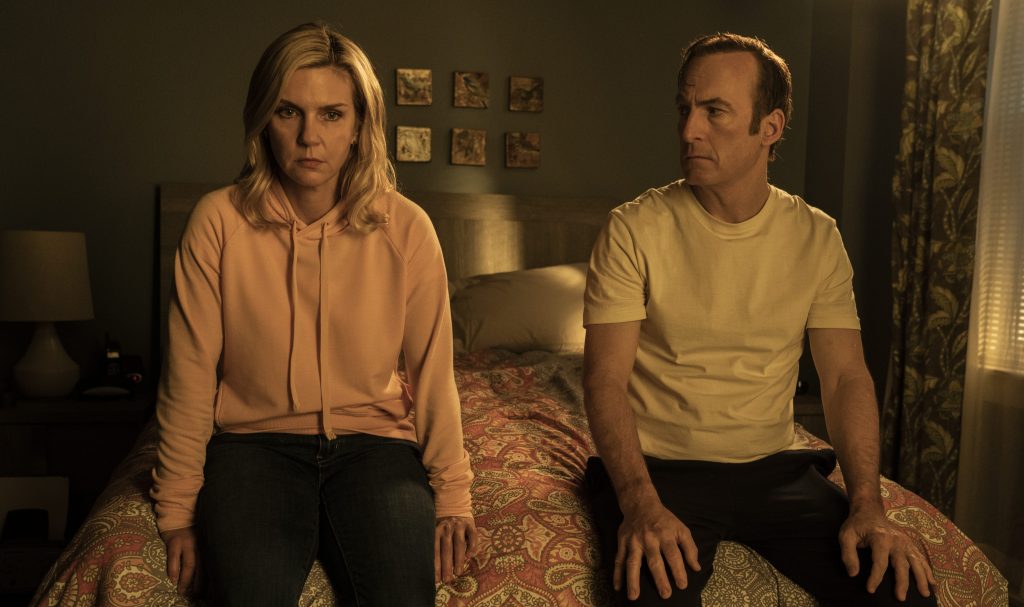 First it was Michael Mando’s Nacho Varga, then Patrick Fabian’s Howard Hamlin and tonight, we see that Tony Dalton’s drug lord Lalo Salamanca was never ever meant to die in a grand assault on his estate in Mexico in the season 5 finale.

No, no, Lalo would always die at the feet of Giancarlo Espositio’s rival drug kingpin Gus Fring.

Now, Lalo needs a favor. Saul has to go and murder someone for him. There’s a cell phone and a gun Lalo has left for him. Saul is to go to an apartment and when the door opens, “keep pulling the trigger until it’s empty,” says Lalo. Who is Saul bound to kill By the sound of Lalo’s description, it sounds a lot like Gus. Saul has a better idea: send Kim. As a woman, distressed no less, abruptly coming to a stranger’s door, she’s less likely to get shot.

Kim arrives at the house, and when the door opens she’s rushed inside by what looks to be Mike Ehrmantraut (Jonathan Banks), and indeed it is. And it’s where Gus, Mike and their henchmen are holed up. Kim tells Mike what she was instructed to do; however she points to a guy who looks a lot like Gus’ double.

Back at Saul’s apartment, Lalo ties him up, convinced he was involved, or at least knew something about the raid on his house across the border which took the life of his cook, gardener and innocent 17-year old son. 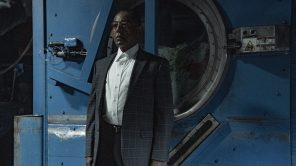 Mike and a set of guys head to Saul’s apartment to rescue him, while Gus and another group of guys head to the laundry warehouse which is the front for his meth lab bunker. Gus is confronted there by Lalo who shoots all of his guys, and fires into Gus’ chest (he has a bulletproof vest). Lalo then has Gus take him below. Lalo has heard about this cellar and how it was built; and dazzled by it. Ultimately, Gus knocks what ever remaining power is running in the bunker. He reaches for a gun he has hiding and ‘points and shoots’ till the gun is empty. Lalo is dead, shot in the throat, bleeding to death. As for Gus, he’s been shot too. However, we know from Breaking Bad that he doesn’t die.

Kim and Saul are ultimately reunited and given a proper pep talk by Mike. He’s got instructions on how they’re covering up the death of Howard: His car will be found several states away near the water. Cocaine will be found in the upholstery of the car. “That is the story you were setting him up for?” Mike wisely asks the couple. Howard’s death will be called a suicide, but his body will never wash up. The couple will hear about it and which point they’ll call the cops. Because ya see, Howard’s car was parked near their apartment for quite some time. “You’re the last people to see him alive,” Mike reminds them. Essentially, Kim and Saul need to “keep telling the lie you’ve been telling.”

And as far as anything related to Lalo: “I need to impress upon you that none of this ever happened,” Mike warns them.

The episode ends with Mike burying both Lalo and Howard in a shared grave in Gus’ bunker meth lab.

Tonight’s episode was screened more than three weeks ago at the Tribeca Film Festival on June 18 with Better Call Saul co-creator and showrunner Peter Gould, as well as AMC, insisting that the audience and the media in the room keep quiet about the plot details of “Point and Shoot”. That’s quite a committed gag order, even for the social media age.

“How are you guys not going to tell anybody?” Seehorn asked the crowd at the time, “My husband and children don’t know what happened.”

In regards to whether Dalton knew Lalo’s fate was imminent, he told the crowd at Manhattan’s BMCC Tribeca Performing Arts Center, “Pete, and Vince (Gilligan) called me and they told me before we even started (filming) – they said this episode is going to be the last one that you do. And I was like, you guys are killing me in eight? If you are going to kill me, let me know – right? Thanks Pete.”

Talking about the shot of Mike’s face at the very ending of the episode, peering down at the makeshift grave with Lalo and Howard, Better Call Saul co-EP and scribe Gordon Smith explained, “Mike – he’s a professional. I don’t think he feels good about any of this. I think he certainly doesn’t feel good about Howard. I don’t know that he’s mourning Lalo. I do think that he may respect Lalo. Lalo is one of the only characters that we have ever seen that could go toe-to-toe and honestly, get one over on Mike.”

“He feels bad that there’s a civilian who has been downed and Mike has what he would think of as a code to try and make himself feel better about murdering people but no civilians,” Smith continued.

Gould added, “Mike feels dirty. He voluntarily got into this world. Gus didn’t blackmail him or hold his family at gunpoint to get him to work for him. He chose this life and I don’t think he feels terrible about it. What a waste. He’s looking at these two handsome, tall, young men.”

At the screening post Q&A, Gould addressed comments he made to Entertainment Weekly that there is “no ambiguity about what happens to Kim.”

He stands behind the statement.

“These people are living in a very dangerous world and Kim is a super complicated person,” he said. “We have a lot of territory to cover in the next few episodes. Her fate is not completely ambiguous. It’s not really what people want.”

The belief by fans for quite some time going back to Kim’s car accident a few season back is that her death is in the cards. Why? Because we never see her cross over to Breaking Bad. Duh.

In describing the last six episodes of the series, Gould said in one word that they were “multi-chromatic.” Odenkirk used three words– “a second life,” while Seehorn called the end of the series “provocative and psychologically disturbing.”

As far as Dalton goes, he quipped “I have no idea!” 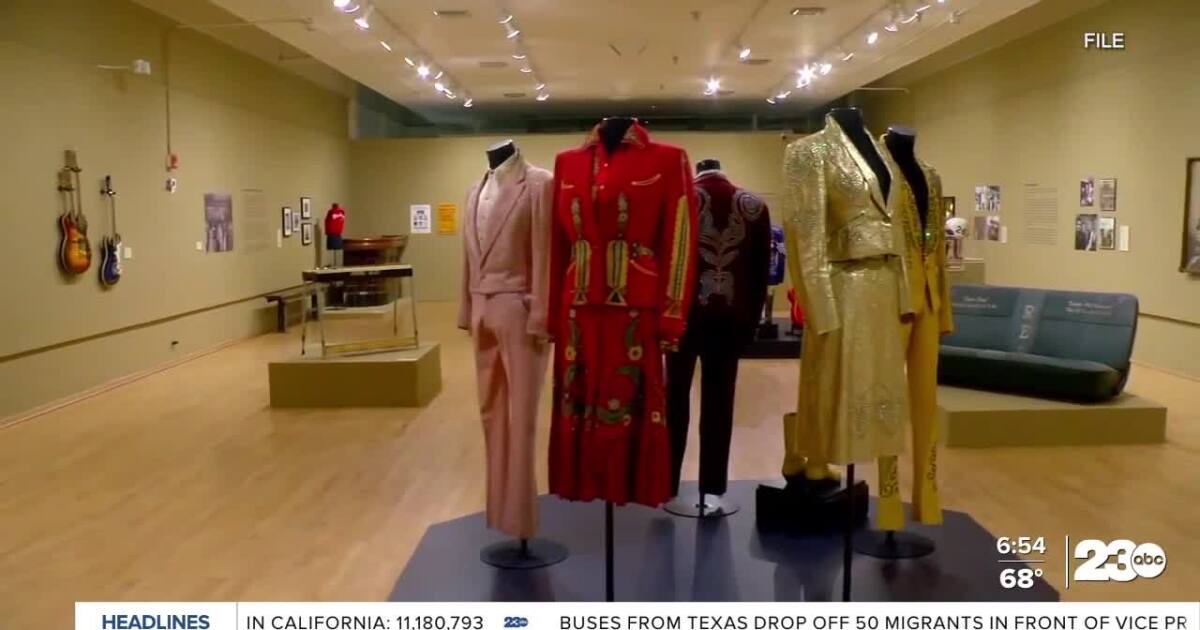 BAKERSFIELD, Calif (KERO) — It is Museum Day and the Bakersfield Museum of Art is one of the many museums participating in{...}

Why do reviewers love these shorts so much? Find out:  “I bought them for lounge shorts, but was very pleased{...}

Awesome, baby! ESPN college basketball analyst Dick Vitale, whose enthusiastic game calls have been a staple of the sport for{...}