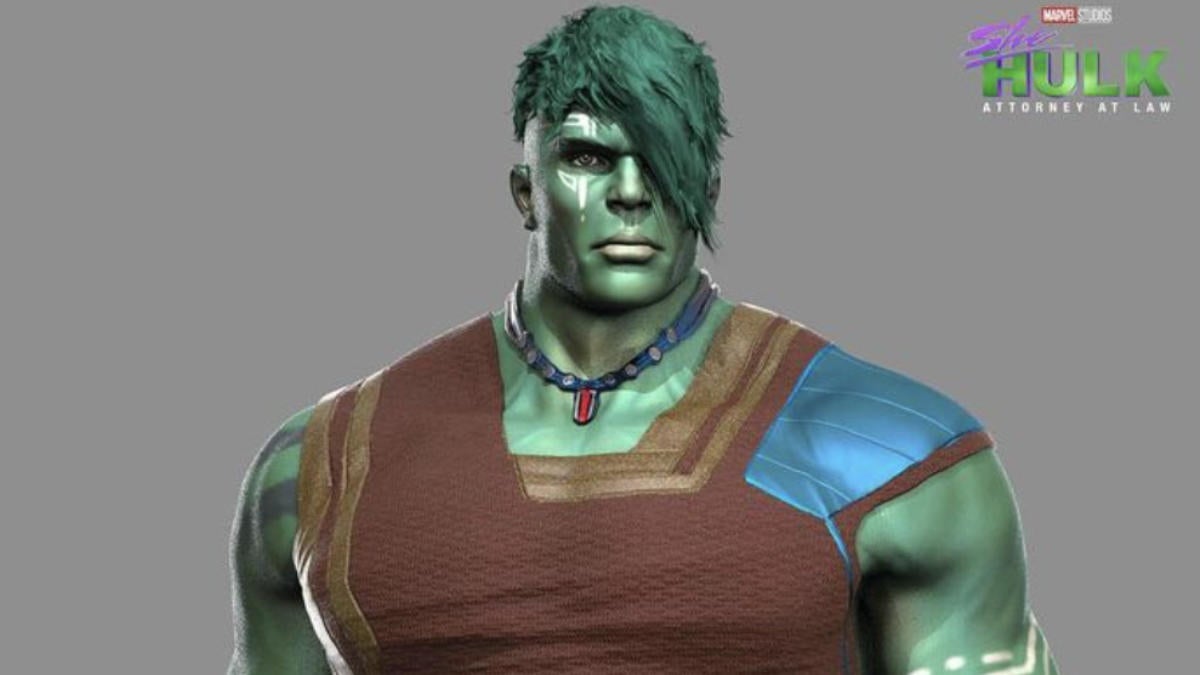 One of the most unpredictable things about the Marvel Cinematic Universe has been the novelty of seeing some pretty unconventional comic characters translated into live-action. The latest to join the list is Skaar (Will Deusner), who made his surprise MCU debut in the season finale of She-Hulk: Attorney at Law last month. The character has a unique pedigree and aesthetic in the pages of Marvel Comics, which left some slightly baffled by his She-Hulk cameo. In particular, some fans were surprised with the aesthetic and hairstyle of Skaar in live-action, but a new piece of concept art shows some different visions for the series.

Concept artist Constantine Sekeris recently took to Instagram to reveal some early looks at Skaar’s She-Hulk design, many of which have him sporting a different hairstyle and more comic-accurate tattoos. You can check them out below.

Who is Skaar in Marvel Comics?

In the comics, Skaar was created by Greg Pak and John Romita Jr., and was one of the biggest characters to spin out of World War Hulk. He is the son of the Hulk and Caiera the Oldstrong, one of the Shadow People who colonized Sakaar. Over the years he has served as a hero, villain, and antihero, especially alongside his father.

“I mean, we show that Hulk has a child,” She-Hulk star Tatiana Maslany said of the Hulk family’s onscreen future in a recent interview with ET. “We reveal his child and so I want to know about that child.”

Will there be a World War Hulk movie?

While Marvel’s slate of movies, special presentations, and television shows is continuing to expand on the road to Avengers: Secret Wars, the possibility of a World War Hulk movie has enticed many fans, especially now that Skaar has entered the picture. As Ruffalo explained in an interview earlier this year, it definitely doesn’t seem to be out of the realm of possibility.

“I don’t know. It certainly does suggest that,” Ruffalo told Variety. “There has been some conversations about what happened in the two years where Hulk abandoned Banner and the Avengers [on Sakaar], and the emergence of Smart Hulk, which hasn’t ever fully been answered. I think maybe we’ve given four sentences to that time period since then. It’s really an interesting, exciting part of the Hulk story and Banner story.”

“I do think that the trip to Sakaar is a good place to start and what that means to the idea of what the fans have been asking for — this idea of Planet Hulk or World War Hulk or just the journey that Banner and Hulk have to make to come to peace with each other,” he added. “That’s really interesting to me, and I do feel like there is some interest in exploring that down the line.”

The first season of She-Hulk: Attorney at Law is now available to stream exclusively on Disney+. If you haven’t checked out Disney+ yet and you want to give it a go, you can do that here.

Note: This is not a sponsored post, but if you purchase one of the awesome products featured above, we may earn a small commission from the retailer. Thank you for your support.

Activists of “Just Stop Oil” glue their hands to the wall after throwing soup at a van Gogh’s painting “Sunflowers”{...}

Takeoff‘s fans, friends and family members have come together to honor his legacy. On Nov. 11, ten days after the 28-year-old Migos rapper died{...}

The week around the world in 20 pictures | Art and design  The Guardian{...}