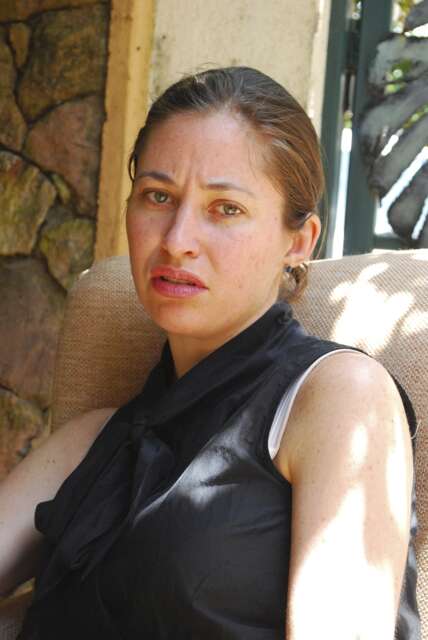 Witches have a different social status today than in centuries past when women like Joan of Arc were burnt at the stake and New England women were tried and tortured to confess being witches, rather than healers and midwives.

Today, Harry Potter has transformed witchcraft into a reputable profession and turned J.K Rowling into a multi-millionaire. But around the same time as Arthur Miller’s play, ‘The Crucible’, recalled the Salem Witch Trials of 1692, a similar sort of misogyny was taking place in the mountain village of Triori, Italy in 1587.

The Italian women’s little-known story was discovered by Kenyan-Italian playwright Silvia Cassini while travelling around the region and visiting a museum where a tidbit of their tale was revealed to her. But the writer of ‘A Man like You’ felt compelled to dig deeper into their story.

“I couldn’t find much more information on them, so I chose to take what little I knew and fill in the gap with my play,” Cassini tells BDLife during one of her troupe’s dress rehearsals before the play’s world premiere tonight at the Muthaiga Club, Nairobi.

Noting that she has been blessed with a cast in the form of Brian Ogola, Nini Wacera, Martin Kigondu, Matthew Ondiege, and Nixsha Shah, Cassini says she often has taken months to write her plays.

“But I completed ‘Speak their Names’ in just a month.”

Inspired to tell their truth, the author of ‘A Man like You’ admits that one of her favourite plays is Miller’s Crucible, about comparable trials, torture, and the tragic execution of women deemed witches due to pettiness and power games played among men using women as their pawns of war.

The power brokers in Cassini’s compelling play, dramatized with lights carefully choreographed by Alacoque Ntome, are played by Martin Kigondu representing the State and Matthew Ondiege representing the Church. Both are malicious, and despite having conflicting interests, are united in their desire to bring down women-power. Both are prepared to blame women for a multitude of sins, from talking too much and murdering babies to being buddies with the Devil.

In the play, their accusations lead to hundreds of trials, torture, and the disappearance of countless women and girls. “Only one woman returns,” says Cassini, referring to the beautiful Franchetta Borelli played by Nina Wacera who is just back from Zambia where she won an award for Best Supporting Female Actor in the Netflix hit, Country Queen. (She’s also up for a similar prize at this year’s Kalasha night)

No one knows how Franchetta managed to survive. But that is just one of the mysteries addressed in Silvia’s masterful play.

The central story revolves around the writer, Federico Taverio, who is called upon to ‘Speak their Names’ by a 13-year-old Ghost played by Nixsha Shah, 26, a young Kenyan who recently returned from studies at the American Academy of Dramatic Arts.

Cassini has taken a fascinating approach to explore all these themes. She chooses a contemporary playwright to be drawn into the girl’s ghostly world in his sleep. It is there that he obtains an intimate view of the Inquisitors so keen to deprive women of their freedom, power, and innocence.

Time travel is nothing new to science fiction, but one hasn’t seen it so much on stage. Yet Brian Ogola is more than up to the task of slipping in and out of a dreamy medieval realm where this youthful ghost shows him the ultimate cruelty of the church elder, Deputy Bishop (Ondiege) and the equally malevolent Deputy Commissioner (Kigondu).

Who is equally capable of making ghostly time travel a reality is Ms Shah who can easily pass for 13 even as she implores Federico to tell the world what happened to the women and the way their lives were sacrificed.

The writer is married to the beautiful Lily (Nina is transformed with awesome switches in attire, hair, and makeup) who threatens to leave him if he doesn’t come back from his intensely private realm. But he has his reasons for taking on the task of telling their story.

Besides that, he couldn’t help falling in love with this beautiful child. I suspect audiences who attend the show this weekend at Muthaiga Club or see it next weekend at Peponi Prep School Auditorium will feel the same way.

‘Speak their Names’ is a haunting and tender-hearted tale that confirms Cassini as one of Kenya’s and also, Africa’s leading contemporary playwrights. Amazon.com Inc. shares closed lower than their March 2020 nadir for the first time Thursday, as the tech giant’s stock{...} The year 2022 was tough, said four startup CEOs interviewed by BusinessWorld. Navigating their way to calmer waters, they said in{...}