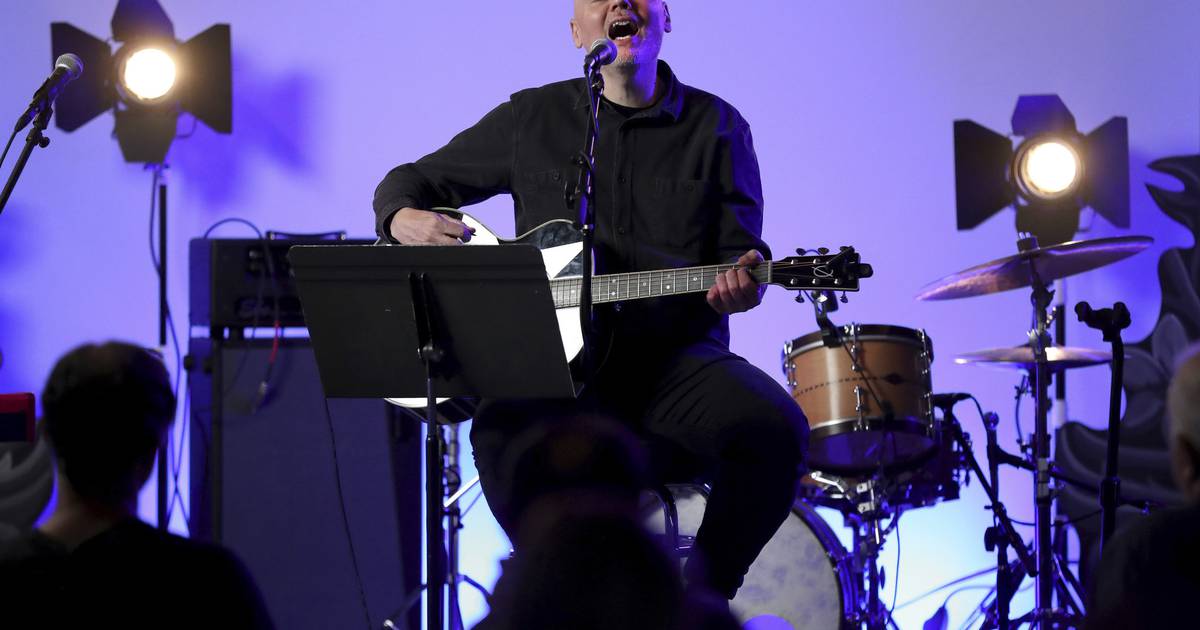 After Lake finished her first song, Billy Corgan, lead singer of the Smashing Pumpkins, thanked people for their support whether they were tuning in virtually or from inside Madame Zuzu’s Cafe, the tea house Corgan and his partner Chloé Mendel own in Highland Park.

The 8 p.m. concert, titled “Together and Together Again,” organized by Corgan and Mendel, raised money for the Foundation’s July 4th Highland Park Shooting Response Fund.

Just before midnight, the concert had raised $57,315, according to the YouTube streaming page.

The show featured short sets from several different bands and musicians including Bob Moses and Billy Swan. It was livestreamed on the Smashing Pumpkins YouTube channel, where viewers were able to donate and buy artwork such as posters and T-shirts from artist Gary Baseman.

“The reason I named it ‘Together and Together Again’ is we won’t stop. We will always come together,” Corgan said. “We will always bond around what we care about, our community and our love for one another. No one can take that away from us. And tonight we begin to reclaim that for Highland Park, and we want to bring that message to the world.”

Corgan also held a private show Tuesday night for first responders and victims of the shooting.

“This is a community reeling,” Corgan said. “I’ve lived here for 20 years. I’ve never seen anything like this in my life.”

In between performances Wednesday night, Highland Park residents shared what they experienced during the deadly Fourth of July parade.

Highland Park Mayor Nancy Rotering recalled being in the parade when she thought she heard a drum cadence from the marching band.

“What I didn’t realize was, it was the ratta-tat-tat of a shooter, shooting 83 shots into my community in less than a minute,” Rotering said. “The devastation that followed, the fear, the heartbreak, the continued sadness has been immense. And I have to say, communities that go through gun violence suffer not just physical pain, not just emotional pain, but it’s a psychic issue that will continue with all of us, we know, for the rest of our lives.”

Rotering thanked donors and urged her community to seek counseling in the wake of the shooting. She said she and her husband have gotten counseling, and the Foundation will help provide mental health resources for anyone in the community who needs them.

As the music transitioned from Blues and Jazz to alternative rock, performers shared their reflections about the attack.

“You read about this horrific event and you feel kind of helpless,” Tom Howie of the duo Bob Moses said. “And the one thing we know how to do is play music so we hope that by being here we can contribute in some small way.”

On the 29th anniversary of the release of her favorite Smashing Pumpkins album, Siamese Dream, Dawnelle Gordon waited patiently for Corgan’s performance to begin alongside her husband and son, Gavin.

Dawnelle said she has been listening to Smashing Pumpkins since she was in high school, but that it was 14-year-old Gavin who told her Corgan currently lives in Highland Park.

“We just moved to the Chicago area last year and it was time to introduce him to music I thought he would like from around here,” Dawnelle said.

Gavin said he learned to play the guitar over the last year and that Corgan and the Pumpkins are an influence.

“I love Smashing Pumpkins,” 14-year-old Gavin said. “Really, they’ve inspired me to start getting into music and stuff myself.”

Positioned toward the back of Madame Zuzu’s, Rita Moran-Laxner stood side-by-side with her husband, Michael Laxner, sharing a pair of headphones as Michael swayed and bobbed his head along to the livestream.

“I think when I heard him on the news, today, too, he said that music can touch everybody,” Rita said.

The couple enjoys attending local, live music performances, from shows at nearby Ravinia to Independence Grove in Libertyville.

“I’m out four, five nights a week. All the local stuff,” Michael chimed in before turning his attention back to the music.

Edgar Posadas said he unknowingly brushed paths with Corgan earlier in the day while snagging a drink at Madame Zuzu’s. He and his friend, James Chantansombut, who was also working nearby, dropped by to catch the show after work.

“I saw the instruments there, I saw Smashing Pumpkins (paraphernalia) and I saw (Corgan) and I was like, ‘Huh, that’s weird,’” Posadas recalled.

“We both listened to them growing up, so it’s kind of cool,” Chantansombut said. “I didn’t know he even lived here.”

Highland Park resident Jeannine Kuhlmann, who watched from outside with her son, appreciated the thought Corgan put into the performance.

“I saw an interview and he said he was thinking really hard about what he wanted to play to kind of reflect how people are feeling because it’s been really traumatizing for everybody.”

Corgan and the Smashing Pumpkins played songs like “Today” from the 29-year-old Siamese Dream album and newer songs like “Wrath” released in 2020.

There’s a place for us

And my love’s enough

But when I break into sapphires

I’ve cost you more than myself

I’ve no more strength than Ulysses

Perry Farrell, lead singer for the band Jane’s Addiction, closed out the show, which ended about 10:45 p.m., performing “Jane Says.” But before he started singing, he talked about the need for gun control and said love of family and community is required to combat gun violence.

“We do know what we’re up against here. We’re up against money and corruption, because I think most of us sensible people really do understand that there’s got to be better, more sensible gun control laws,” he said as the crowd cheered.

“So it can get very, very disheartening to try to think, how can we combat that? We’re talking money … how do you beat money? There’s really only one thing that can beat money. That’s right, it is love. Love will conquer all.” 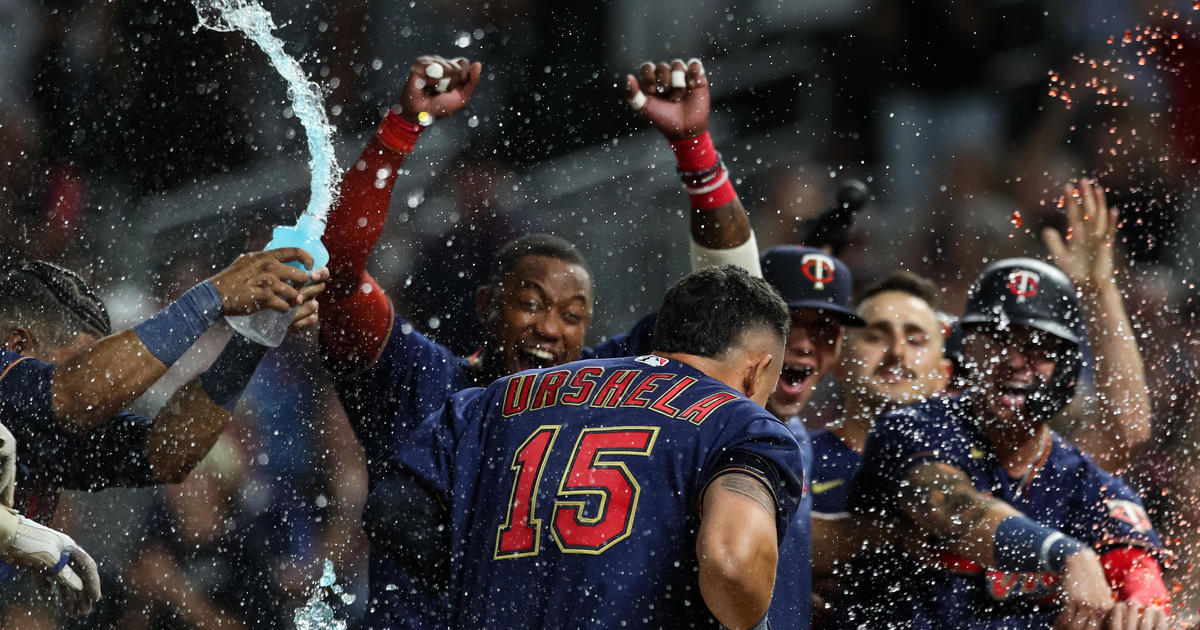 MINNEAPOLIS – Gio Urshela went right back to work after his wife delivered their new daughter and gave the Minnesota{...} WASHINGTON — Despite desperate pleas from aides, allies, Republican congressional leaders and even his family, Donald Trump refused to call{...} 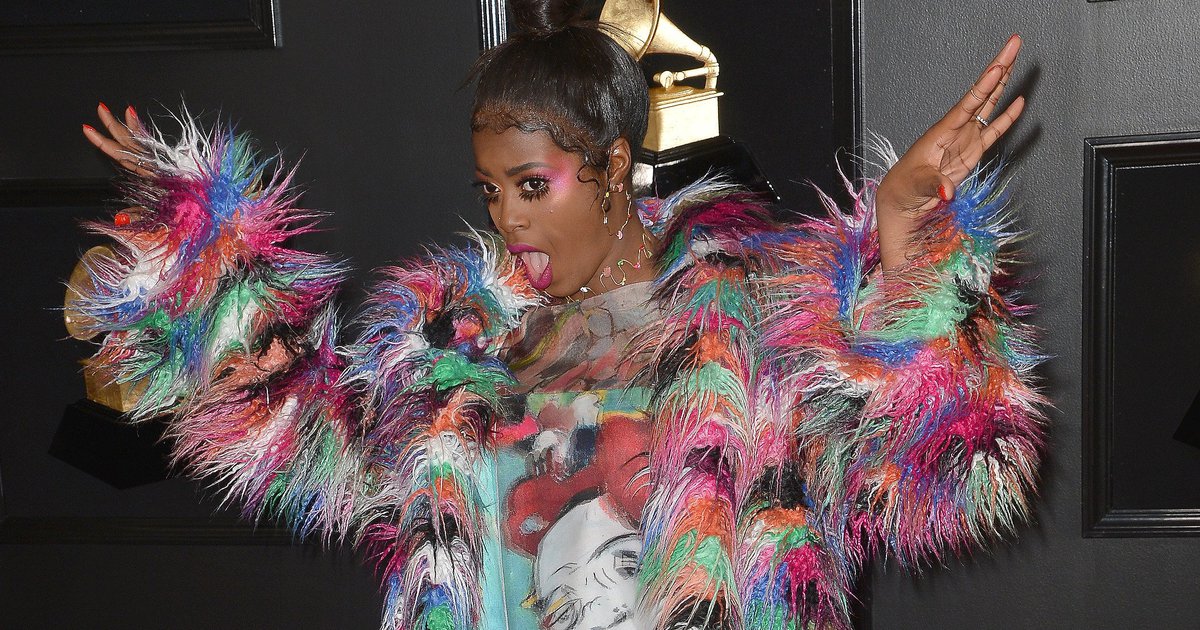 The Adult Swim Festival Block Party is coming to Fishtown next month. There are lots of musicians from Philadelphia on{...}