Even before its latest soundbar hits store shelves, Sonos is moving closer to releasing its Next product – and it’s one with excitement awaited. As noted by Redditors and of the protocol Janko Roettgersthe upcoming Sonos Sub Mini subwoofer has gone through the FCC.

The submission leaves no doubt as to which product we are looking at: the Sub Mini was tested in a setup that included a “master unit” none other than the Sonos Beam. And a diagram showing the location of the FCC compliance mark confirms the cylindrical design that Sonos has previously referred to.

Last month, The edge revealed a 3D rendering of the Sub Mini’s overall design. Although some minor hardware details may differ in the final product, it is an accurate depiction of what the Sub Mini will look like.

The big question for many Sonos fans is how much the company’s entry-level subwoofer will cost. With the regular Sub stratospheric priced at $ 749, Sonos has plenty of room to play with. $ 599? $ 499? I would bet somewhere in that area, but hopefully it will not be long before we find out the whole story – and learn the differences between the Sub Mini and its larger, square siblings.

There may not be much waiting time left. Sonos Roam was spotted at the FCC about a month before it was announced by the company. Sonos Ray took a little longer; its FCC archive was unveiled in March before the new soundbar was leaked and then formally unveiled in May.

Just yesterday, Sonos launched its own voice control service for the company’s range of smart speakers, including Sonos Roam, Move, Arc, Beam and One.

Technology News
Xiaomi Mix Fold 2: what we want to see 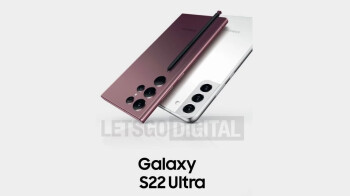