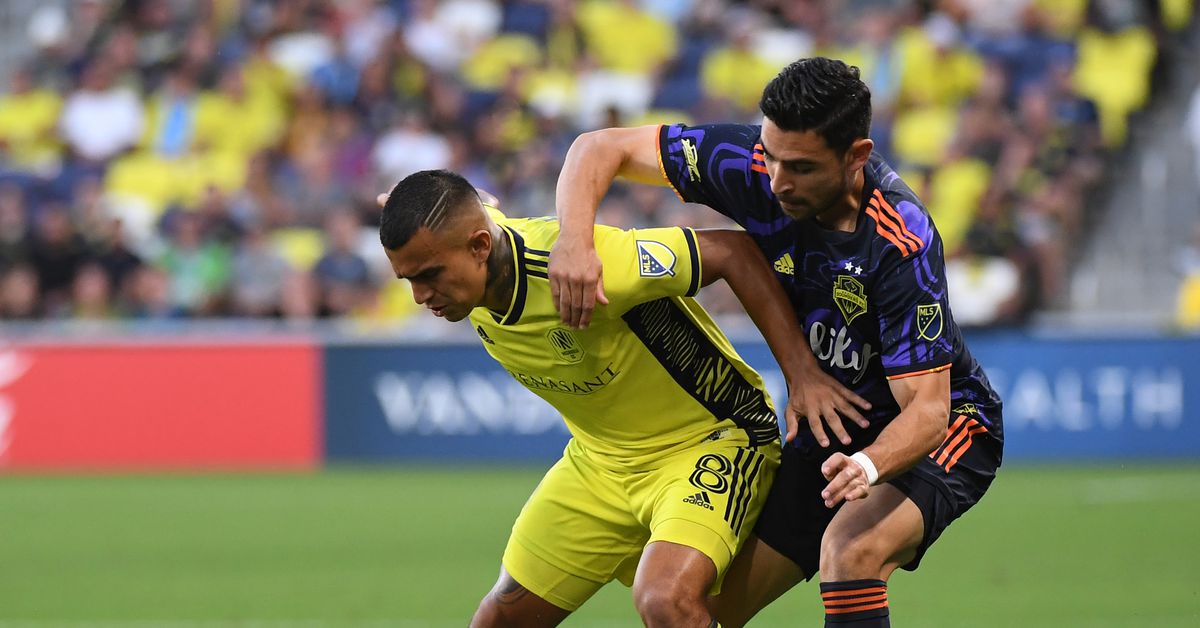 The Seattle Sounders ran out a somewhat rotated lineup for a midweek match on the road against Nashville SC and, despite a handful of promising chances, fell 1-0 to the home side. Seattle looked very much the most likely to score in the opening minutes, with a couple of dangerous moments within the first two minutes.

After the 15-minute mark, though, the first half was all Nashville. Eight of Nashville’s 12 total shots for the evening came between the 14th and 36th minutes, with all of their work paying off in the 44th. Nico Lodeiro got caught looking with the ball at his feet, and Randall Leal hit a cross to CJ Sapong as he ran in behind Nouhou. Sapong then found Hany Mukhtar open and in on goal, and Mukhtar slotted home after looking off Stefan Cleveland to give his side the lead.

The Sounders put Nashville under pressure in the second half, although at least some of that was by the nature of Nashville’s approach. As Nashville sat deep in defense and possession and got out on the counter at every opportunity, Seattle sent in waves of attacks that almost inevitably crashed upon the rock that is Walker Zimmerman. Some second-half substitutes did help Seattle get a bit more control of the game, beyond just what Nashville permitted. Danny Leyva was a particular bright spot, bringing a bit of tenacity and some quality passing and vision to the midfield. The Sounders have one more game on this road trip, an opportunity to bounce back against a struggling Chicago Fire side on Saturday.

2’ — Cristian Roldan lets a shot rip from 20 yards out as the Sounders keep Nashville pinned in their end with possession and pressure.

14’ — Stefan Cleveland makes an excellent diving save on a dangerous free kick, reaching and punching the ball out to his left for a corner.

44’ — Nico Lodeiro gets his pocket picked and Nashville launch a counter attack. CJ Sapong plays Hany Mukhtar in and Mukhtar finishes to open the scoring. 0-1

58’ — Danny Leyva’s first contribution to the game is a great shot that fizzes by the post after some clever passing play from the Sounders attack.

68’ — The impossible nearly happened, as Nouhou runs up onto a layoff from Jordan Morris and takes a shot that’s deflected on its way in, then tipped and hit off the post by the GK.

75’ — Will Bruin nearly gets one, just putting the finish wide on an excellent pass from Nouhou.

90’ +3 — Danny Leyva sends in a looping cross that finds Cristian Roldan at the back post, but the attempt to send it back across goal is over-hit.

Sleepy Time Defense: Twice in a week the Sounders attack has been kept off the score sheet. It happens, scoring goals is hard. The bigger concern is that twice in a week — and you could reach back and add the Montreal loss if you wanted to — the Sounders have lost games because in an important moment (or more) the defense has simply been caught sleeping. This time around it was started with Lodeiro getting his pocket easily picked, but it still doesn’t explain why none of the back three were in a position to prevent the counter or even make it more difficult. Defensive solidity has been a trademark of the Sounders for a long time, but it’s been a concern surprisingly often recently.

How do you solve a problem like Montero? Fredy Montero is a really good soccer player. I’m a fan; I like it when he does good passes, and when he scores goals and does general golden god things. But at the moment he keeps getting Starting XI nods from Brian Schmetzer and, although playing relatively well, repeatedly seems to provide qualities that simply aren’t what the team needs. It’s not for nothing that the Sounders have seemed to more easily find their rhythm with Will Bruin on the field when Raúl Ruidíaz is unavailable. Montero’s still a good player, plenty capable of helping the team win games, but the Sounders approach seems to require the focal point to play off of that Bruin provides.

Danny Leyva’s development: It’s easy enough to forget that before Obed Vargas burst onto the scene this season, or Josh Atencio did the same in 2021, Danny Leyva was the new hotness in 2019 as a 16 year-old earning ‘ooh’s and ‘ahhh’s from the middle of the field. Injuries, like with the two mentioned before, presented a speed bump for Leyva, but he seems to be back at his best, with a quality start against Toronto FC and now his sub appearance against Nashville. In 33 minutes tonight Leyva completed 25 of 26 passes while also providing some backbone to the midfield. It’s a good reminder that development isn’t linear, and given the opportunity the midfield could still be in good hands with Leyva and Atencio around.

Stefs have a way about them.

“We have to look at ourselves, not just the starting XI, the guys on the bench and the coaching staff. As a unit we have to be better.” – Cristian Roldan

Man of the match 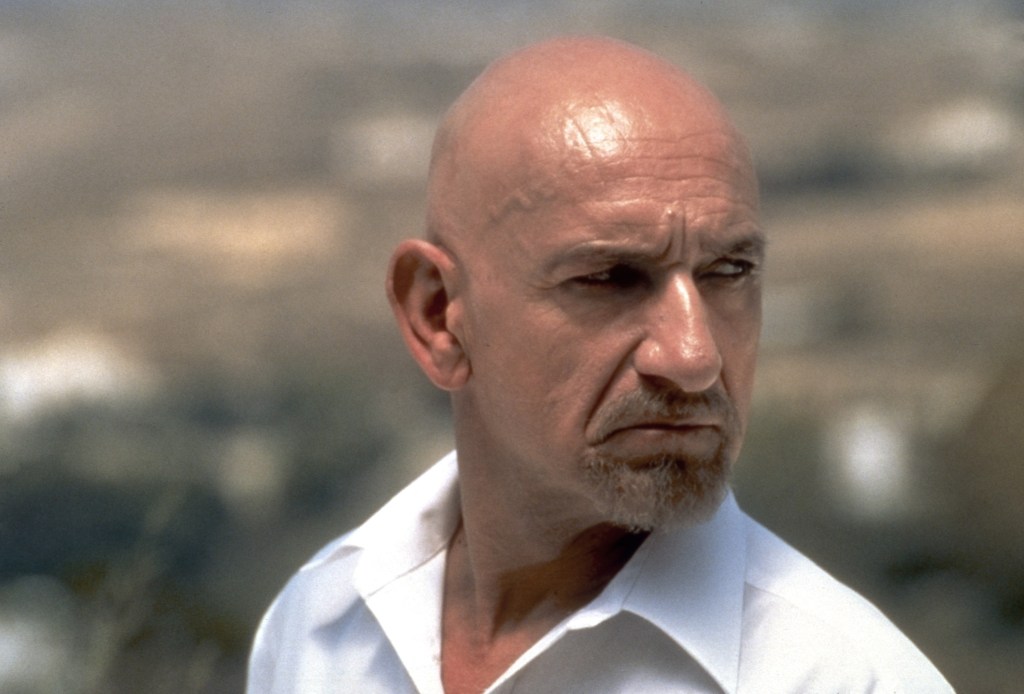 Paramount+ has planted a UK flag in a big way in recent months and research today from Ampere Analysis reveals the{...} 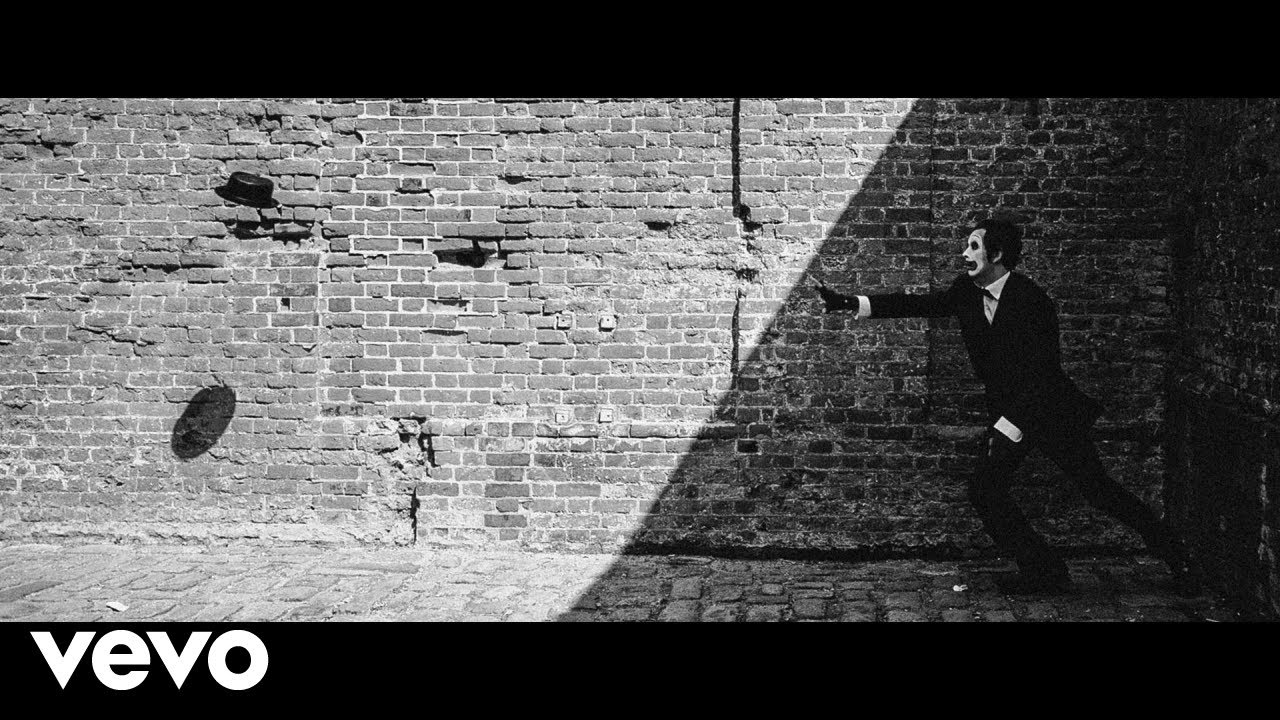 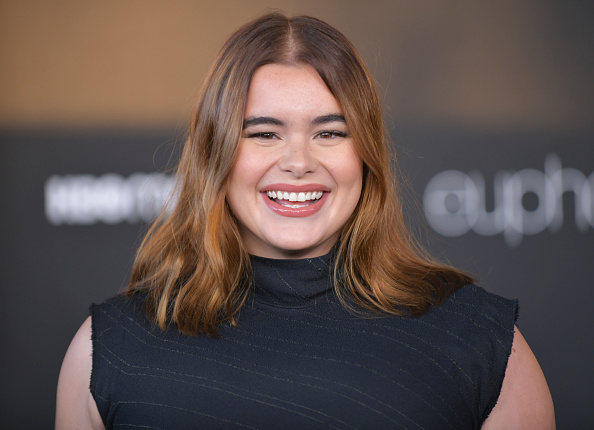 Bye Bye Kat! ‘Euphoria’ star Barbie Ferreira announced that she will not be returning to the show for its third{...}