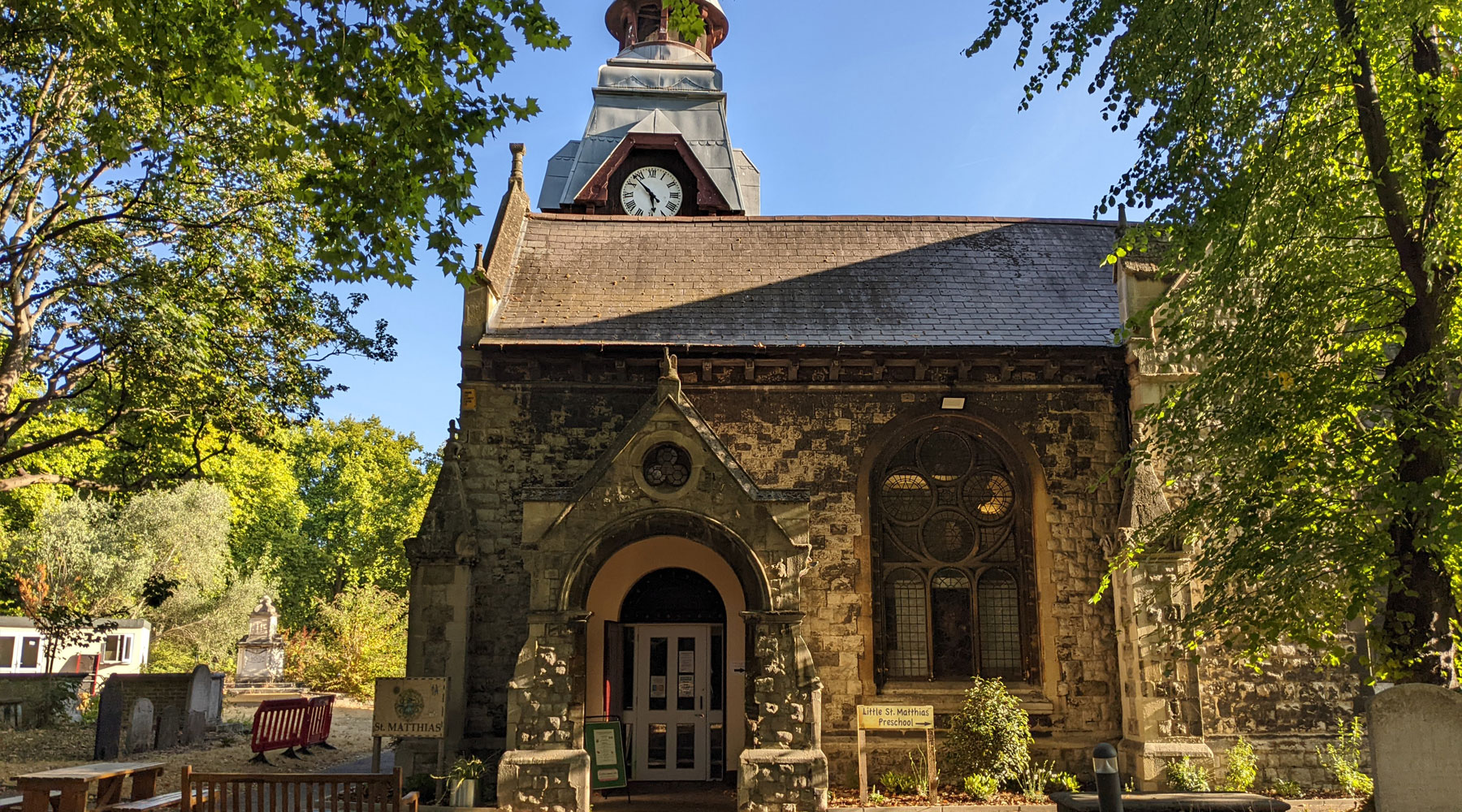 On a side street in Poplar, East London, is an old church that’s now used as a playschool — and is London’s only church that was built during the Interregnum, the time England was a republic.

England and Wales, and later Scotland and Ireland, were governed as a republic following the execution of King Charles I in January 1649 until the restoration of the monarchy in 1660. Very few churches were built during this period for unrelated reasons, but one of the few was built in London, in Poplar.

The only one built in London during this period.

The church, St Matthias though owes its origins to before the republic, and the arrival of the docks in East London. In 1614, the East India Company had built a dock in Blackwall, and as the local population grew, the locals in Poplar started petitioning for a local church as St Dunstan’s in Stepney was too far away.

It took a long time to raise the money, with £100 left in 1639 by Gilbert Dethick, who owned a manor in Popular, a donation from Sir John Gayer and contributions from the East India Company.

On April 7, 1652, at a meeting at the East India Company, “Mr. Governour [William Cokayne] declared to the Gennerallity that the inhabitants of Blackwall and Poplar had the last Friday presented a petition to the Court of Committees, the which he now commanded to be read, wherein they declared that by reason of the great distance from Stepney Church, that in cold and wet weather most of the petitioners can seldom come to hear, and in the summer time there is no room; so that most of them are deprived of the means of grace for their precious souls. They therefore humbly desired that the Company would be pleased, seeing they have laid a good foundation for a chapel by their almes house at Poplar, that they would lend their help and assistance to the building and perfecting of the same chapel.”

The company stumped up the outstanding money, and work finally started in 1652. Built by Master of the Bricklayers’ Company John Tanner, work was completed just two years later in 1654. In total, the church ended up costing around £2,000 to build.

View looking across a field and small woodland area towards the chapel; a church tower and the dome of St Paul’s visible in the distance on the right; two figures lying in field in foreground. 1799 Etching (c) The Trustees of the British Museum

The church combines classical and gothic elements, with a barrel-vaulted roof supported internally by timber Tuscan columns. A regular rumour that the timber came from ships masts has been equally regularly refuted. The church was modified in the 18th and 19th centuries, with a clock tower being added in 1718, along with later changes to the windows and pulpit, and a large rebuilding effort in 1775. A new chancel was added in 1875, consecrated by the Bishop of London, upgrading the building from a chapel to a full church.

But externally at least, it still retains some of the airs of a small village church — but just happens to be London’s only Interregnum church.

As the docks declined in the 1970s though, the parish was merged with nearby St Anne’s Limehouse. Although St Matthias had the larger congregation, St Anne’s had the grander church, so it was St Matthias that was deconsecrated in 1977. The church decayed until restoration in 1990 by the London Docklands Development Corporation, and a trust fund was set up to maintain the building, and to use it as a community centre.

Today it’s used by a playschool, so I haven’t been inside, but as the only church built in London during that short period that England lacked a King, it’s historically significant, and worth a visit for that alone. 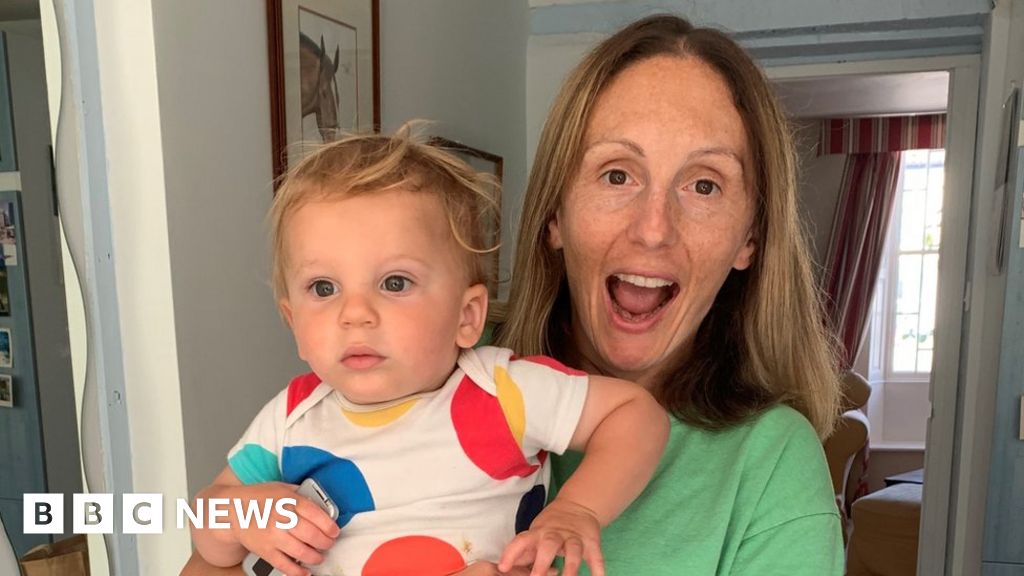 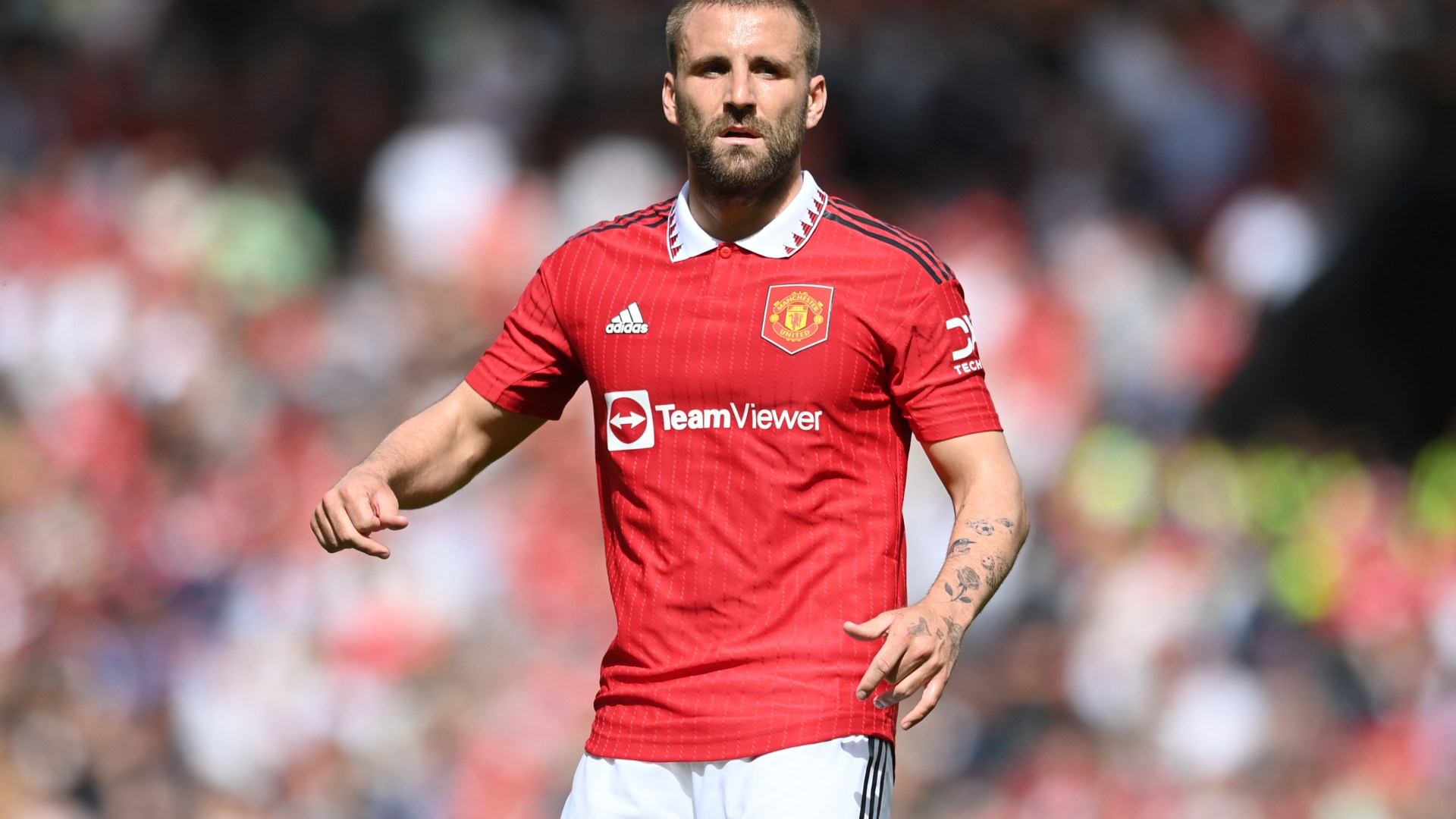 LUKE SHAW looked in incredible shape as he returned to Manchester United training this week. The England left-back has been{...}

So the truth is out. For month after month, year after year, former police officers like me, and even disinterested{...}