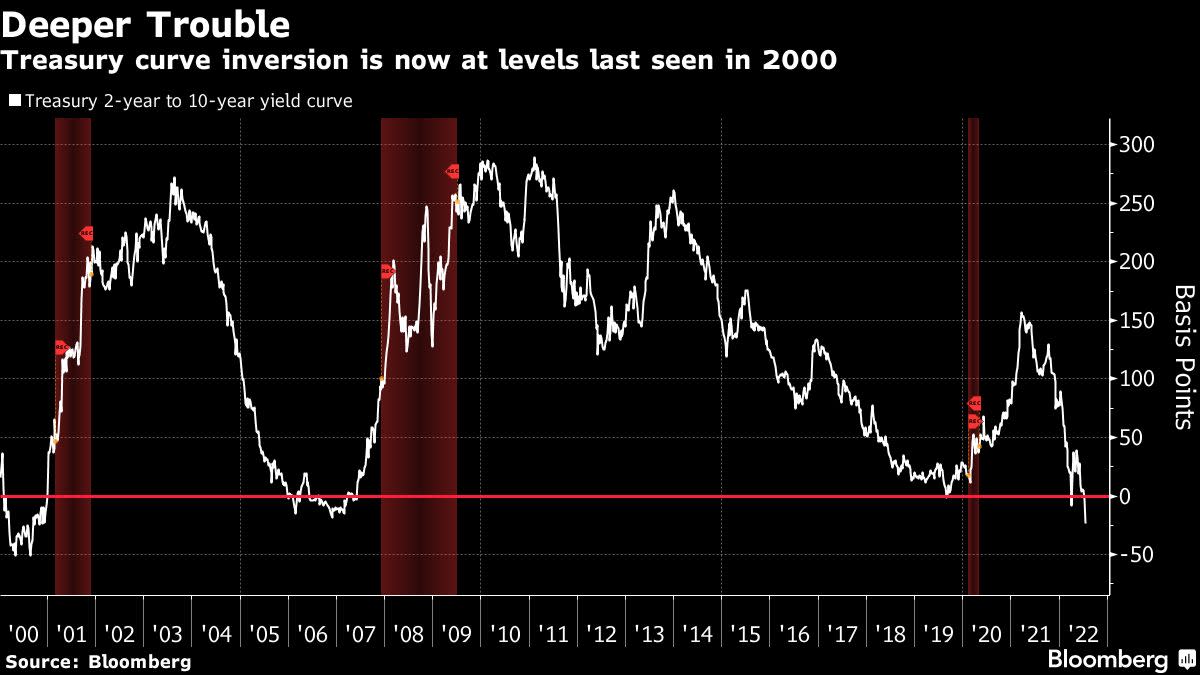 An Asian share gauge dipped, led by Japan, while S&P 500 and Nasdaq 100 contracts shed about 0.5%. A volatile US session ended with modest losses, a resilience possibly rooted in speculation over whether the 9.1% consumer-price reading marks the peak.

Traders shifted toward expectations of an historic one percentage-point Fed interest-rate hike later this month. Fed Bank of Atlanta President Raphael Bostic said “everything is in play” to combat price pressures.

Fed Bank of Cleveland President Loretta Mester said in a Bloomberg Television interview the CPI report was uniformly bad and that the central bank will need to go well beyond the neutral level of rates. The figures don’t suggest a smaller hike than in June, she added.

Treasury two-year yields, sensitive to imminent Fed moves, climbed further and longer-maturity rates were steady. The inversion between two-year and 10-year yields — a potential recession indicator — was at levels unseen since 2000.

A dollar gauge advanced, commodity-linked currencies retreated and the euro fell back toward $1 after briefly dipping below that level on Wednesday. The loonie pared gains following a 100 basis points hike by the Bank of Canada. Crude oil hovered around $96 a barrel. Bitcoin rallied past $20,000.

The big question for markets is whether the latest inflation print marks the peak. Commodity prices, pushed up this year in part by supply disruptions related to Russia’s war in Ukraine, have moderated somewhat of late.

But if higher costs prove to be persistent and come alongside an economy buckling under rate hikes, that could be toxic for a range of assets already nursing heavy losses this year.

“Stubbornly high inflation increases the risk that the FOMC continues to hike aggressively and triggers a recession,” Kristina Clifton, senior economist at Commonwealth Bank of Australia, wrote in a note. That’s increasingly the market’s base case and recession fears will continue to support the dollar, she added.

Swaps referencing Fed meeting dates are priced for the policy rate to peak at about 3.7% this December, up from the current target range of 1.50%-1.75%. Traders then expect the Fed to start cutting rates, with more than three quarters of a percentage point of reductions priced in between the expected peak and the end of March 2024.

In Singapore, the central bank unexpectedly tightened monetary policy on Thursday, sending the currency higher. Meanwhile, a Chinese central bank official said liquidity in the interbank market is more than “reasonably ample,” a sign that further rate cuts are unlikely.

Traders are also monitoring any impact after US Securities and Exchange Commission Chair Gary Gensler cast doubt on the possibility of a deal being reached with China on access to Chinese companies’ audit reports.

What to watch this week:

Will the eurozone avoid a recession or a debt crisis? How will the euro and stocks perform in the next six months? Share your views and participate in the latest MLIV Pulse survey. It only takes a minute, so please click here anonymously.

Some of the main moves in markets:

Ja’Marr Chase #1 of the Cincinnati Bengals makes a catch over Jalen Ramsey #5 of the Los Angeles Rams during{...}

That’s helped, ultimately, to bring short-end rates higher and put market pricing for where policy is likely to be this{...} 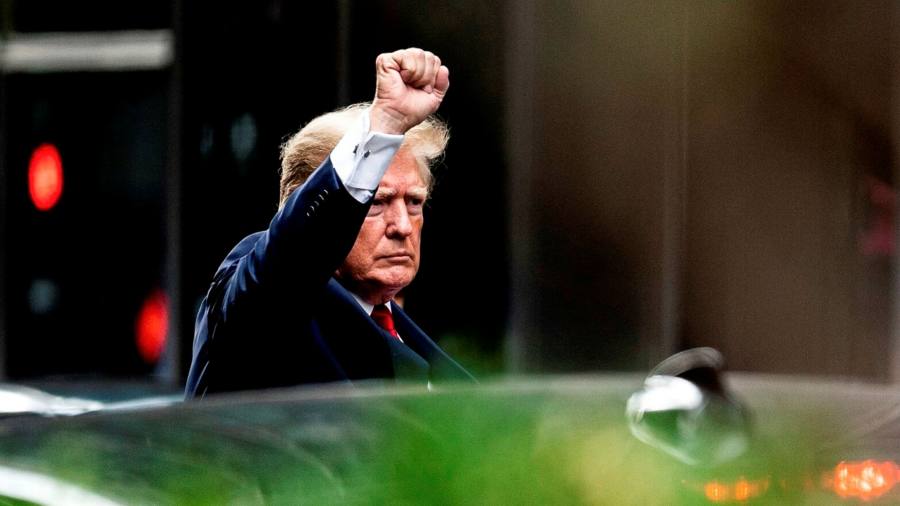 Donald Trump refused to answer questions at a deposition in a New York state probe into his businesses on Wednesday,{...}