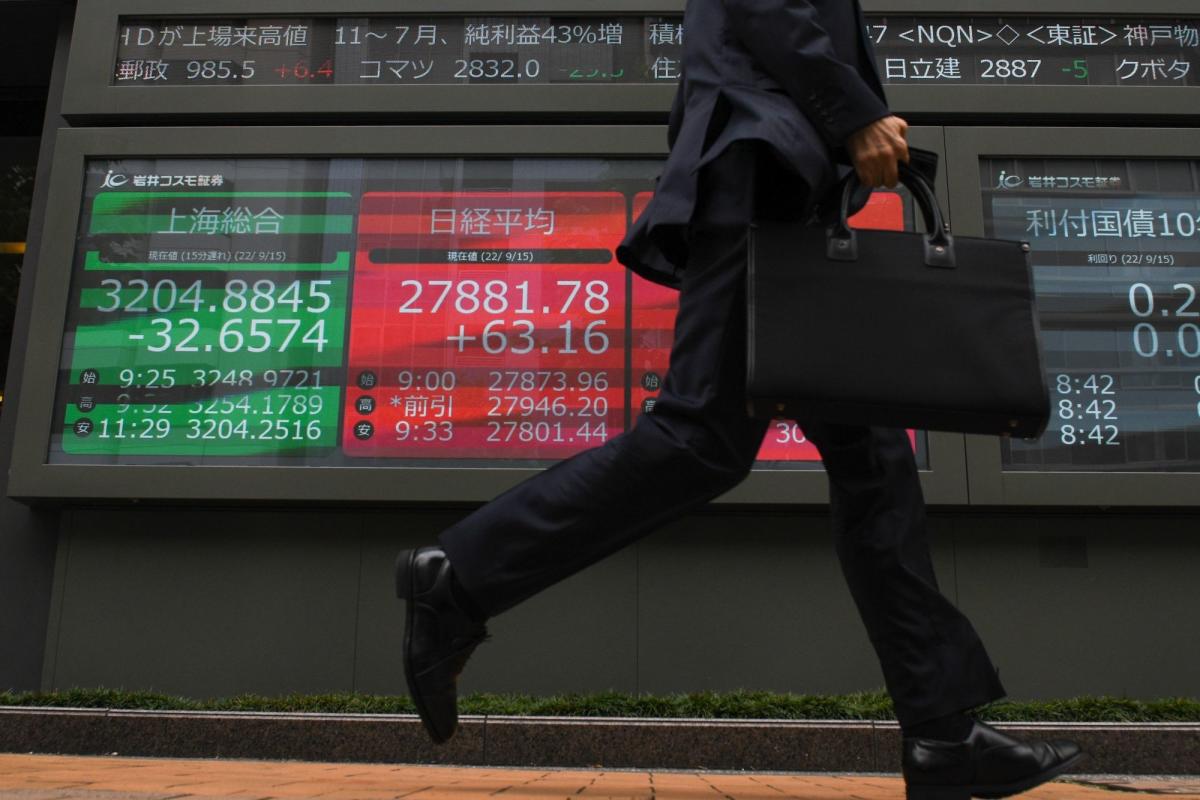 Stocks Jump, Dollar Down Most Since Pandemic Onset: Markets Wrap

(Bloomberg) — Stocks climbed, with traders weighing mixed jobs figures and awaiting next week’s inflation data for more clues on when the Federal Reserve would be able slow down its pace of rate hikes.

The S&P 500 rebounded from a four-day rout. The dollar fell the most since March 2020. Two-year US rates — which are more sensitive to imminent Fed moves — retreated after climbing to another milestone earlier in the day.

US businesses reported strong hiring and wage increases in October although the unemployment rate climbed. Money-market traders trimmed their bets for the peak Fed rate next year after briefly pricing in 5.25% after the jobs data.

“Market rate pricing overshot a bit in the hawkish direction earlier this week and see no need for this to push higher on the news,” said Peter Williams at Evercore ISI.

Boston Fed President Susan Collins said policy is entering a new phase that could require smaller rate hikes, but she did not rule out another 75-basis-point boost. Her Richmond counterpart Thomas Barkin told CNBC the Fed may need to raise rates above 5%, though it may slow its pace of increases.

Markets will watch the latest US inflation reading on Thursday after the core consumer price index rose more than forecast to a 40-year high in September. Even if prices begin to moderate, the CPI is far above the Fed’s comfort zone.

“This jobs report likely does not push the Fed off its path for a 50-75 bp rate hike in December. However, the next big economic report that could move the needle for the Fed is next week’s CPI report.”

“Maybe the equity market is taking some solace in the idea that the unemployment rate starting to tick up and that might lead to more weakness going forward, but I think its a net neutral report, frankly.”

“This report alone won’t sway the Federal Reserve to adopt a new tact on rising interest rates. It has a lot more data to digest, including on inflation, before the next policy-setting meeting in mid-December.”

“If labor growth remains strong and earnings growth slows, it’ll be a win-win for investors since there will be less pressure on the Fed to raise rates. The result could be a soft landing in the economy as opposed to a hard one.”

“While the number may be disappointing for investors hoping for a dovish Fed sooner rather than later, keep in mind it was the lowest reading in nearly two years, so there could be signs that the market is slowing.”

“The most notable signal from today’s employment data is not that the data came in better than expected, but rather that some subtle signs of the economy slowing are starting to show up. Investors are looking for any signs that the Fed will pull back the reigns on policy tightening.”

Investors are fleeing to the safety of cash funds as the Fed remains firmly hawkish, according to strategists at Bank of America Corp.

The asset class had inflows of $62.1 billion in the week through Nov. 2, according to a note from the bank citing EPFR Global data. That’s contributed to $194 billion of inflows into cash from the start of October — the fastest start to a quarter since 2020.

In corporate news, US-listed Chinese stocks jumped amid fresh optimism over an easing of Covid restrictions. DoorDash Inc. reported revenue that beat estimates, a sign that customers are still ordering pricey takeout despite a squeeze from higher inflation.

Some of the main moves in markets: ifty bounced from key support last week, but the charts are not looking convincingly strong. The index could be heading{...} A credit card categorization code that could improve the tracking of gun sales was approved by an international panel that{...}