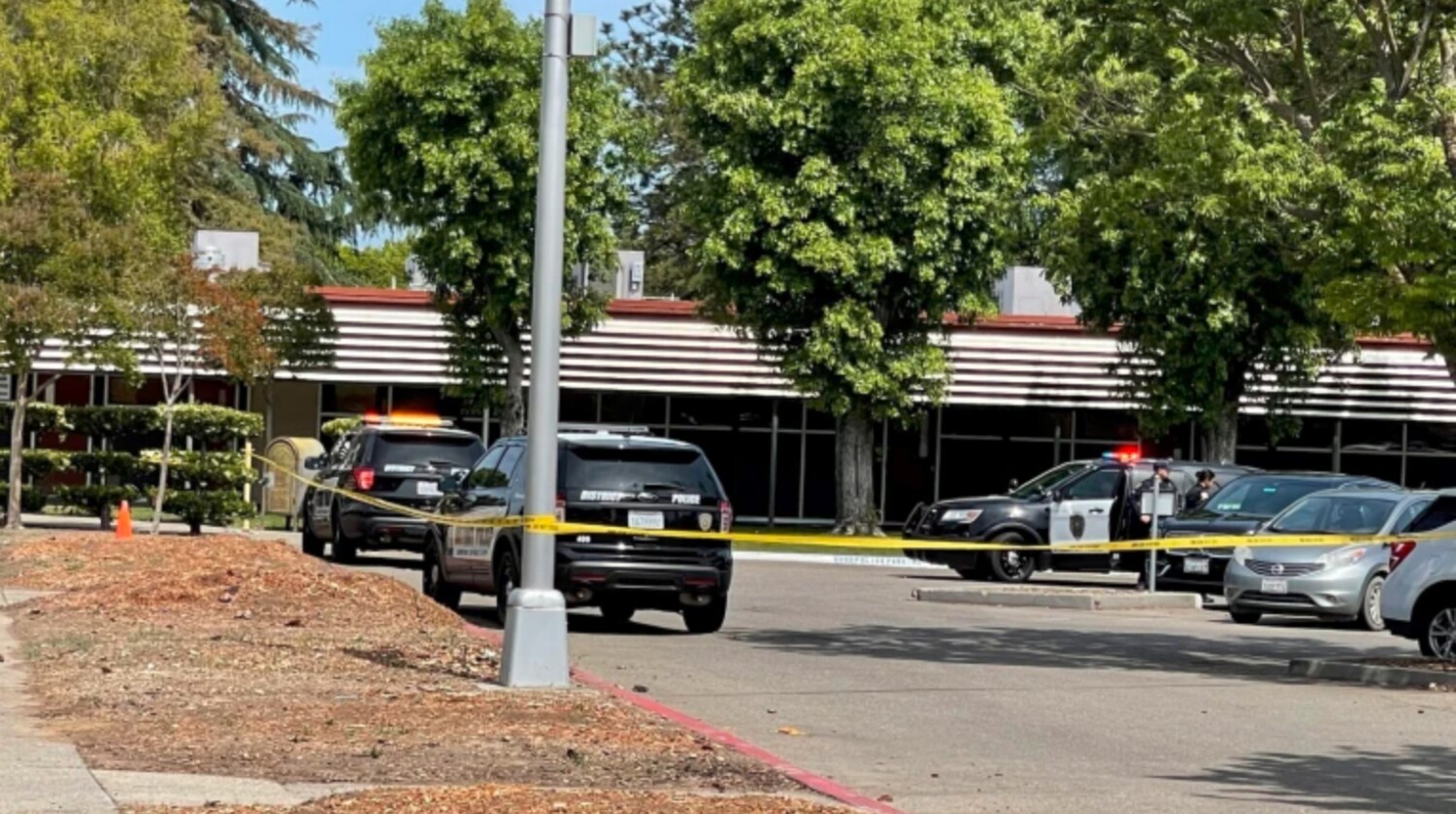 A 15-year-old girl died Monday after she was stabbed multiple times by an intruder at a Stockton high school in what police described as a random attack, authorities said.

Anthony Gray, 52, was arrested at Amos Alonzo Stagg High School immediately after the attack and investigators are trying to determine why the student was targeted, authorities said. He was booked into San Joaquin County Jail on Monday night on suspicion of murder, records show. He was being held without bail.

Authorities were alerted to the stabbing at 11:05 am, police said.

“While responding, we learned a Stockton Unified School District police officer had the suspect detained,” police said. “The student, a 15-year-old female, was transported to an area hospital where unfortunately she died from her injuries.”

Investigators learned that the suspect drove to the school’s front parking lot, exited his car, walked up to the student and stabbed her, police said.

The campus was placed on lockdown after the attack, school officials said.

During an afternoon news conference, Stockton Unified School District Supt. John Ramirez Jr. said the man walked through an unlocked gate at the front of campus and stabbed the student.

“A trespasser entered in front of our school today and stabbed one of our students multiple times,” Ramirez said, his voice breaking. “Unfortunately, she did not make it.”

Several school staff members were near the gate when the stabbing occurred, including a district police officer, he said.

Stockton police have taken over the investigation, Ramirez said. It’s unclear if the suspect knew the student.

“We want to offer from all of our Stockton Unified staff prayers to the family,” he said.

The motive for the attack is not known, according to a district statement posted to Instagram.

The student’s identity was not released Monday.

“There will be increased security at all campuses,” said Melinda Meza, a school district spokeswoman. Counselors, mental health clinicians and school psychologists are on hand at the school and will be available all week. The safety of our students, staff and teachers remains a top priority. ”