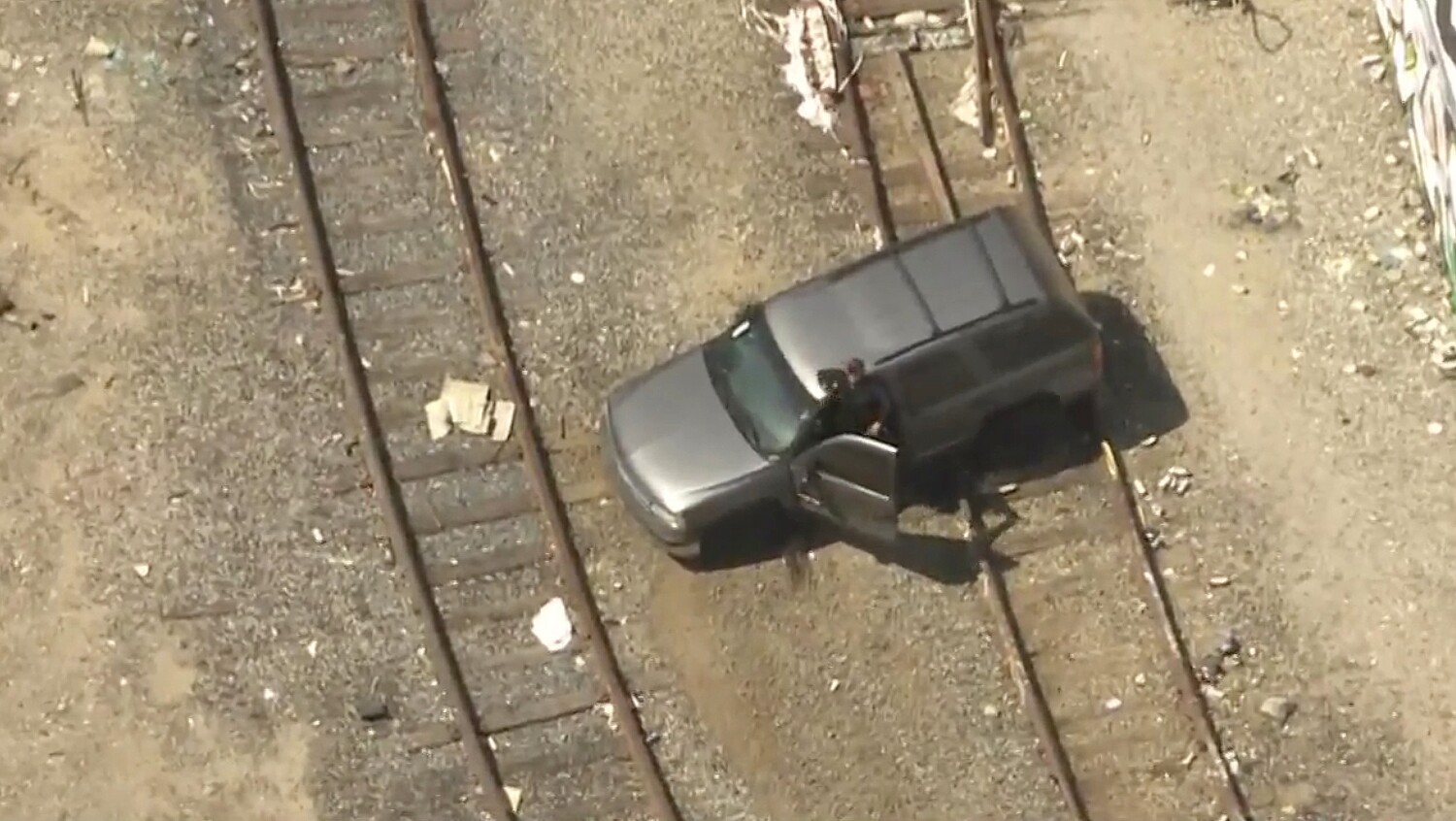 A man suspected of driving a stolen SUV was arrested Friday after a standoff with Los Angeles County Sheriff’s deputies at a rail yard in Boyle Heights.

The incident began around 2:25 pm after a deputy received a report from LoJack, a stolen vehicle recovery system, about a stolen vehicle at a Target parking lot near Firestone Boulevard and the 605 Freeway in Norwalk, said Deputy Alejandra Parra.

The deputy requested a helicopter unit to help track the vehicle as it fled, Parra said.

Information on the pursuit was not immediately available from the Sheriff’s Department; however, City News Service reported the man drove an SUV and led authorities on a high-speed chase on the 5 Freeway before getting onto surface streets where he drove against traffic at times.

The SUV crashed through a chain-link fence and went onto train tracks near Noakes Street and South Hicks Avenue in the Commerce area, and then went westbound on the tracks until the front passenger side tire of the SUV became dislodged.

Sheriff’s officials initially stated the chase came to an end in a portion of the rail yard in Commerce but the location is in Boyle Heights.

After the vehicle was disabled, the man got out and appeared to attempt to jump onto a passing train, but turned and ran toward a fence on Noakes Street between Calada and Calzona streets.

He turned from the fence once deputies arrived on the other side and made his way back to the SUV.

More deputies arrived and drew guns as the man blocked the windshield of the SUV with a sun shade.

Personnel from the department’s Special Enforcement Bureau were called to help deputies from the Norwalk and East Los Angeles stations, and crisis negotiators were on hand to make contact with the suspect, sheriff’s officials said.

The man surrendered and was arrested without further incident around 6 pm, officials said.

Further details were not available.

Anyone with information is asked to call the Los Angeles County Sheriff’s Department Century Station at (323) 568-4800.