A transgender paramedic has said patients have refused her help and spat at her just because of who she is.

Steph Meech, who works for the South East Coast Ambulance Service (Secamb), has been a paramedic for 20 years.

She is based in Polegate, East Sussex and is one of the country’s first openly trans paramedics.

But since coming out Steph says she has received verbal and physical abuse from patients.

She says patients have questioned her identity, spat at her and have even refused her care.

Steph, 53, says that while the ‘majority of people’ are appreciative of her help, the abuse she receives from a minority ‘really hurts’.

‘I’ve had times where I’m treating people and I get spat at, just for who I am,’ Steph told the BBC.

‘As I come to the door usually I get “what are you?” It’s really not okay. I’m a paramedic first and foremost and I’m here to help.’

Steph said since coming out she felt ‘enlightened’ and able to be her true self. She added: ‘This is who I am and I’ve had to keep it hidden for such a long time.’

Secamb, which covers Kent, Sussex and Surrey, has joined a national campaign to tackle the growing aggression and violence against ambulance staff.

Steph, who celebrated two decades of being a paramedic in March, has become one of the local faces of the campaign.

‘The majority of people we go to are so agreeable and appreciative of the help that the ambulance service brings,’ she added.

‘It’s just that few minority that spoil it for everybody. When I come away from these incidents, they do really hurt you deep down.’

Across the country, there were 11,749 reports of ambulance staff being abused or attacked in 2021, a 35% increase on the previous year.

David Monk, a violence reduction support officer at Secamb, said both call handlers and paramedics have been on the receiving end of abuse from the public.

‘We are trying to get staff to have the confidence to come forward and report it so we can identify how much of an issue it is,’ he said.

‘It’s not acceptable for emergency service workers to come to work and be faced with violence. They are normal members of the public like everybody else.

David said staff who were subjected to abuse were ‘supported’ to get the [perpetrators] to court ‘where necessary’ to get the ‘the highest possible sanction’ it can. 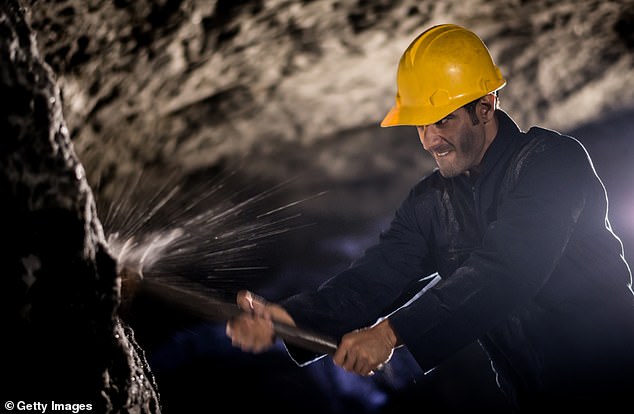